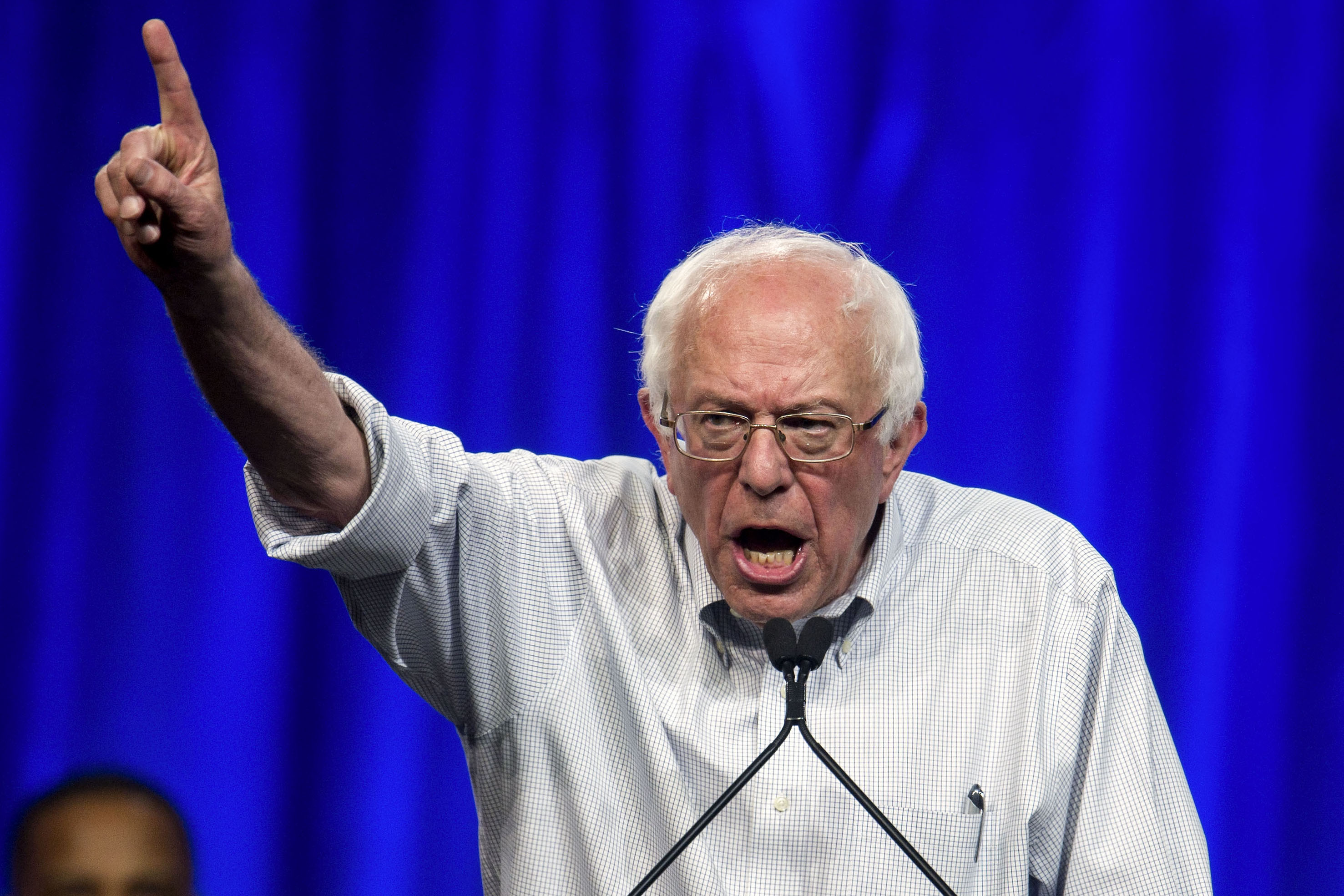 The Democrat Wrecking Ball Has Just Entered The Room—Bernie Sanders

Now it’s time for the Democrat Party to self-destruct

2016 is shaping up to be the most tumultuous, turbulent and tempestuous presidential campaign season in U.S. history It ought to be obvious by now that Donald Trump has taken a wrecking ball to the Republican Party.  Truly, the GOP has never seen anything like it.  The GOP will never see anything even remotely close to this Armageddon flick again.  And it only continues to get worse.

For those in the know, it was evident that The Donald was only the opening act of the upcoming “Greatest Show on Earth”.  He is, after all, one of the world’s premier showmen. Who would disagree that there ain’t anyone like The Donald?  We’re talking about a one man wrecking ball single-handedly destroying a 160 year old political party.  It doesn’t get any more wild and crazy than that.

Except when a passionate Bernie Sanders enters the room and goes after  Democrat Chair Debbie Wasserman Schultz.  What a piece of work?! This woman goes out of her way to antagonize every other Democrat presidential candidate, with the exception of Hillary Clinton, of course, and expects to get away with it. Even the state delegates have tried to force her out so divisive is her campaign strategy and treacherous are her tactics.

Debbie Wasserman Schultz Labeled “an enemy of free speech, as well as a liar” By DNC Vice Chair For those who are blissfully unaware, The Bernie is every bit of a wrecker as The Donald is, maybe even more so because he is just so Bernie.  It’s always the ‘quiet’, unassuming ones who hold the potential for really going ballistic when you least expect it.  Kind of like the guy next door that went postal (in the local U.S. Post Office brandishing and firing guns) when you thought he was on his way to becoming a missionary in Africa.

Yup, Bernie is the type who will begin imploding … only after he’s finished exploding.  One thing for sure: it ain’t gonna be pretty.  The Democrat National Committee (DNC) is gonna look more like a million pounds of TNT … after The Bernie lights the fuse.

You don’t believe it, just you watch.  The Bernie is the type who takes it on the chin — one smack after another — for months, even years on end.  Then, one day, the final smack comes out of the blue that causes him to blow all 8 gaskets.  Who, but a thoroughly perfidious Debbie Wasserman Schultz, could trigger him in such a profound way?  We’re talking about the original Elmer J. Fudd in her quest to shoot Bugs Bunny.

Even though the DNC Restores Sanders Campaign’s Access To Voter Files After Data Breach, Bernie ain’t gonna forget it.  No, he’s really mad about this one. He knows that the DNC will look for any reason whatsoever to diminish his candidacy in favor of Hillary’s. The transparent favoritism is worse than any that anyone has ever seen in presidential politics … … … except maybe the GOP’s disdain for The Donald.

As this campaign wears on, the DNC leadership will continue to overtly put the odds in Hillary’s favor.  They have done it since day one of this election cycle, and will continue to until Hillary crowned.  They seriously fail to realize that, if ever there was a skunk at the coronation, The Bernie is it! The Bernie is well aware that the DNC sent in the disruptive Black Lives Matter activists to shut down his campaign rally in Seattle, WA in August.  He was not even able to speak at his own speaking engagement.  He may be easy to forgive, but The Bernie never forgets.

SOTN Editor’s Note:
SOTN just received an email from one of our readers that could have been written by us. It captures the current crashing and burning of the Democrat Party.

Please bear in mind that the correct name is the Democrat Party, not Democratic Party. Somehow “Democratic” became the more common usage within the mainstream media, but it represents a patently incorrect usage of the word.  From now on, it will be Democrat Party on this news platform.

Back to the excellent email that we received.  Here it is in its totality.

The war on Sanders officially started

Signs of provocative operations by the establishment

It was a matter of time until the establishment open a war against Bernie Sanders. From across the US political spectrum it becomes more and more obvious that Sanders is the one that the establishment fears most.
From usuncut.com :
_
_
Sanders responded to the start of the war by suing the Democratic National Committee. From RT :
This is another sign that the US establishment promotes Hillary Clinton and seeks to destroy the rising popularity that Sanders currently enjoys, making him the most serious enemy of Hillary for the Democratic Party’s nominee.
_
As mentioned in previous article: “Concerning the Democratic debate, the corporate media did everything to present Clinton as the winner, but the social media clearly voted for Sanders. This result gave another reason for the establishment to worry. So, there is no question that the system will definitely promote Hillary Clinton, knowing that she will serve the neocon agenda, but what about the American people?”
_
We should expect to see further provocative operations by the establishment for the purpose of minimizing Sanders’ chances to win the race for the leadership of the Democratic party. It is certain that especially the Wall Street banking mafia will use all means to minimize the risk of Sanders to get closer to the US presidency.