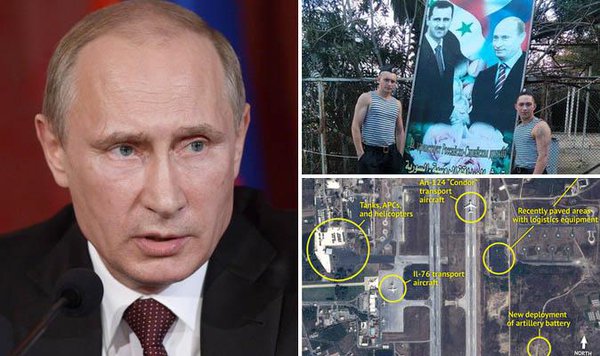 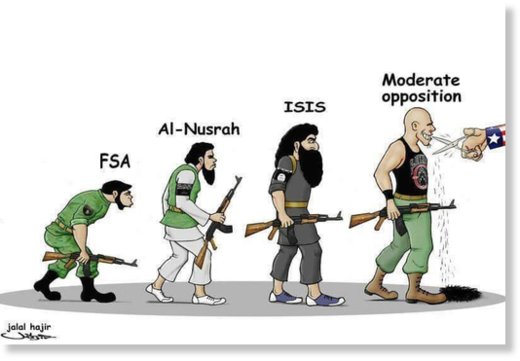 No wonder Full Spectrum Dominance practitioners in the Beltway and beyond are consumed by deep denial.

They look at the Syrian chessboard and as power projection goes, they see Russia comfortably settling down, with a serious land and air base, to conduct all sorts of operations across MENA (Middle East-Northern Africa) in the near future. The Pentagon obviously never saw it coming.

Russia getting deeper into Syria – and in the long run MENA – progresses just as Moscow insists on dealing with assorted NATO members as «partners» in the war against ISIS/ISIL/Daesh. Some stab Moscow in the back, like Turkey. Some may share sensitive military intel, like France. Some may profess the desire to collaborate, like Britain. And some are a geyser of ambiguity, like the US.

Amidst all the ambiguities, «partners» could not be a more delightfully diplomatic way to mask what is a stunning fact in the skies: with its current mix of sophisticated surface-to-air, sea-to-air and air-to-air defenses, from cruise missiles launched out of submarines to the S-400s, the de facto no-fly zone over Syria is now decided by Moscow – not Washington and much less Ankara.

Those S-400s, by the way, will soon move up north around the vastly complex Aleppo theatre, as the Syrian Arab Army (SAA) progressively gains ground.

In the first half of 2016 we should be contemplating a situation where the S-400s will be targeting and covering the whole Turkish-Syrian border. This will be the moment when Turkish President Recep Tayyip Erdogan will completely lose his marbles. Russia’s air cover for the SAA advances – and soon Syrian Kurd YPG advances – is methodically preparing the terrain for the end of all Ankara’s elaborate plans for a no-fly zone disguised as a «safe zone», fully paid by the 3 billion euros disbursed by the EU to Turkey to settle Syrian refugees.

So the logic in the battlefield from now on is clear; the Turkmen – Ankara’s fifth column, heavily infiltrated by Turkish Islamo-fascists – are being pushed back to Turkish territory, all across the spectrum. And the YPG will soon have a chance to unite all three Syrian Kurdish cantons across the border.

When that happens, call it, in a nutshell, the victory of one coalition – the «4+1» (Russia, Syria, Iran, Iraq plus Hezbollah) – against another (the pared-down NATO-GCC combo) in this surrealist war of two different coalitions against ISIS/ISIL/Daesh.

And every Full Spectrum Dominance practitioner not blinded by ideology will clearly see why the «4+1» is winning; it’s a graphic case of a small but highly motivated and perfectly streamlined air force positioned in the right place with the right weapons and counting on good ground intel. The US-led coalition, which I chose to call Coalition of the Dodgy Opportunists (CDO) have none of the above.

Washington is in a quagmire of its own making. And virtually everything has to do with the astonishing mediocrity of the Obama administration’s so-called «senior» foreign policy team.

Team Obama always neglected how Riyadh and Doha, directly, and then via «private donors» – coordinated by the notorious Bandar Bush in person – financed both al-Nusra and Daesh.

Team Obama always derided Iran as a «hostile» nation, a «threat» to the GCC vassals and Israel. So everyone allied or supported by Tehran was also «hostile» or a «threat»: the government in Damascus, Hezbollah, Iraqi Shi’ite militias trained by Iran, even the Houthis in Yemen.

And to top it off, there’s «Russian aggression», manifested in Ukraine, and then with Moscow «interfering» in Syria, via what was interpreted by Team Obama as a crude power play in the Eastern Mediterranean.

Amidst all the current shadow play, the true test of the Obama administration’s intentions is whether the US coalition will really fight Daesh, al-Nusra and Ahrar ash-Sham (which harbors a lot of jihadists from Chechnya, Dagestan and Uzbekistan), with no reservations.

This would imply Team Obama telling both Ankara and Riyadh, in no uncertain terms, to back off. No more Jihad Express. And no more weaponizing. Without these red lines, the Syrian «peace process» juggling between Vienna and New York does not even qualify as a joke.

No one should be holding their breath. As no one should be reasonably expecting that an astonishing mediocre, lame duck Team Obama would have the balls to confront Wahhabism as the true ideological matrix of all strands of Salafi jihadism, «moderate rebels» included.

Which brings us back to all that angst simmering across the Beltway. With or without Team Obama, the fact remains: no conquered – or at least balkanized – Syria, no Full Spectrum Dominance.