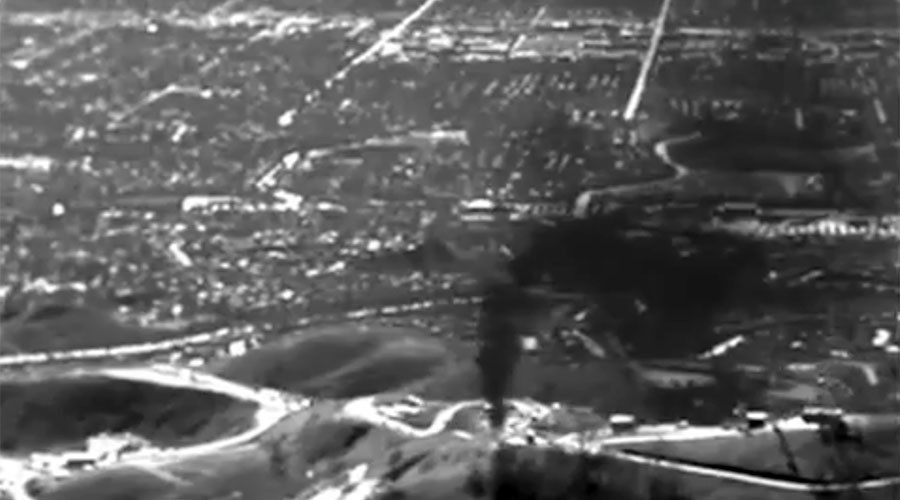 The Aliso Canyon Methane Gas Leak has already been called “the equivalent of the BP oil spill on land, in a populated community.”*

*Aliso Canyon Methane Gas Leak: “This is the equivalent of the BP oil spill on land, in a populated community.”

Clearly this ongoing methane leak is on the order of the BP Gulf oil spill only it poses a more serious immediate threat to human health.  How so?  Because it is primarily airborne methane gas which can hover in plumes over residential areas.  This is exactly why the article posted below reports that 2500 families have been evacuated — It’s a full-blown catastrophic emergency.

California is jolted by yet another environmental disaster and here Governor Jerry Brown only now declares an emergency.  What in the world took him so long to do the obvious?  This is the BP Gulf oil spill take two.  In that particular case the U.S. Federal Government never even declared an official emergency.

Of course, this time it’s methane gas, not oil.  Just how serious is a methane gas leak?   As follows:

“Methane is not toxic below the lower explosive limit of 5% (50000 ppm). However, when methane is present at high concentrations, it acts as an asphyxiant. Asphyxiants displace oxygen in the air and can cause symptoms of oxygen deprivation (asphyxiation). The available oxygen should be a minimum of 18% or harmful effects will result. Methane displaces oxygen to 18% in air when present at 14% (140000 ppm). It is not expected to cause unconsciousness (narcosis) due to central nervous system depression until it reaches much higher concentrations (30% or 300000 ppm) – well above the lower explosive limit and asphyxiating concentrations.

Effects of oxygen deficiency are:

12-16% – breathing and pulse rate are increased, with slight muscular incoordination;

Just how serious is this methane gas leak?  The following headlines tell part of the story.  Just like the BP spill, it appears that neither the government nor the corporate offender can be relied upon to volunteer accurate or vital information.  Hence, the affected residents will be forced to ferret out the truth however they can.  Here’s a start.

Aliso Canyon: How bad is the California gas leak disaster?

California Has a Huge Gas Leak, and Crews Can’t Stop It Yet

Hopefully, the folks in California now get the picture.  This methane leak disaster needs a very deliberate and speedy resolution if Los Angeles is to be unaffected.  The greater LA area has approximately 20 million people who ought to stay on top of this situation as it continues to develop.

However, as was the case with the BP Gulf oil spill, given the nature of this leak it is not going to be an easy fix.  Even the relief wells have their problems which means that the local area may have to remain evacuated for some time … as in forever!

A court ordered SoCal Gas Company to provide temporary housing for thousands of Porter Ranch, Los Angeles, residents made sick from fumes from a massive gas leak. An infrared camera captured the size of the gas plume that’s been leaking for two months.

The court order issued on Wednesday will come as a relief to more than 2,500 families in Porter Ranch, a northwest San Fernando Valley community, who have been waiting to be relocated by SoCal Gas since the leak began spewing methane into their homes and schools on October 23.

As of Tuesday, the company had paid for temporary housing for more than 2,000 other households,according to the Los Angeles Times. There are 30,000 residents who live in Porter Ranch, an upscale bedroom community of gated developments where the average 4,000-square-foot home is sold for $1 million.
http://twitter.com/billkilby_/status/675760346284470273/photo/1?ref_src=twsrc%5Etfw
Judge Emilie Elias directed the gas company to relocate the remaining residents within 24 to 72 hours. The court order follows a restraining order sought by the Los Angeles city attorney that would have required the company to relocate residents within 48 hours of their request, and called for a “special master” to oversee the moves.

The gas company is having increasing difficulty finding alternative housing nearby, because most of the available hotel, motel rooms and rental homes have already been snapped up by relocated Porter Ranch families.

The shortage is also sending home rental prices as high as $8,500 a month as landlords, who prefer leases of a year or longer, seek compensation for renting properties for much shorter terms than the three to four months SoCalGas said it needs to cap the damaged well.
http://twitter.com/ecolawyers/status/678039371530956801/photo/1?ref_src=twsrc%5Etfw
New aerial footage of the leak was also released on Wednesday by the Environmental Defense Fund, which captured the intensity of the leak by infrared camera. The video footage shows a steady, thick plume pouring into the air over a densely packed residential area. It is hard to judge the width of the plume from the video, but EDF said it is pumping out 62 million cubic feet of methane into the atmosphere each day. Methane packs 80 times the 20-year warming power of carbon dioxide.

“What you can’t see is easy to ignore. That’s why communities that suffer from pollution from oil and gas development are often dismissed by industry and regulators,” said Earthworks spokesman Alan Septoff in a statement. “Making invisible pollution visible shows the world what people in Porter Ranch have been living with every day for months.”

Trouble began at SoCal gas’ Aliso Canyon, a gas storage field, on October 23, when gas company employees noticed a leak out of the ground near a well called SS-25. Efforts to fix the leak were unsuccessful as gas billowed downhill into Porter Ranch, and customers a mile away began to complain about the smell.
http://twitter.com/liberalismRR/status/679286879238283264/photo/1?ref_src=twsrc%5Etfw
Since then, thousands of complaints of headaches, nausea and nosebleeds have been made to the South Coast Air Quality Management District.

LA Weekly reported that the well was drilled in 1953 and was designed with a sub-surface safety valve 8,451 feet underground. That valve broke and was removed in 1979, but was never replaced. The company says it will take until March for them to drill a relief well to resolve the problem and cap the current well.

“I hate seeing SoCalGas’ pollution billowing over my home and community. Knowing this gas leak has been polluting us since October and won’t stop until March, if then, makes it clear there’s only one way to keep us healthy and safe now and in the future,” said Matt Pakucko, president of Save Porter Ranch in a statement.“[California] Governor [Jerry] Brown needs to shut down the Aliso Canyon facility.”

The Los Angeles Times reported earlier this month that the LA city attorney sued SoCalGas, alleging that the utility failed to prevent the leak and then exacerbated “the effects of that failure by allowing the acute odor and health problems faced by the community to persist for more than one month, to say nothing about the indefinite time it will persist into the future,” according to court papers.
http://twitter.com/RT_America/status/615697547466661888/photo/1?ref_src=twsrc%5Etfw
Gas officials could be deposed in that case as soon as January 7, according to the city attorney. The city wants to determine the cause of the leak, the amount of gas released, and the effectiveness of the air infiltration systems being provided by the company, the newspaper reported.

“Events of this size are rare, but major leakage across the oil and gas supply chain is not. There are plenty of mini-Aliso Canyons that add up to a big climate problem – not just in California, but across the country,” said Tim O’Connor, director of Environmental Defense Fund’s California Oil & Gas Program in a statement.“Regardless of what the future holds for the Aliso Canyon storage field, this is one reason why strong rules are needed to require that oil and gas companies closely monitor for and manage methane leaks.”