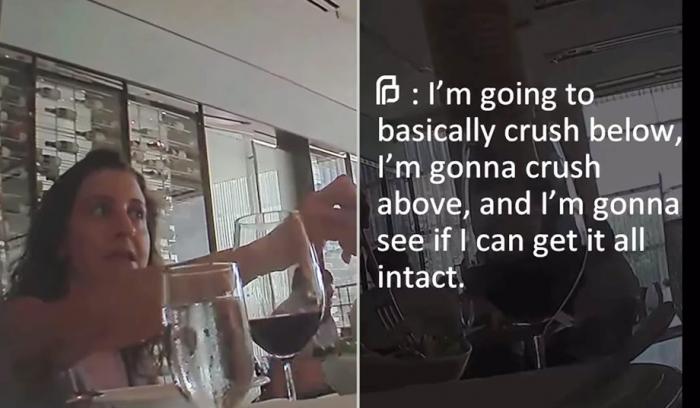 SOTN Editor’s Note:
As soon as the “rampage” at the Colorado Planned Parenthood clinic was reported in the MSM (Mainstream Media) where 3 people were killed including an officer, it was clear that it was another fabricated shooting event, government-coordinated and all.

What better way was there to take the spotlight off the worst scandal in the history of Planned Parenthood?  The systematic selling of aborted fetal body parts has already left most of the nation in shock.  That Planned Parenthood (PP) receives hundreds of millions in tax dollars makes their vile crime against unborn all the more repugnant.

Were the American people to weigh in on this odious institutional behavior themselves, without the involvement of Congress, those female medical directors and administrators would already be in prison.  They would be publicly compared to those who performed the notorious medical experiments in Nazi Germany.

The very fact that those who committed these heinous crimes against the defenseless unborn were almost exclusively women makes this whole sordid affair that much more outrageous.  One would think that female medical directors and administrators would go out of their way to protect life as nurturing is a part of a mother’s nature.  No, these women were bidding and bartering over aborted fetal body organs and tissues like they were at the local livestock auction.

What is truly shocking about the official response of Planned Parenthood management and legal team is that they have decidedly embarked on an offensive strategy trying to turn the tables on those who have videotaped their contemptible criminal conduct.  Rather than humbly admit their transgressions against the most powerless among us — the unborn — they have taken to an extremely aggressive and immoral strategy of accusing their accusers of doing wrong.

You really can’t make this stuff up.  The PP senior management throws fuel on the fire that everyone knows they started and attempts to incriminate patently innocent parties of arson.  Then the PP arsonist sends their lawyers and lobbyists to Congress to force a false indictment of the brave souls who carried out the sting operation which caught them (PP) with the matches in their hands.  Really, you can’t make this stuff up!

Those PP people not only have no conscience, as in devoid of any moral compass, they have no humanity.  They are so absorbed in their business of fetus dismemberment and  body-part selling that they won’t let anything or anyone shut down their profitable business enterprise.  Hence, they conjure up all manner of deception and deceit, diversion and distraction to misdirect those who are really on their trail.

To make matters even worse for the truth-tellers, Planned Parenthood has marshaled the forces of the most liberal organs of the MSM propaganda machine to their dishonorable cause.  The article posted below is presented as evidence of just how far these folks have fallen.  It is also posted as proof of the purpose of the well-planned black operation on the CO clinic in order to change the national conversation about their illicit business venture.

The Huffington Post was fully expected to endorse this exposed black market in fetal body parts.  A quick look at that news platform reveals that there is no depravity that HuffPo won’t trumpet with their characteristic shamelessness and bravado.  Of course, the PP strategists have systematically enlisted the aid of all the major MSM outlets of degeneracy.  The headline below is the dead giveaway that this false flag operation was planned all along with the explicit purpose of shutting down a “witch hunt”.

WOW!  They at least got that right — those Planned Parenthood women really are witches — quite evil witches at that.

*Planned Parenthood has been caught up in a pattern of deflection ever since they got caught red-handed in their criminal body-part selling enterprise.  The link below explains further.
Planned Parenthood false flag: they hacked their own website to play victim as a public relations gimmick

One senator called on her GOP colleagues to stop the “witch hunts” against the health care provider. Nearly a month after a deadly mass shooting at a Colorado Planned Parenthood clinic, House Republicans are marching ahead with their special investigation into the family planning provider, despite calls for them to redirect their focus toward domestic terrorism at abortion clinics.

Inspired by the same series of debunked undercover videos that the Planned Parenthood shooter, Robert Dear, cited as his motive, GOP leaders in the House established a select committee with the sole purpose of investigating the abortion practices of Planned Parenthood. The videos purport to show doctors discussing the sale of fetal parts for profit — a claim that has inspired much inflammatory rhetoric from Republican politicians — but so far, a federal investigation and multiple state investigations into the women’s heath care provider have turned up no evidence of wrongdoing.

Since the Colorado shooting, which left three dead, Democrats and women’s rights advocates have been calling on Republicans in Congress either to drop their investigation into Planned Parenthood or redirect its focus toward increasing threats of violence at women’s health clinics. In addition to the high-profile shooting, there have been four lesser-known arsons at Planned Parenthood clinics and numerous death threats to abortion providers in recent months.

Sen. Barbara Boxer (D-Calif.) called on House Speaker Paul Ryan (R-Wis.) to disband the special committee in light of these incidents, suggesting that the anti-Planned Parenthood rhetoric in Congress is contributing to an atmosphere of violent extremism that leaves clinics vulnerable to attacks.

“It is time to stop the demonizing and witch hunts against Planned Parenthood, its staff and patients, and the lifesaving health care it provides to millions every day,” she said.

The Feminist Majority Foundation, a women’s equality nonprofit founded by Gloria Steinem in 1987, launched a campaign on Wednesday urging Congress to investigate the Center for Medical Progress, the anti-abortion group behind the inflammatory videos, and Troy Newman, a prominent anti-abortion activist and CMP board member who has argued that the murder of abortion providers is justified. Ads appearing in major media outlets like Politico and the Washington Post demand, “When did the right to life become the right to terrorize?”

“The House Select Investigative Panel must call on Newman and other CMP officials to answer questions under oath about how their activities may have contributed to anti-abortion harassment, intimidation, and terrorizing of abortion providers,” FMF President Eleanor Smeal said in a statement.

While Republicans have condemned the Planned Parenthood shooting, they have also stood by their efforts to investigate the provider. Rep. Marsha Blackburn (R-Tenn.), the leader of the select committee, said in a statement that Democrats should stop “playing politics with this tragedy.”