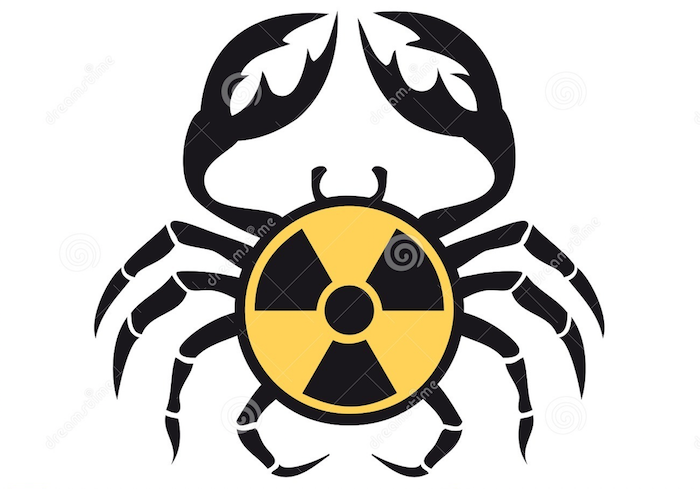 TMR Editor’s Note:
The “radioactive seafood” scenario due to Fukushima nuclear contamination of the Pacific Ocean will not go away, and only gets worse by the year.  Unfortunately, the U.S. Federal Government has been completely uncooperative in sharing the accurate data and relevant information.  Whatever updates authorities do disseminate cannot be trusted since environmental radiation is the most radioactive topic in government today.

As a result, reports like the one posted below are extremely difficult to confirm.  It has even been alleged that all radiation detectors and Geiger counters that are sold in the USA have been calibrated to give false readings.  Such a conspiracy, if it does exist, represents criminal collusion between the government and the manufacturers.  This is a very serious allegation which must be verified by any means possible.

West Coast fisherman who have seen hard evidence of radiation toxicity or poisoning are encouraged to send digital photos to this address: themillenniumreport@gmail.com.  That type of evidence seems to be the best at this point in time.

Just 1 week after this web site broke news of Fukushima radiation in fish & seafood, California officials have cancelled commercial crab season “indefinitely” citing “protection of the public health.” Yet in a classic case of “if you can’t dazzle them with brilliance, baffle them with bull****” California officials have offered the following absurd reason to the public for this action:

Global warming has heated the ocean to the point that a particular algae, Pseudo-Nitzchia, is blooming in great swaths along California’s coast.  The algae produces a neurotoxin called domoic acid which accumulates in crab and other seafood. If consumed by humans the neurotoxin can cause memory loss, tremors or death.

However, workers in the California Fish and Game Commission have revealed to SuperStation95 that the real reason for cancelling this $60 million per year commercial seafood season is: Radiation contamination of seafood from the Fukushima nuclear disaster in Japan.

According to these workers, who requested anonymity because they fear losing their jobs, radiation levels in local crab, especially Rock crab, were so high that officials feared anyone who consumed the crabs would suffer immediate sickness traceable directly back to the seafood.  “If people started connecting the dots proving radiation in seafood was making them sick, it would utterly destroy California’s seafood industry in days” they said.

To cover up the industry-destroying truth, high ranking state political officials instructed the Fish and Wildlife Commission that it would be better to say “some other reason for cancelling the crab season, so as not to panic the public or wreck our industry.”  The thinking by the political people was that as long as the public was protected from eating the contaminated food, they didn’t need to know the real reason for it.

This is yet another nail in the coffin of California and other west coast sates, all of which are now receiving ever-increasing dosages of radioactive materials carried to north America by prevailing ocean currents from Fukushima, Japan.

In March, 2011 an earthquake off the coast of Japan caused a Tsunami which hit the Fukushima Nuclear Power Plant, causing three reactors to melt down and explode.

This is what the Fukushima Nuclear Power Plant in Japan looked like Before / After the explosions and Meltdowns.

As you may notice in the images above, the Fukushima Daichi Power Plant is located on the coastline of Japan. Like all coastlines, the ground slopes toward the ocean. This created a problem that the Tokyo Electric Power Company (TEPCO) didn’t tell anyone about until a full YEAR after the disaster took place: Ground water, flowing from inland, was seeping beneath the blown-up rectors, coming into contact with the melted-down reactor cores, becoming highly radioactive, then flowing into the Pacific Ocean. 300 Ton of this radioactive water has been seeping into the Pacific Ocean EVERY DAY since March 15, 2011. Nothing has stopped it and the flow continues to this very day, October 31, 2015. Here’s how it is taking place:

TEPCO wanted to build a “freeze wall” (shown in the graphic above) to freeze the ground and the water, to stop the flow.  They tried.  They failed.  The radiation and heat coming from the melted down reactor cores – which melted through the reactor and melted into the ground – is making the water too hot.  They can’t freeze it.  There is no “wall” to stop the flow!

Hundreds-of-thousands of these sea creatures have already died from the radiation and millions more are sick and dying to this day. People who consume this seafood are ALSO getting contaminated by radiation.

Generally speaking, two surface currents — one from the south, called the Kuroshio, and one from the north, called the Oyashio — meet just off the coast of Japan at about 40 degrees north latitude. The currents merge to form the North Pacific current and surge eastward. Fukushima lies at 37 degrees north latitude. Thousands of miles later, the currents hit an upwelling just off the western coast of the United States and split. One, the Alaska current, turns north up the coast toward British Columbia and Southeast Alaska. The other, the California current, turns south and heads down the western seaboard of the U.S. These currents are spreading the radioactive material from Japan.

As of June, 2015, the radiation in the Pacific Ocean reached the US West Coast; the seafood you’ve been eating from the Pacific ocean is loaded with Cesium-137 and Strontium-90. Both radioactive.  Strontium-90 mimics calcium.  It ends up getting deposited in human bones, where the radiation wreaks havoc with bone marrow, causing bone cancers and blood cancers like Leukemia.

The radiation in the fish is so terrible that wild-caught Alaskan Salmon, Pacific Herring and Canadian white fish are being found bloody, with cancerous tumors throughout their bodies.  Now, California has had to officially cancel commercial crab season.

One does not have to be a nuclear scientist to read the writing on the wall.  Just ask yourself: Is it more likely or not  that the _real_ reason for this entire ban on commercial crabbing is from some bizarre algae or is the culprit the tons of radioactive material spewing into the Pacific Ocean for over four years and finally reaching California?  The answer should be obvious to anyone who can think logically.