Is The NWO Globalist Cabal Prepping For World War III? 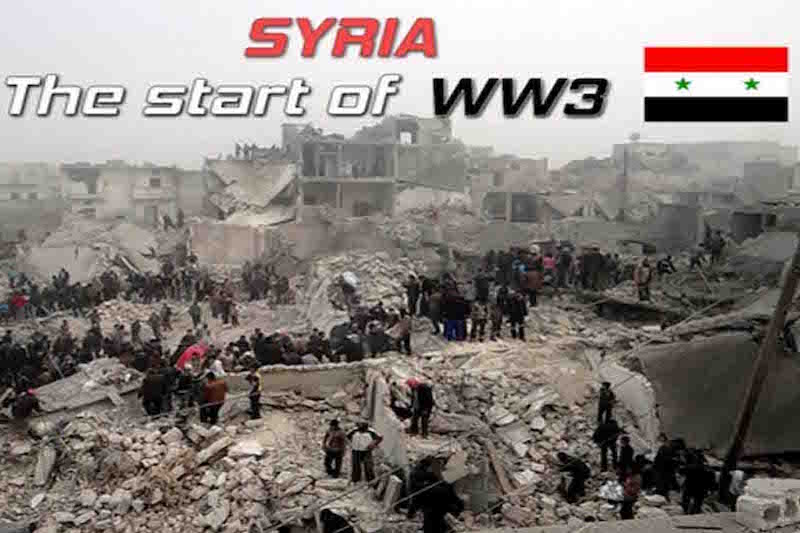 Is The NWO Globalist Cabal Prepping For World War III?

‘Extremely Unusual Events’ Suggest Prelude To WW3 As US Proxy War With China And Russia Gets Ready To Explode Burning Hot! By Stefan Stanford – All News Pipeline – Live Free Or Die

In the brand new video below from PressResetEarth we’re shown a series of extremely unusual events that suggest to us that a ‘non-proxy’ World War 3 is near and at any moment could explode upon us.

Back in September, ANP published a story in which we showed you signs everywhere that World War 3 had already begun. Since that time we’ve seen a massive uptick in ‘proxy events’ and as our videographer proves to us below, this proxy war that has been ongoing now for months may soon go hot.

Our videographer covers an awful lot of information in this video, all news links documented at the bottom of this story, and as he tells us right away, things are rapidly ramping up.

Even the Drudge Report recently linked to a NBC story about the missile over LA and asked “Why is the Pentagon Simulating Attack On LA?” while alluding to nukes amid a ‘California freakout’. With the recent announcement that over 50 US Special Forces are going to Syria and confirmed reports that Russia already has boots on the ground in Syria, we can only await disaster while praying cooler heads emerge in the region.

However, the recent Trident missile launch off of the West Coast of America suggests that tensions may have already gone beyond the breaking point as suggested in this story from Mike Adams at Natural News.

We also see another story over at Natural News that shows us once again, the rich and elite are preparing for what’s coming with high-tech high-security and impenetrable homes with bullet-proof everything. What do the elite know that we don’t know?

While some of what our videographer suggests in this video is pure speculation and ANP does not completely agree with all of his speculation, we’re also shown enough information to realize we’re standing at the edge of a potential nuclear apocalypse that’s as easy to see as Saturday nights missile over LA. From a recent Zero Hedge story called “Is Washington Preparing For World War 3?”

The US military-intelligence complex is engaged in systematic preparations for World War III. As far as the Pentagon is concerned, a military conflict with China and/or Russia is inevitable, and this prospect has become the driving force of its tactical and strategic planning.

Three congressional hearings Tuesday demonstrated this reality. In the morning, the Senate Armed Services Committee held a lengthy hearing on cyberwarfare. In the afternoon, a subcommittee of the House Armed Services Committee discussed the present size and deployment of the US fleet of aircraft carriers, while another subcommittee of the same panel discussed the modernization of US nuclear weapons.

None of the hearings discussed the broader implications of the US preparations for war, or what a major war between nuclear-armed powers would mean for the survival of the human race, and even of life on our planet. On the contrary, the hearings were examples of what might be called the routinization of World War III. A US war with China and/or Russia was taken as given, and the testimony of witnesses and questions from senators and representatives, Democrats and Republicans alike, concerned the best methods for prevailing in such a conflict.

The hearings were component parts of an ongoing process. The witnesses referred to their past writings and statements. The senators and representatives referred to previous testimony by other witnesses. In other words, the preparations for world war, using cyber weapons, aircraft carriers, bombers, missiles and the rest of a vast array of weaponry, have been under way for a protracted period of time. They are not a response to recent events, whether in the South China Sea, Ukraine, Syria or anywhere else.

Each of the hearings presumed a major US conflict with another great power (sometimes unnamed, sometimes explicitly designated as China or Russia) within a relatively short time frame, years rather than decades.

Thermonuclear missile launch near Los Angeles is final sign of World War III on the precipice… US, China and Russia all escalating covert attacks in run up to global war – http://www.naturalnews.com/051884_Tri…