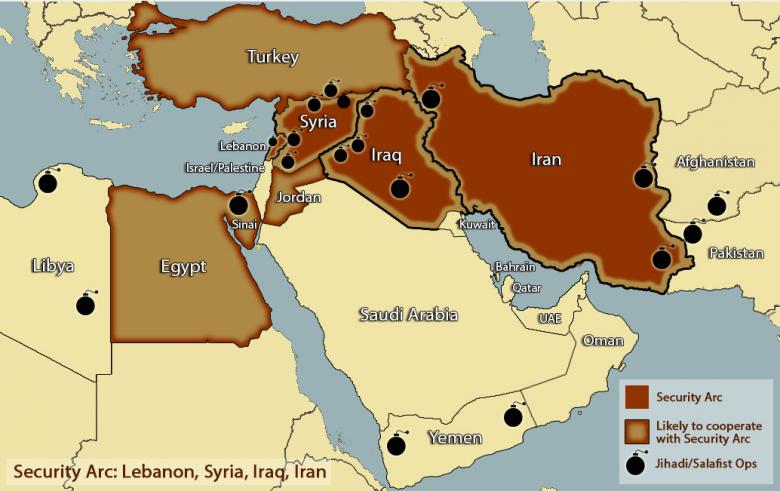 Reports indicate an unprecedented terrorist attack has unfolded in France, with over 150 dead, many more injured and reports still trickling in regarding the full-scale of the violence. The  BBC in its report, “Paris attacks: Bataclan and other assaults leave many dead,” stated:

France has declared a national state of emergency and tightened borders after at least 120 people were killed in a night of gun and bomb attacks in Paris.

The siege ended when security forces stormed the building.

People were shot dead at bars and restaurants at five other sites in Paris. Eight attackers are reported to have been killed.

The BBC has also released a graphic indicating at least 5 separate locations where the attacks unfolded, while other media organizations have reported that both bombs and small arms were employed, including military rifles.

How Did France’s Expanding Surveillance State Miss This?

On a scale significantly larger than the previous Paris terror attack carried out against several targets across the capital in January of this year ending in the death of 12, the Western media is already assigning blame to the so-called “Islamic State” (ISIS/ISIL) or those “inspired” by ISIS.

It was in the wake of the January attacks that France expanded its already towering surveillance state. The Guardian in an article titled, “France passes new surveillance law in wake of Charlie Hebdo attack,” reported:

The new law will allow authorities to spy on the digital and mobile phone communications of anyone linked to a “terrorist” inquiry without prior authorisation from a judge. It forces internet service providers and phone companies to give up data upon request.

Intelligence services will have the right to place cameras and recording devices in private homes and install so-called keylogger devices that record every key stroke on a targeted computer in real time. The authorities will be able to keep recordings for a month and metadata for five years.

One of the most contentious elements of the bill is that it allows intelligence services to vacuum up metadata, which would then be subject to analysis for potentially suspicious behaviour. The metadata would be anonymous, but intelligence agents could follow up with a request to an independent panel for deeper surveillance that could yield the identity of users.

Despite having allegedly lacked these capabilities before the “Charlie Hebo attack,” it would be revealed shortly after that indeed, French security agencies were extensively familiar with the attackers years beforehand – letting the suspects “drop from their radars” just 6 months before the attack occurred, precisely the amount of time generally required for planning and executing such an attack. Slate Magazine would report in their article, “The Details of Paris Suspect Cherif Kouachi’s 2008 Terrorism Conviction,” that:

Kouachi was arrested in January 2005, accused of planning to join jihadists in Iraq. He was said to have fallen under the sway of Farid Benyettou, a young “self-taught preacher” who advocated violence, but had not actually yet traveled to Iraq or committed any acts of terror. Lawyers at the time said he had not received weapons training and “had begun having second thoughts,” going so far as to express “relief” that he’d been apprehended.

CNN would report in an article titled, “France tells U.S. Paris suspect trained with al Qaeda in Yemen,” that:

Western intelligence officials are scrambling to learn more about possible travel of the two Paris terror attack suspects, brothers Said and Cherif Kouachi, with new information suggesting one of the brothers recently spent time in Yemen associating with al Qaeda in that country, U.S. officials briefed on the matter told CNN. Additional information from a French source close to the French security services puts one of the brothers in Syria.

The Wall Street Journal would reveal in an article titled, “Overburdened French Dropped Surveillance of Brothers,” that:

The U.S. provided France with intelligence showing that the gunmen in the Charlie Hebdo massacre received training in Yemen in 2011, prompting French authorities to begin monitoring the two brothers, according to U.S. officials. But that surveillance of Said and Chérif Kouachi came to an end last spring, U.S. officials said, after several years of monitoring turned up nothing suspicious.

It is abundantly clear that the “Charlie Hebo attack” suspects were dangerous terrorists, tracked by the government because of this fact, but inexplicably allowed to continue on with their activities until they inevitably carried out a deadly act of terrorism on French soil – an act of terrorism quickly exploited to ramrod through unpopular security bills and further perpetuate France’s unpopular role in America’s various extraterritorial military adventures abroad, including the West’s proxy war in Syria.Those involved in this most recent attack will also likely be revealed to have been tracked by French security agencies long before the attacks – this is because the attacks will, by necessity, need to be linked to the Syrian conflict to justify the recent appearance of France’s largest warship, the nuclear-powered aircraft carrier, the Charles de Gaulle, off the coast of Syria, and the much larger Western military intervention needed in order to save a proxy war that has been all but lost by the West.

As the refugee crisis expanded in Europe, it was warned that it would be purposefully manipulated to create maximum hysteria to justify more direct military intervention in the West’s losing proxy war in Syria.

In a previous report titled, “Can Pan-European Hysteria Save NATO’s Syrian War?,” it was warned that:

What is taking form is a controlled strategy of tension, where far-right groups are being arrayed against the migrants and their European supporters, to create hysteria and eventually violence that will be leveraged by those who orchestrated it.

All that was left to complete the equation was an incredible act of galvanizing violence that would create the long-absent public support the West needed to justify further meddling in Syria – public support that the narratives of “helping freedom fighters,” recycled lies regarding “weapons of mass destruction,” and tales of “barrel bombs” failed to generate.

Among the targets in this most recent attack was a football stadium hosting a French-German match attended by French President François Hollande himself – which is particularly important to note since foreknowledge of Hollande’s location would have required significant planning and preparations. The choice of attacking a football stadium is also significant, considering that undoubtedly the primary demographic attending the football match would have been those most vocally opposed to the expanding refugee crisis. In other words, it was an attack designed specifically to provoke French public opinion into supporting action.

The scale of the attack is that of a military operation. It would have required a large group of well trained militants, well armed and funded, with experience in planning and executing coordinated military operations, moving large amounts of weapons clandestinely, experts in the use of weapons and explosives, as well as possessing intelligence capabilities used to somehow circumvent France’s increasingly colossal surveillance capabilities. Like the terrorists and their supply lines pouring out of NATO-territory into Syria itself, clearly with immense state sponsorship behind them, those involved in the most recent attacks in Paris are also clearly the recipients of state-sponsored funding and training.

While France will undoubtedly try to use this attack to justify further intervention in Syria to topple the government in Damascus, it was most likely France’s own allies in Turkey, Jordan, Saudi Arabia, Qatar, and even Paris itself who were directly or indirectly involved in the training, arming, and funding of those who spilled blood on Parisian streets this week.

Conveniently, the French flagship, the nuclear-powered aircraft carrier Charles de Gaulle was just sent to Syria’s coast last week. It is now poised to take part in any expanded military campaign predicated on the attacks that just unfolded in Paris.

The first and most important question in examining any great crime is “cui bono?” or to whose benefit? Attacking Paris, and in particular a football match full of nationalists already increasingly violent and hysterical seems to only benefit a government seeking further justification to wage wider war abroad – a war it is currently losing and a war it currently lacks wide public support to continue fighting. It now, all so conveniently, has the support it was looking for.