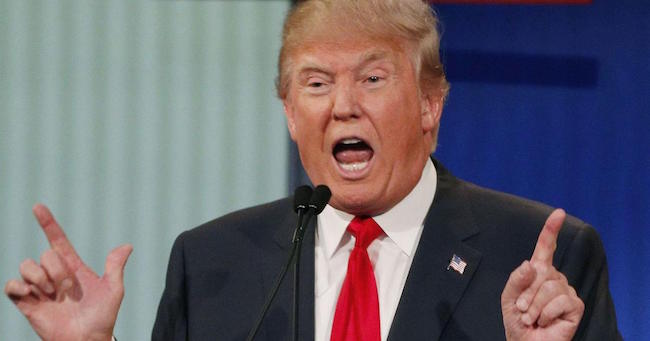 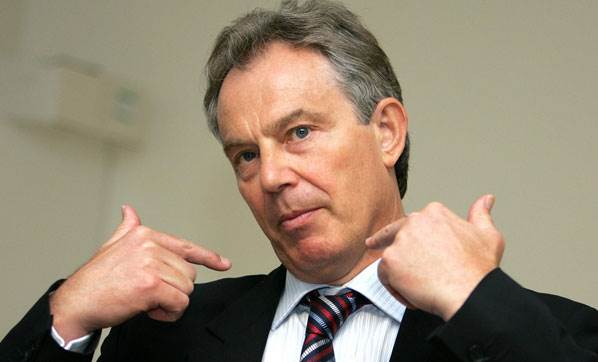 Donald Trump is a very imperfect presidential candidate.
But his comments often reflect a far deeper understanding
of politics than the oligarchs and corrupt officials who have
dominated the political landscape for decades.

That became crystal clear again this weekend after Tony
Blair’s non-confession about “intelligence mistakes” in his
decision to back President Bush’s invasion of Iraq.
Tony Blair FINALLY Admits – The Iraq Conflict Contributed To The Rise Of ISIS

In his discussion of American interventions in the Middle East,
Trump states boldly (and accurately) that the region would be
much better off if we had not taken out Hussein and Gaddafi.
Trump: World Better with Hussein and Gaddafi in Power

Irrespective of whether “mistakes” were made or whether as
many claim that the entire adventure relied on 9/11 as a pretext
for wars of aggression, this half-assed confession by Blair
after years of denial and obstruction of the official British
inquiry (Chilcot) is a pathetic limited hang-out.

The colossal waste of lives, resources and good-will irreparably
injured countless millions of innocent people while transforming
the region into a wasteland of failed states and warring factions.

Blair is a war criminal and should be tried by the ICC or a special
tribunal to deal with the violations of Nuremberg represented by
Western foreign policy.

He should have a lot of company in the docket when the hearings
take place including George W. Bush, Dick Cheney, Donald Rumsfeld,
Hillary Clinton, John McCain, David Petraeus, Barack Obama and
countless other Neocons associated with the Wolfowitz Doctrine.

These are the clique who eagerly promoted “shock and awe” in Iraq,
the right to protect in Libya, regime change in Syria, drone attacks
in Pakistan, Saudi bombing of Yemen, the entire Afghanistan debacle
and other violations amounting to crimes against humanity and
violation of international law.

While Trump is not yet prepared to step up and embrace this
demand for accountability, implicit in his comments are a deep
distrust of those who set this regional inferno in motion. This is
best evidenced when he states (paraphrasing): “I don’t know if
we created ISIS but I think the rebels we are backing are ISIS!”

Well many folks are a lot clearer about Western funding of ISIS,
the Arab Spring, Color Revolutions and other causes of great
anguish around the planet. The public record is making it
harder and harder for those like Blair to be in denial about the
true scope of Western perfidy.

As Tony Cartalucci has consistently documented over the years,
ISIS is clearly the product of state sponsorship:
US-Turkey “Buffer Zone” to Save ISIS, Not Stop Them

And as David Knight so powerfully states: “This is not blowback;
this is a criminal conspiracy to create ISIS!”
How Tony Blair Created ISIS
http://www.infowars.com/how-tony-blair-created-isis/

Will Trump elevate the conversation to the next level and call
for accountability consistent with international law? Perhaps
it is too much to expect that he could so quickly morph from
showman to statesman.

Considering his stated comfort level with President Putin who has
transformed himself from a lowly KGB operative to a creative
force for peace on the world stage, it is worth hoping that Trump
can raise his vision in the foreign policy arena and learn from
the Russian president to do what is right.

Only such actions have any possibility of making America great again!

What If They Gave a War and Everyone Came?