Nanotechnology found in popular foods, despite repeated denials by regulator 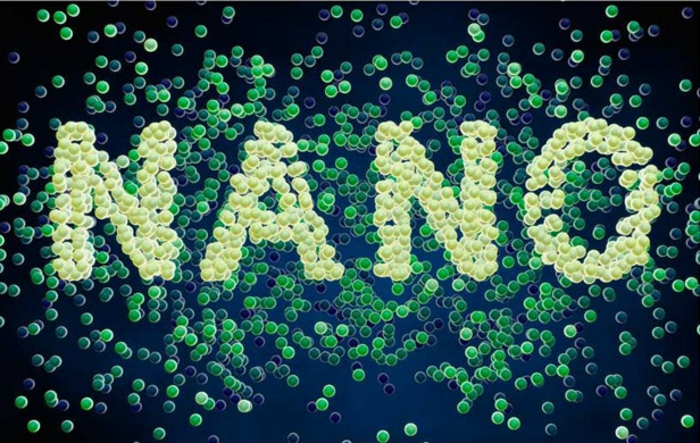 Nanotechnology found in popular foods, despite repeated denials by regulator

NANOPARTICLES BEING — USED IN FOOD: REPORT

New research shows evidence of widespread use of nano ingredients in popular food products despite the Food Standards regulator claiming there is no need to test for particles.

Popular lollies, sauces and dressings have been found to contain nanotechnology that the national food regulator has long denied is being widely used in Australia’s food supply.

For many years, Food Standards Australia and New Zealand has claimed there is “little evidence” of nanotechnology in food because no company had applied for approval. It has therefore not tested for nor regulated the use of nanoparticles.​ “FSANZ kept saying there’s no evidence of it, we’re not going to do any testing. But all 14 samples came back positive, indicating widespread use of nanoparticles in foods in Australia,” said the group’s emerging tech campaigner, Jeremy Tager.

“​Everybody would want to think food is tested and assured to be safe before it hits supermarket shelves. FSANZ is conducting a living experiment with people. It has inexcusably failed in its role as a regulator.”

A human hair is about 100,000 nanometers wide. Nanoparticles are typically less than 100 nanometres and are used to stretch the shelf life and improve the texture of food. There is no conclusive evidence that nano-titanium dioxide, which whitens and brightens, and nano-silica, which prevents caking, are completely safe to eat. They have been shown to interfere with the immune system and cause cell damage. Professor Thomas Faunce is a nanotechnology expert at the ANU. Photo: Supplied

FSANZ told Fairfax Media it had not identified any health impacts linked with the consumption of the two types of nanoparticles.

“If FSANZ became aware of a potentially unsafe food or ingredient, we would conduct a risk assessment and recommend appropriate control measures,” a spokesperson said. “It considers the current risk assessment framework is generally sufficient to assess the safety of new or novel nanoscale materials.”

But Professor Thomas Faunce, from the Australian National University’s College of Law and College of Medicine, said the Friends of the Earth’s research exposed FSANZ’s safety claims as “a sham, a lie”.

He said at the very least companies should be required to declare nanoparticles on food labelling so that shoppers can make an informed choice, like in the European Union.

“These aren’t naturally occurring nanoparticles. Cellular studies show that titanium dioxide and silica nanoparticles can damage DNA, and it appears they adversely impact the immune systems of rats in experiments,” he said.

“The jury is still out. There’s absolutely no doubt that we don’t have absolutely conclusive evidence that they’re safe.”

Woolworths said all its branded products met Australian food safety requirements. It did not specifically address questions on its possible use of the nano-titanium dioxide and nano-silica.

“Where we do use food additives, these are permitted for use by the Food Standards Code,” a spokesperson said.

Global food and confectionery giant Mars also did not address questions on its possible use of the nanoparticles.

Nestle said it did not add engineered nanoparticles to any of its products.

“Nanoparticles occur naturally in many foods … We do use small amounts of titanium dioxide and silica in our products and these are food additives regulated and approved,” a spokesperson said.

FSANZ has previously told federal Parliament it was not aware of nanomaterials being used in food. It said it had not conducted testing or surveyed food makers and importers to determine whether nanoparticles were in food.

FSANZ said it has recently engaged a leading toxicologist to undertake a review of nanotechnology in food and expects the report at the end of this year.

It was criticised by health campaigners last November for deciding to exclude nanomaterials from its review of chemical migration from packaging into food.

The Public Health Association of Australia said there was a growing body of evidence showing nanotechnology may potentially pose significant health, safety and environmental hazards.

It is calling for a government-led nanotechnology strategy and regulatory framework, guided by the precautionary principle, providing a uniform approach across food additives, medicines and industrial chemicals.

Fairfax Media contacted the CSIRO, food scientist Professor Bhesh Bhandari at the University of Queensland, and nanotoxicology expert Professor Paul Wright at RMIT University. They were not available for comment.

Note: An earlier version of this story said Professor Andrew Maynard, now at Arizona State University, was not available for comment. He did reply, but it was not received due to technical problems in an email service.