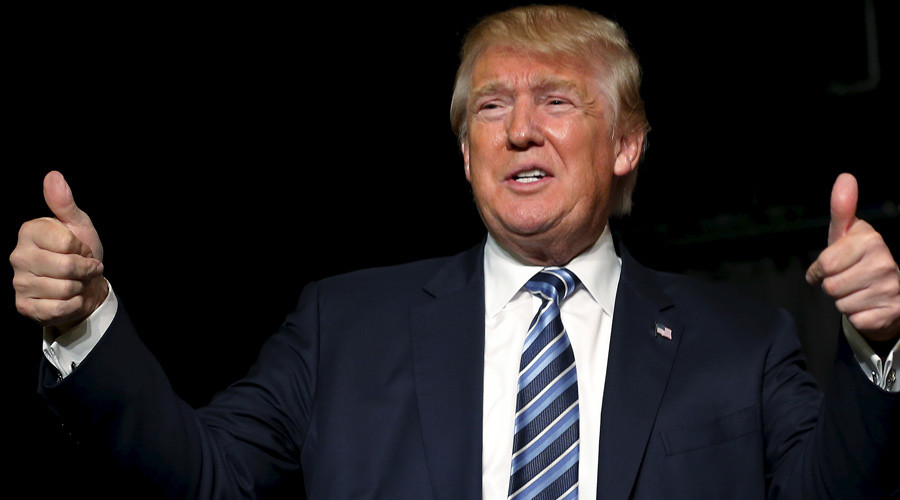 Donald Trump a hit in Russia? You wouldn’t think so. But the mayor of Yalta in Crimea has wished the maverick Republican success in the 2016 presidential election and invited him to visit the city, hinting that a street may be renamed after him.

“We are following the elections process in your country with great interest,” Yalta Mayor Andrey Rostenko wrote in an open letter to Trump published on the city’s website. “We like your election program and we like you as an extraordinary person.”

The mayor added: “After your victory in the election you plan to establish friendly relations with President Putin – and this is an excellent decision.”

Rostenko said that Trump’s approach to foreign policy was very similar to Russia’s, and he saw this as positive. “You want to be friends with China, and we want the same thing. You support Russia’s effort in fighting international terrorism and so do we. We have a lot in common and this is a fine excuse to arrange a meeting,” the letter read.

The mayor reminded The Donald that Yalta has the only street in the Russian Federation named after a US president – the Franklin Roosevelt Street. He wished Trump victory in the polls and suggested that “one day Yalta might get one more street named after the US leader who made an invaluable input into the improvement of relations between our two peoples.”

Earlier this week, Trump praised Russia’s anti-terrorist operation in Syria, noting that Moscow is “bombing the hell out of ISIS” because President Putin wants to prevent terrorism spilling into Russia. Trump also criticized US Middle East policies as “failed” and leading to a “total mess” in Iraq and Libya.

Trump, a 69-year-old billionaire real estate mogul, entered the US presidential race in June, seeking the Republic nomination. He is currently leading in the polls.