Congress Just Guaranteed the Bankruptcy of the USA 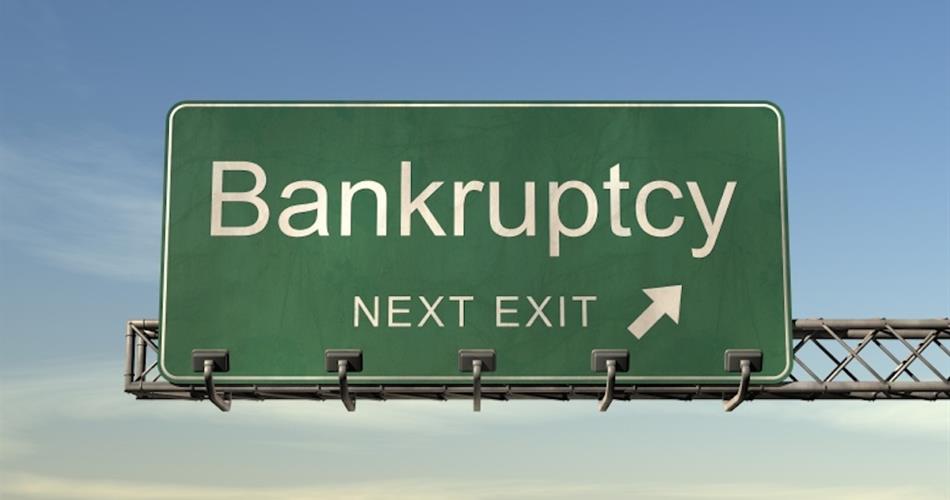 Congress Just Guaranteed the Bankruptcy of the USA

Who is behind the Democrat-Republican conspiracy to bankrupt the American Republic?


SOTN Editor’s Note:
Really, exactly what kind of deal was made with the devil that convinced Congress to push the nation’s debt limit close to $20 trillion?! Perhaps the American people are clueless to the fact that this is a meticulously engineered bankruptcy-in-progress.  Perhaps they simply don’t care that total financial ruin and great economic hardship lie just around the corner.  Otherwise, what could possibly explain this behavior of a nation that was once known for its fiscal conservatism?

Clearly, there’s a train wreck up ahead, and its right around the bend.  That bend could literally be tomorrow, next week or next month.  However, one thing is absolutely certain and that is this.

Their regular 7-year Shemitah crash and/or collapse did not happen as planned for September/October of 2015 only because the whole world was warned in advance for the first time in history.  That does not mean the BIG event will not occur; only that it has been postponed.  After all the Super Shemitah, which began on September 23rd, will be with us until the early Fall of 2016.  That’s a lot of time for them to pull off a stunt or two.

Well guess what the biggest stunt of all is? How about a $20 trillion national debt?  It doesn’t get any bigger than that … and it’s happening in plain sight—a new $19,600,000,000,000 debt ceiling.  Talk about a Super Shemitah event!  And, yet, very few are even talking about it so conditioned is the body politic to the most catastrophic decisions of all.

Isn’t that the way it always is?  The bigger the lie, the deeper the betrayal, the larger scam, the more likely it is to be accepted by the masses.  Look at 9/11!  The official 9/11 Commission Report was so ridiculous that they figured most people would just ignore it, buy it or endorse it, if for no other reason than not to create waves.  Even 14 years later, it’s still simply too big for many not to go along with.

Because 9/11 truth has not been properly addressed and those unparalleled crimes have not been appropriately prosecuted, the American people have essentially enabled the same perpetrators to get away with just about anything.  That includes “funding and financing, arming and equipping“ terrorist networks like ISIS-Al Qaeda-Al Nusra & Company.  The CIA, by the way is known universally as The Company.

In addition to greatly escalating the fake worldwide War on Terror, as well as restarting the Cold War with Russia, this same incorrigible cabal of criminally insane psychopaths has been empowered to collapse the United States of America.  And they’re doing it in real time.

Witness Rep. Paul Ryan’s ascension to the House Speaker, in spite of the fiscal conservatives having just chased away John Boehner.  As the ultimate RINO, the highly deceptive Ryan has always been their point man who will be utilized to confer the veneer of legitimacy to the upcoming planned dollar collapse and nation’s bankruptcy.  Yes, he’s that good.  Just look at how he and Boehner helped Obama sell Obamacare, TPP, TTIP, TPA and NDAA. “Who is behind the Democrat-Republican conspiracy to bankrupt the American Republic?”

In order to accurately answer this question, there is only one way to understand the true depth and breadth of the conspiracy.  As follows:

The Crown Temple: A History of the Bar Association and Who Really Owns the USA

There is a third and much more important article regarding this multi-century conspiracy which will be published shortly.

Even as the bond market has been rather concerned about another possible debt ceiling showdown as we showed before, and which earlier today prompted the Treasury to announce the purposefully dramatic step of postponing the auction of 2 Year Notes next week, the reality is that one way or another, with an equity-driven wake up call for the GOP or without, the debt ceiling will be raised.

The only question is how much.

As a reminder, the reason why the total US debt held by the public hasn’t budged from $18.1 trillion since March 16, 2015 is because that is when the last debt ceiling limit was hit. In the seven month since, the US Treasury has been cruising along on emergency cash measures, even as the total debt – if only for reporting purposes – has not budged (in reality it has grown by about half a trillion).

It will budge very soon, because no matter what the outcome of the upcoming week of debt ceiling negotiations, one thing is certain: the US has to be able to borrow more in order to survive.

And as The Hill reported, when one gets beyond the traditional posturing, the outcome will be the following:

The House is expected as early as Friday to vote on a conservative debt-limit proposal even though chances are slim that the plan can pass the Senate.

Speaker John Boehner (R-Ohio) told the GOP conference on Wednesday that he is expecting a vote on the Republican Study Committee (RSC) plan that would raise the debt limit to $19.6 trillion from $18.1 trillion and would run through March 2017.

Who will be the Republican to submit the unpopular measure? Most likely the outgoing speaker John Boehner, who will seal his tenure with this final act:  “With only two weeks to go, the pressure is on the House to pass a measure that raises the nation’s $18 trillion debt ceiling amid a search for the next Speaker.”

Yes, the republicans will pretend to demand concessions, such as a balanced budet and other “sound money” conditions…

The proposal would require a House vote on a balanced-budget amendment by Dec. 31, would implement a short-term freeze on federal regulations through July 1, 2017, and would compel the House to remain in session without a break if spending bills aren’t done by Sept. 1.

… but they won’t get them because the corporations pulling the strings of every D.C. politicians are the biggest beneficiaries from US debt-funded largesse, especially if one throws in the occasional contained or not so contained war.

This means another victory for the Demorats who have required a “clean” debt raise. This is precisely what they will get, and why it will have to take place under John Boehner as Paul Ryan would surely tarnish his reputation with the Freedom Caucus if his first act is one seen as submission to the left.

Which means that the only certain outcome from the melodramatic debt ceiling fight over the next several days, is the following: the US is about to have a brand spanking new debt ceiling, one that should last it until March of 2017: $19,600,000,000,000.

If the chart below looks increasingly exponential, that is not a coincidence.