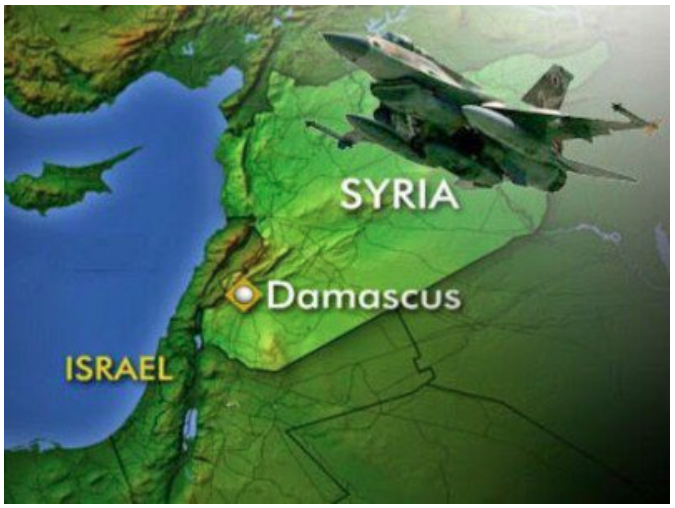 The US blockade of Syria is a war crime, pure and simple 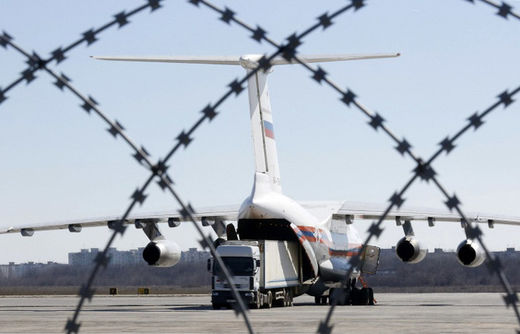 The news that the United States asked both Greece and Bulgaria to block Russian flights over their air space headed for Syria is a logical extension of the criminality of the aggression against Syria being conducted by the NATO powers and their allies in the region. The NATO alliance has been conducting a war of aggression against Syria since 2011 when it succeeded in destroying Libya and it was responsible for the waves of humanity who fled the NATO bombing and who now flee the Takfiri militants NATO used as their auxiliaries.

These actions are clearly war crimes of the highest order, contemptuous violations of the UN Charter, international law and of all morality. The resulting misery of the peoples of the countries under attack, who are forced to flee and become refugees in the heart of the very alliance that is attacking them, is beyond words.The images bombard us daily. But the images are not placed in the western media to create a call for peace in the region. Instead, as we see from the recent statements of the British, French and American leaders, they are used to manipulate the emotions of the citizens of the NATO countries to justify a call for more military aggression against Syria which will create more misery, more death and more refugees.

That the flood of stories in the western press about the Syrian refugees is being used as a propaganda tool to is easy to see when we compare the situation regarding refugees from Libya and Ukraine. The Libyan people have been fleeing the hell that NATO created for four years now, with thousands of people arriving in Europe, mostly on the shores of Italy. But there has been no call to attack the vicious thugs that NATO installed in place of the progressive socialist Libyan Republic, no call to bring back the civilized society that existed before Gaddafi was brutally murdered by the same forces, no call for regime change in Tripoli. Instead, chaos and gangsterism prevail, and all is well.

In Ukraine over a million people have fled the Kiev junta’s massive armed attacks on its own people, the type of attacks that NATO countries alleged Gaddafi had used on his own people to justify their attack on Libya. The US puppets in Kiev have used bombing raids on civilians, white phosphorus shells, cluster bombs and other banned weapons and they have used them not on military targets of the peoples resistance forces but on civilian houses, shops, schools, hospitals, power stations and other civilian infrastructure. Food and medical supplies are blockaded. The people of the Donbas are under siege. All these actions are war crimes and crimes against humanity. Yet the western media says not a single word about them. There is no call from Washington or London or Paris or Ottawa to bomb Kiev and remove Poroshenko. Instead they supply him and his Nazi friends with weapons, supplies and money and send in their own forces to assist in these criminal attacks. The double standards applied and the deep hypocrisy and cynicism displayed by the NATO governments and the western news media that provide the information flow to the people, must shake anyone’s belief in the viability of western civilization.

In stark contrast, Russia has taken in over a million refugees so far from Ukraine without complaint while the EU countries argue bitterly amongst themselves as to who should take the refugees they have created and while they fan the flames of xenophobia among their own populations. But then the motivations are completely different. The Russians want to help the people being attacked by NATO and its puppet regime in Kiev. The Europeans only want to use the refugees as a means of creating hysteria in Europe so that their people will support a combined NATO attack on Syria.

Since these EU countries in one way or another support the forces attacking Syria they are responsible under international law for receiving and caring for the refugees they have created. They must follow certain humane standards in the treatment of them, but instead we see images of them being fed like animals or being kicked and tripped up by the very media sent to report on the crisis.

But now the situation has escalated further with the United States demanding that Greece and Bulgaria block relief supplies from Russia from using their air space, an attempt to completely block these supplies. Greece has found the courage to refuse the request. Bulgaria to its shame has decided to lick their boots.

The Americans try to justify their demand by claiming that some of those flights are used to deliver military supplies to Syria. Yes, and so what? Russia has every right to support the Syrian government in its fight against the Nato-Saudi, Israeli auxiliaries who are fighting in Syria under the acronyms ISIS or ISIL or Al Qaeda and has been openly doing so since the beginning. There is no UN approved arms embargo against Syria and the United States and its allies are daily dropping supplies to these same groups and have let it be known that their special forces are operating on the ground alongside those forces. Just the other day another story broke of the Israeli Army airlifting wounded from these groups for treatment in Israeli occupied zones and one must wonder if those selectively helped are not indeed Israeli special forces themselves. The Americans and Bulgarians are not just worried about more Russian military supplies from being delivered. They also want the Syrian people to experience the maximum state of misery and despair to punish them for their support of their government and to try to force them to turn against it.

Indeed, the Russian and Syrian governments affirm that many of those flights are delivering much needed humanitarian relief including medical supplies, generators for hospitals, food, tents for internal refugees, and related supplies to relieve the distress of the Syrian people in the face of the American provoked attacks on them. One has to ask, where are the American and European relief supplies for the Syrian people? Where are the ships and planes that should be carrying the same supplies the Russians are delivering? If they had delivered them and if they had insisted that the attacks on Syria stop there would not be any refugees. But they want the refugees to generate war propaganda and so they do not want relief supplies to get through.

The attempt to blockade the delivery of humanitarian assistance amounts to a war crime under international law, including the the Geneva Conventions, the Nuremburg Principles and the Statute of Rome that sets out the definitions of war crimes under the jurisdiction of the International Criminal Court. The attempted blockade of humanitarian assistance constitutes murder, inhuman treatment, collective punishment, an action designed to bring about the physical destruction of the population and the nation, and other related crimes committed against the Syrian civilian population. Every European leader who takes part in this criminal conspiracy should be charged with war crimes. The American president should be Number One in the dock. But international criminal law continues to be administered by criminals and we watch with disbelief the complete silence of the prosecutor at the International Criminal Court who sits in her office in The Hague and twiddles her thumbs while Damascus, Aleppo and Donetsk burn.

The cartloads of the dead overflow the cemeteries. The misery of the living mounts. The hope that is left for peace and security, even for a little kindness in this life, drips out of our veins with every drop of blood shed by the victims of these NATO wars. It is very easy to despair. I despair. But we must resist. We must demand these wars stop, We must stop sitting around face booking and surfing the internet, get out of these artificial worlds they have built to turn us into zombies of the living and get back on the streets where we still count, where they still fear us and where we can shout our demands so loud they will shake the walls of the state itself.