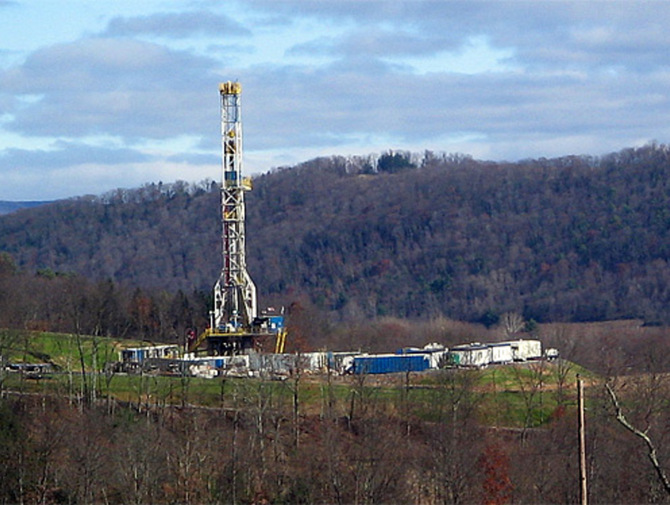 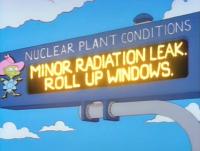 Comic books tell us that it’s cool to be a superhero. Sometimes those superheroes started out as everyday citizens that became irradiated and suddenly transformed into epic, superhuman, ninja-fighting dynamos with abilities and powers that far outweigh regular human abilities, such as remembering anniversaries, calculating your own taxes, being able to answer every Jeopardy question, or tetrachromacy.

However, we know in real life that radiation, especially at dangerous levels, can cause burns, hair loss, ulcers, chromosomal deterioration, weakened immune systems, and cancer in the form of leukemia when it concentrates in the bones. Radiation is more likely to destroy our genetic code than to alter it to give us invisibility superpowers.

So why is radiation not more prevalent in the discussion about fracking? We’ve learned over the past couple of years about other health impacts from fracking – such as the hundreds of cancer-causing chemicals used in the fracking process and the health effects such as lost sense of smell and taste, headaches, respiratory problems, and cancers reported by citizens near oil and gas drilling sites. News coverage of fracking dangers often focuses on the threat of water contamination, the toxic fluids used in fracking operations and how it isn’t always disposed of properly, and the all-time favorite made world-famous by “Gasland”: flaming water.

Yet we don’t hear a lot about how oil and gas fracking can concentrate existing radionuclides, presenting the risk of human contact through disposal or handling, posing another possible health risk for the public and workers in the industry.

In the Marcellus Shale region, the particular nuclide in question is Radium-226. Radium comes from uranium, which naturally exists in the shale-rich geology of the northern Appalachian Basin. In fact, according to the New York State Department of Environmental Conservation,

“The Marcellus is known to contain concentrations of [naturally occurring radioactive materials] such as uranium-238 and radium-226 at higher levels than surrounding rock formations.”

Other studies [PDF] show that the particular levels of radiation in the Marcellus Shale are up to 20x higher than background levels. While uranium is quite insoluble, radium is not. It preferably binds to water, which is particularly worrisome if it leaks into groundwater or contaminates any of the millions of gallons of water used in the fracking process.

Normally a person’s skin serves as a protective barrier against natural environmental sources of radiation, but if a person drinks or bathes in contaminated water, where it can enter internally through the mouth or exposed and sensitive areas like the eyes, then the risk of internal damage is heightened. Ingesting or inhaling radiation in significant amounts can wreak havoc on internal organ systems.

Briny water usually concentrates the highest amount of radionuclides. This means that radionuclides will collect in the chemical-laden water used in fracking when it comes in contact with radioactive rock from the Marcellus, or when mixing with brine water stored within the Marcellus shale. Since fracking fluid is often used several times, this can cause radium to concentrate in the fluid and possibly the pipes.

If the fracking fluid is deposited in a landfill, it can continue to irradiate not only any groundwater in the area but also potentially any vegetation grown over a closed landfill. Furthermore, while landfills designed to receive contaminated water are built to contain potential toxics, they are not built to contain radiation.

And if the trucks that transport the contaminated fracking fluid ever leak along the way, it can end up contaminating roadways as well. Radium-226 sticks around for 1600 years before it decays, and when it does, it produces radon gas.

The Environmental Impact Statement from the New York Department of Environmental Conservation acknowledges that radiation levels are naturally higher in the Marcellus, but NYDEC doesn’t outline an adequate plan to deal with the possible radiation. Most of the document discusses their plans to measure for radiation after the wells are in place and to follow current radiation regulations.

That might sound reasonable, except for that fact that NYDEC’s last investigation into naturally occurring radioactive materials occurred in 1996 and was conducted on well sites that did not operate via the horizontal directional drilling and fracking methods that are now the status quo technique in the Marcellus and other shale basins around the country.

If fracking for oil and gas gets the green light from Governor Cuomo, New Yorkers may actually need a superhero to save us from the multitude of risks that fracking presents, and the risk of radioactive contamination is one scary consequence that deserves greater scientific scrutiny.