“You have two cows” is a common political satire involving variations of scenarios of two cows and how they work within various economic systems. [Some of this is toungue-incheek and some is an accurate summary, however unfortunate it may be]. 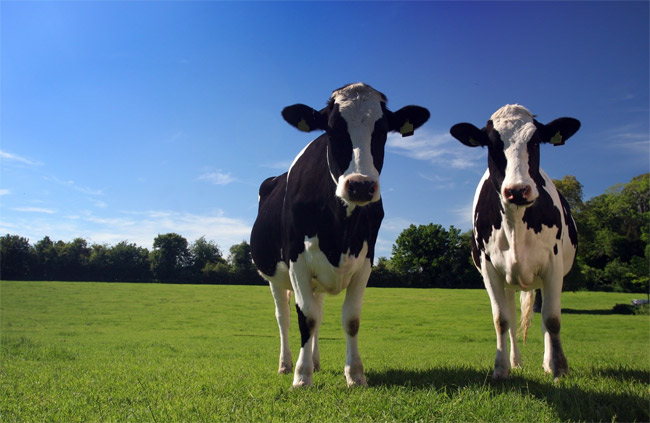 It’s also frequently used as a joke in entry-level economics courses, whereby the professor will use the two cows as metaphors for currency, capital, property, and their relationships. Here are the major world economic theories, explained with two cows: 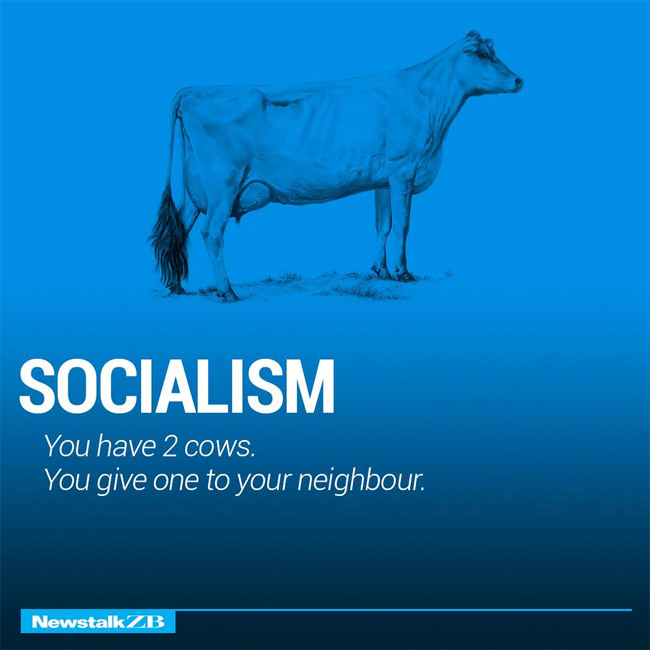 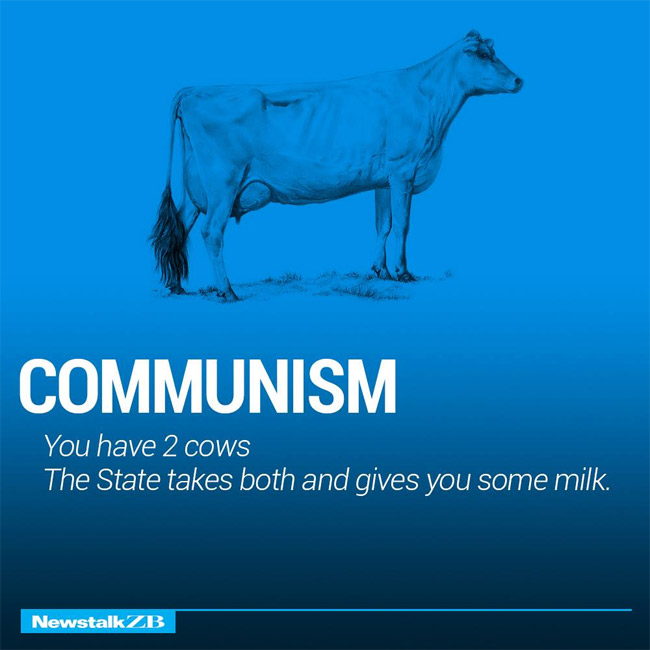 Communism is a more extreme form of socialism. In this system, the State gets to have your cows and redistribute them as it sees fit. As a result, you have zero control over the cow, only what they produce. 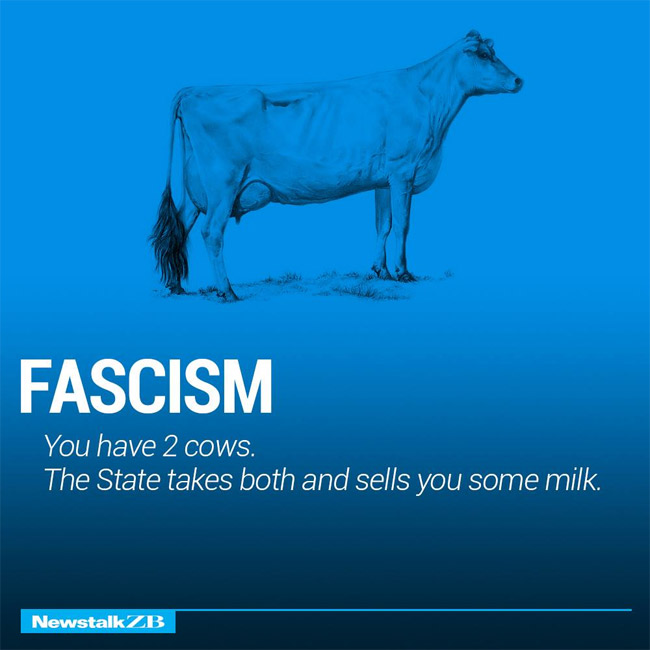 The most tyrannical of the listed economic systems, fascism takes away your cows without a just cause. It then uses the stolen goods to to milk even more profit out of you. In a Fascist society, you want to make sure your cows are hidden from the State. 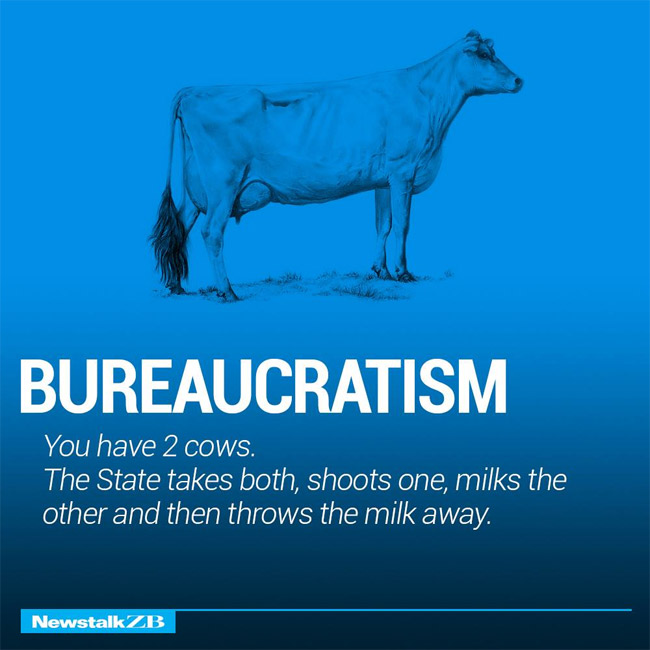 Large governments are commonly blamed for being bureaucratic. Complicated chains of command end up obscuring the real goal. In the end, none of the actions seem to make sense. Why waste a perfectly healthy cow? 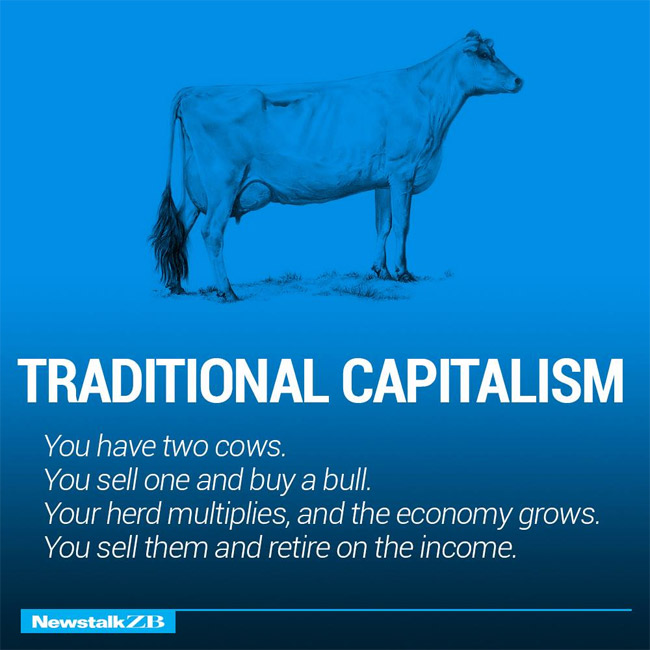 Then you have traditional capitalism, which is the most stable system of them all. You buy two cows, nurture them, and give them room to prosper and multiple. With the power of compounding interest, the two cows will become an entire herd by the time you retire. You, the cows, and everyone buying the cows’ milk live happily ever after. 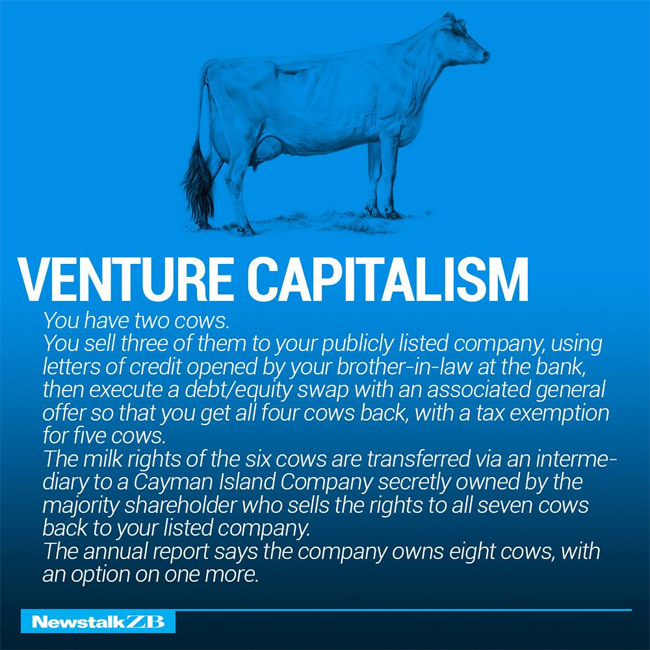 Venture capital relies on a small number of cows producing so much milk that they overshadow the rest of the loser cows. The rules get complicated as more farmers want a piece of the cow. 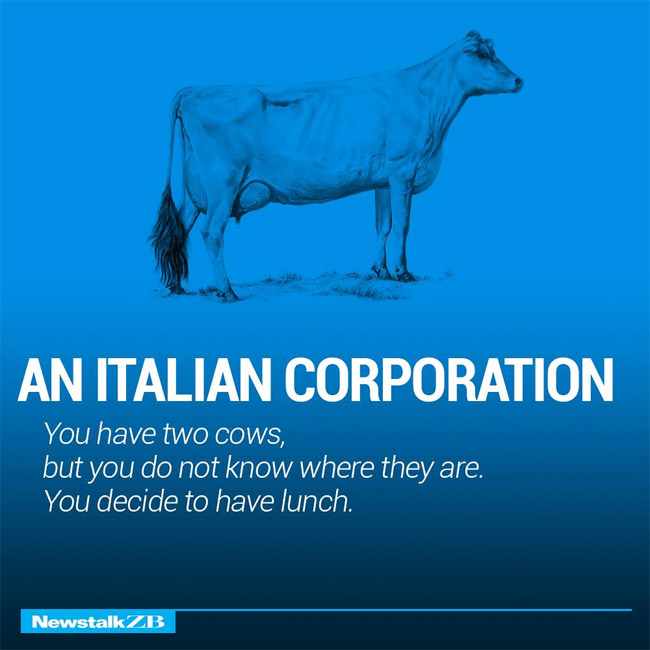 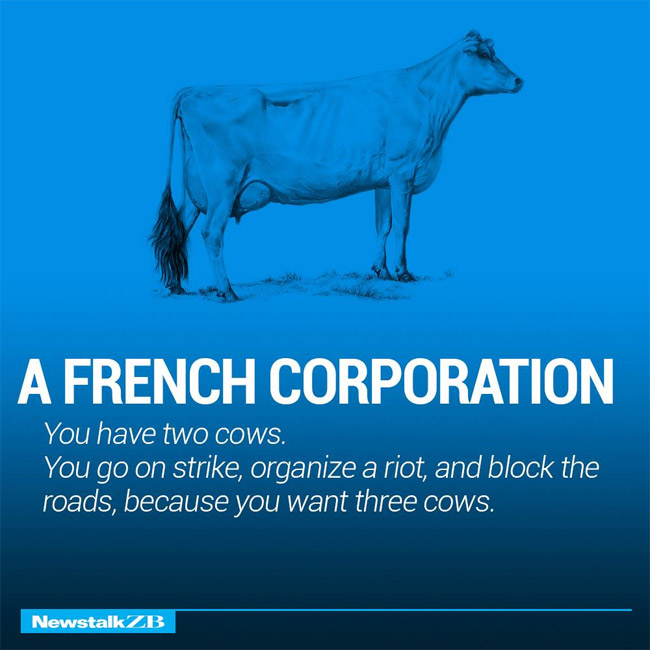 The French are notorious with strikes. If they don’t get three cows, no one gets any cow. 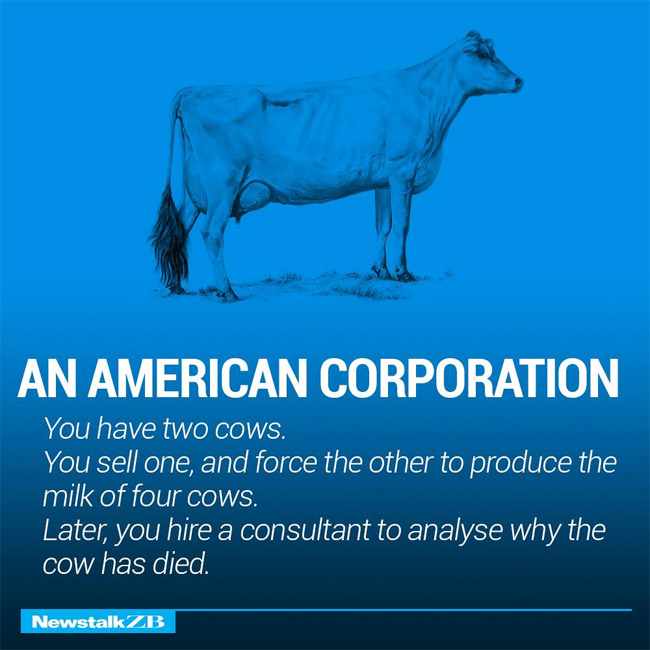 Wall Street is notorious for being ruthless about milking profits out of corporations. If the cows don’t produce a certain volume of milk every quarter, it gets whipped. After they get sick to the point that they’re unable to produce any more milk, you pay a large fee to hire a vet. 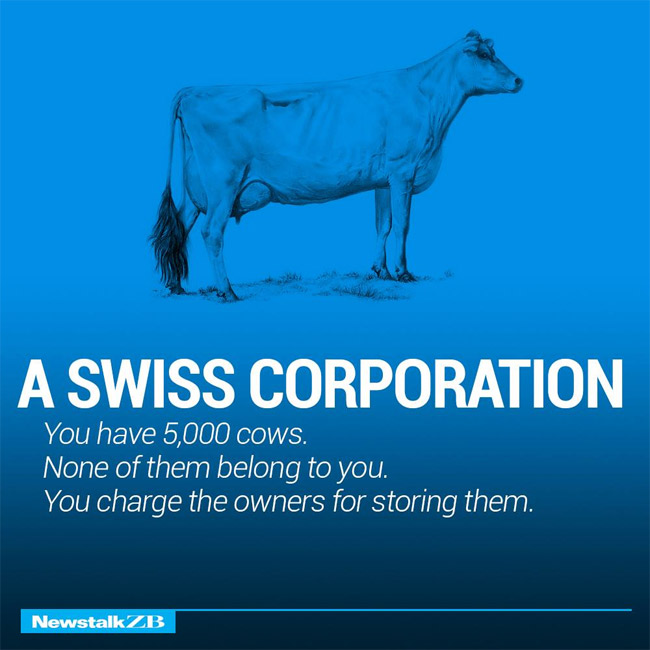 Switzerland is famous for its neutrality. It doesn’t want the drama of owning cows. Instead, it rents out land for nurturing your cows. 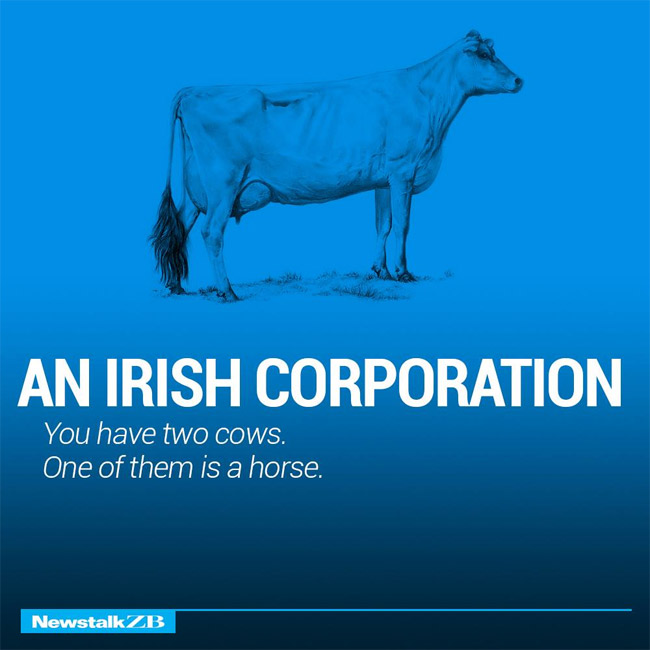 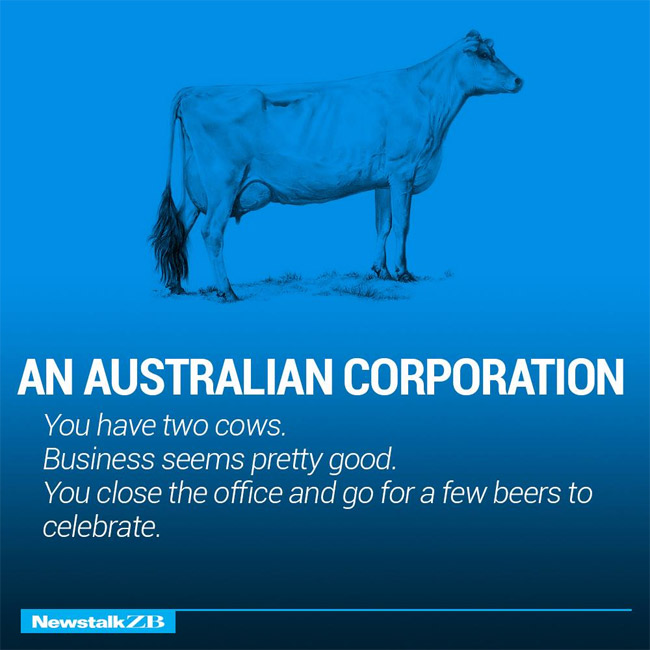 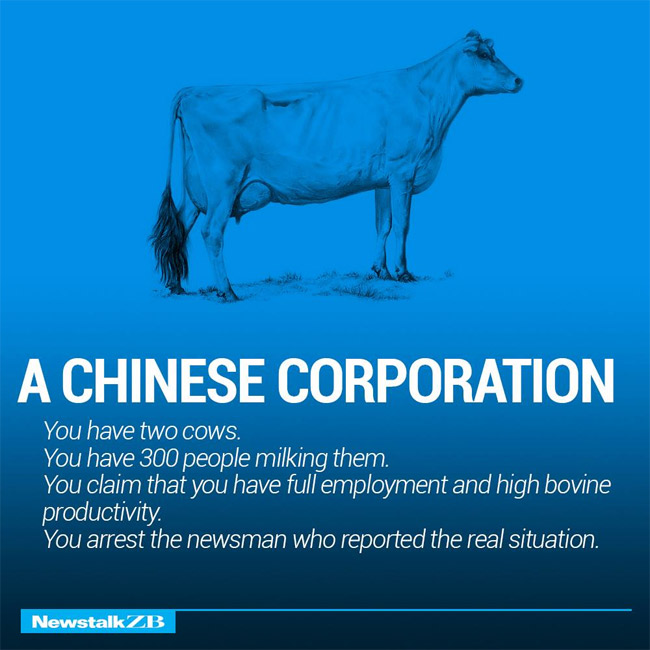 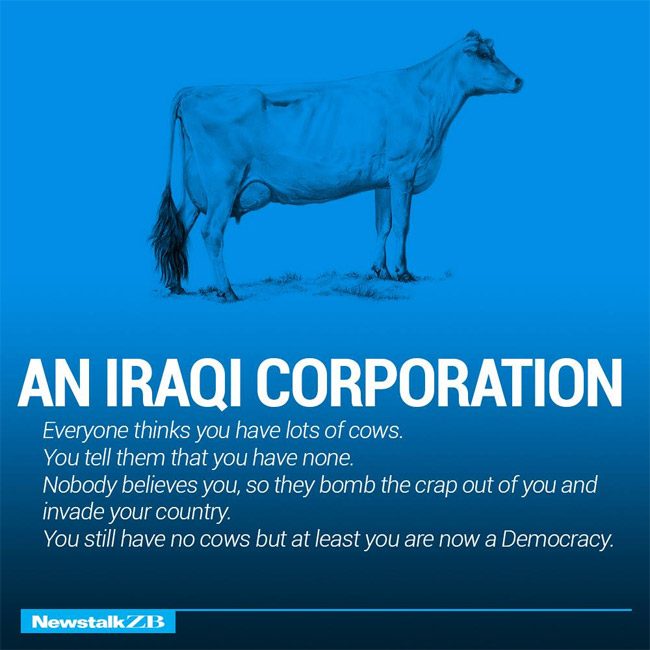 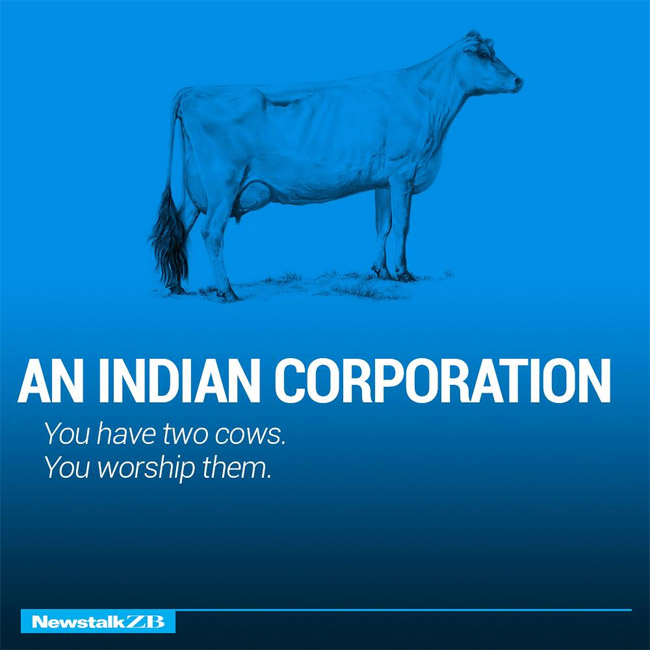 Have a butter chicken 🙂