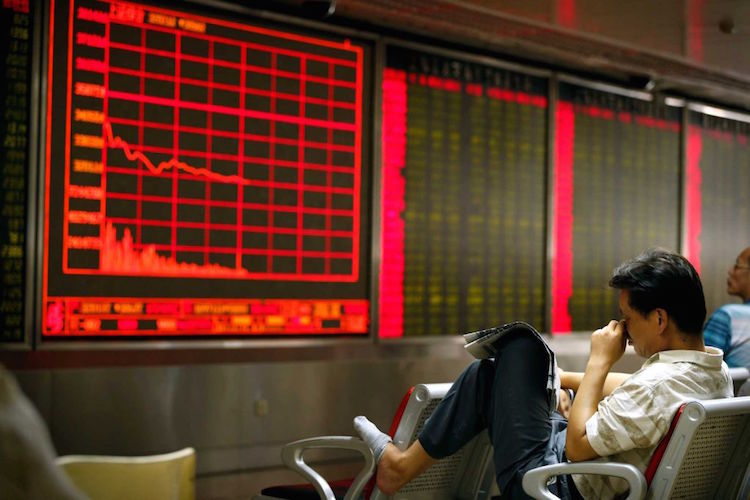 By early afternoon Monday, the Shanghai composite index slid 8.8% to 3,200.85, as analysts and investors watched for signs that Chinese regulators or the central bank might intervene.

Regulators said they would allow the State Pension Fund to invest up to 30% of its total net assets in stocks and other equities, but that move was an approval of a policy announced earlier and had no discernable impact on investor sentiment.

The Chinese benchmark has lost all of the gains of its meteoric rise earlier in the year, but is still up 43% from a year ago.

The Russian ruble plunged 2.3% on Monday to hit a seven-month low amid a further drop in oil prices, the country’s key export.

On Friday, U.S. stocks dropped for a fourth straight day with the Dow plunging more than 500 points and dropping into correction territory and oil setting a new 6 1/2-year low as it dipped below $40 a barrel.