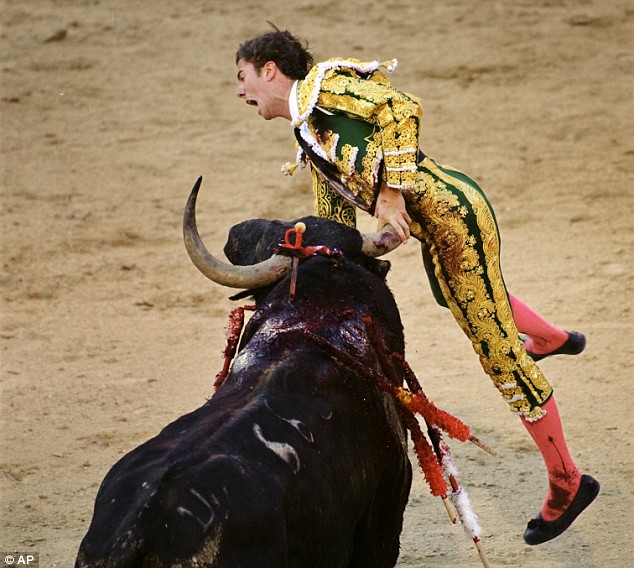 Bulls have gored seven people to death during festivals across Spain since the beginning of July – four of them over the past weekend.

The deaths occurred during bull-running in the streets, not in bullrings. It is an unusually high number of fatalities for such a short period.

Among them was a 36-year-old town councillor gored in Penafiel, a town near Valladolid, north of Madrid.

Further north an 18-year-old man gored in the stomach died in Lerin, Navarra.

The other deaths occurred during bull festivals in the regions of Valencia, Murcia, Toledo, Castellon and Alicante.

Nearly 2,000 bullfights – or “corridas” – are still held in the country every year, but the numbers are falling. In 2010, Catalonia became the second Spanish region after the Canary Islands to ban the tradition.

Opponents condemn bullfighting as barbaric, but it still has many fans in Spain, including Prime Minister Mariano Rajoy.

A Spanish law passed in 2013 defends bullfighting as part of the nation’s cultural heritage, saying it is the state’s duty to “preserve it and promote it”, El Pais website reports.

According to Spanish economics lecturer Juan Medina at the University of Extremadura, bullfighting generated €282.4m (£200m; $313m) in 2013, of which €59m was income from sales tax (VAT).