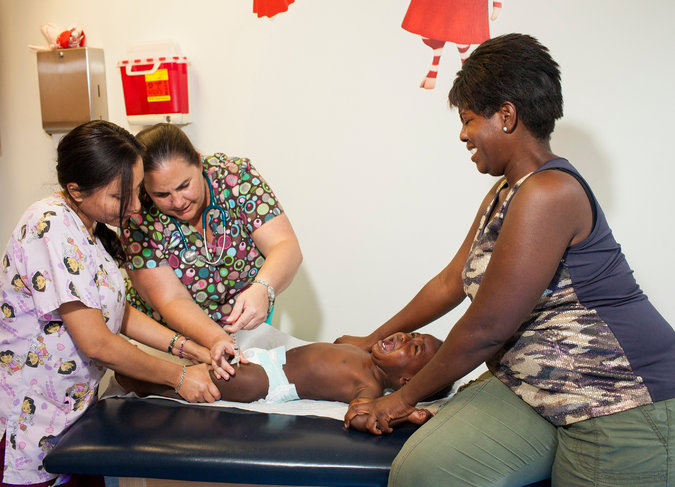 Either by Impeachment or Recall: BROWN MUST GO

by Concerned Residents of California

Governor Jerry Brown signed a mandatory childhood vaccine bill this week which ought to elicit the outrage of every Californian.  This draconian piece of legislation is as fascist and outrageous as it gets.  Clearly, Brown is in the pockets of those Big Pharma corporations who stand to gain the most from pushing such dangerous vaccines on the largest population of children of any state in the nation.

As governor of the once great state of California, Brown has quick and easy access to the highest integrity scientific research which has demonstrated that vaccines are downright dangerous, as well as potentially lethal.[1]  Childhood vaccination programs are especially fraught with medical risks and health consequences, some of which can manifest as life-threatening illness and diseases the younger the child is.

As the young children grow into teenagers, many now develop disorders that are characterized by difficulties with social interaction and communication such as Autism and Asperger’s syndrome.  There are many other serious health conditions and medical ailments associated with childhood vaccines[2] which Brown has been apprised of, yet he proceeded with signing this odious legislation.

Why does Jerry Brown deliberately jeopardize the health of the California’s children?

Truly, that is the 64 thousand dollar question!  Knowing that so many parents throughout the state are vehemently opposed to having their children vaccinated, why did Brown approve this highly dubious measure?  Mind you, the governor has literally put his reputation on the line by enthusiastically endorsing such a repugnant bill.  For both hidden and duplicitous reasons, he has now brought the wrath of parents and outrage of other concerned citizens upon him.

What are those reasons?

First, it is extremely important to understand that Governor Jerry Brown is not stupid.  He knowns full well that many children will die from the ever-intensifying super-vaccination regime.[3]  He knows that many children, teenagers and young adults will suffer terribly from many of the illnesses and diseases which are the direct result of these vaccines.  The governor has also been apprised of the fact that many of his younger Baby Boomer acquaintances have experienced lifelong medical conditions and heath challenges due to their childhood vaccinations.

Hence, the Governor made his fateful decision based on all of this well known information; after all, most of it is posted all over the internet.  Much accurate data regarding the serious health repercussion has been disseminated over many years; and both Brown and the California legislature have seen it all.  His staff in Sacramento has received volumes of authoritative scientific research papers on the dangers of vaccines.  Therefore, the governor cannot plead ignorance of his crime against the people of California.

As Of March 31, 2014, the special fund established to compensate those injured by vaccines stood at $3,475,302,680.15.  It is a fund paid into by the U.S. taxpayer by way of a $0.75 excise tax charged for each vaccine.  Even though the Big Pharma corporations produce the defective and dangerous vaccines, it is those who actually receive and pay for the vaccine who are forced to contribute to the Vaccine Injury Compensation Trust Fund.

In other words those who are medically injured are held financially responsible for damage caused by the defective vaccines.  Now that California has a mandatory vaccine law in place, the parents are forced to pay for the numerous vaccinations required, even though they adamantly reject them.  They must likewise pay the tax to cover the costs that are anticipated from the serious injuries to their children’s health.  In other words the federal government fully expects a certain number of claims to be filed as an actuarial percentage of those vaccinated throughout every state.

To add insult to [vaccine] injury, the well compensated government lawyers are then incentivized to aggressively litigate every legitimate claim that is filed by parents and other aggrieved parties.  The government then uses the vaccine consumer’s money to fight their meritorious claim in court.  If one intends to file a lawsuit proving the causal link between the vaccine and autism, the case will be given top priority by the government so as to ensure that the plaintiff will not be successful in collecting either compensatory or punitive damages.  They simply will not allow a precedent to be set or else the floodgates will be opened.

The U.S. government and pharmaceutical corporations do not want to pay out billions of dollars in claims to the countless children who have developed Autism and Asperger’s syndrome.  Nor do they want to fairly compensate those teenagers and young adults who are still taking medication for the ADD or ADHD that were caused by childhood vaccination programs.  Certainly, Governor Brown knows that the Italian courts have decided that vaccines cause Autism.

Even though the Vaccine Injury Compensation Trust Fund is very much a federal program, Brown’s administration is well aware of the message that such a trust fund sends to the public.  There are now so many scientifically documented cases that vaccines have caused serious physical injury and psychological harm that Brown himself ought to be held directly responsible for approving the exceptionally dangerous and harmful law SB 277.

BROWN KNOWS THAT SOME VACCINES ARE EXTREMELY DANGEROUS FOR CHILDREN.

The governor has been provided irrefutable scientific evidence that a significant number of children will sustain physical injury and/or psychological harm from the ever-intensifying super-vaccination regime that is in place today throughout the state of California.

Because he was told to.

If he didn’t sign it, his political career would have been terminated by a real or fabricated scandal, a politically engineered recall vote, or a call for impeachment.  Such is the importance of the bellwether state of California regarding the advancement of the Super-Vaccination agenda.

What Brown failed to understand is that he has two masters, not one.  Where the globalists have obviously funded all of his recent elections just like Obama’s, he functions in a much smaller political milieu than the POTUS.  So, although he has made himself beholden to his corporate sponsors due to his receipt of excessive campaign contributions, he must also answer to the people who elected him.

It appears that the governor is quite fearful of his corporate overlords, but is not afraid of his real master — the voters of California.  In reality he answers to the people, and only the people of California.  Clearly, he has forgotten this inconvenient fact of life and must be reminded post haste.  Until he learns to fear the righteous indignation of the CA electorate, he will consistently do the bidding of his corporate masters.  They will always command his attention since they have consistently financed his political campaigns.

It is much easier to hold a rogue governor like Jerry Brown accountable for the criminal actions which he and his administration are guilty of than, say, an Obama or any POTUS.  Now that he has signed a law ‘legalizing’ the systematic harm of California’s children, Brown has set himself up to be held personally accountable for all damages which result from his direct approval of the patently illicit vaccine legislation SB 277.

This point CANNOT be over-emphasized.

Governor Brown, and every other elected state representative and appointed bureaucrat, who are responsible for this heinous initiative which will sicken and inflict disease on the children of California, need to be held accountable for their criminal conduct.  Once each and every one of them is held personally responsible for this ongoing crime against the people, many more initiatives can be undertaken to take back the power from what has essentially become the Government-Corporate Vaccine Complex.

First and foremost, however, Governor Jerry Brown MUST be made an example of.  This critical point is both non-negotiable and uncompromising.  As the chief executive of the state, whose signature ‘legally’ established the illicit mandatory vaccine law — SB 277 — he is directly responsible.  Therefore, he must suffer the consequences of committing what is actually a state-sponsored crime against the people.

In this way the similar conduct of all of the elected co-conspirators who colluded on behalf of the pharmaceutical companies will likewise be put on notice.  Exactly what is the message being sent to these so-called state representatives.

Don’t Mess With The Health Of Our Children …
Not Now, Not Ever!

What is the real agenda behind SB 277, the Mandatory Childhood Vaccine Bill?

Whenever the ruling cabal (aka the Shadow Government) wants a piece of legislation approved, there is simply no stopping it.  As to exactly why this particular vaccine bill was so necessary to their agenda, that will be taken up in the next article.  In the meantime the following exposé provides an excellent analysis of the relevant historical background, current context, and the prevailing MO of the Government-Corporate Vaccine Complex.

SUPER-VACCINATION AGENDA Being Foisted On The USA 24/7

What is exceedingly important to understand is that a line has been drawn in the California sand.  On one side stand the people of California, who will no longer be dictated to in such a tyrannical manner by both their governor and the Big Pharma lobbyists who wrote the draconian vaccine law.  On the other side stand the corporate globalists who have always gotten their way … until now!

The pro-vaccine crowd has been manipulated by the Big Pharma corporations who work in tandem with the U.S. government.  By means of a highly focused and relentless fear-based media campaign, they have been successful at scaring the uneducated into an unending and ever-growing vaccine regime.  This is what many now refer to as a Super-Vaccination agenda.

California is now the central battleground for the necessary defense of personal sovereignty.  It is actually one of many battlefields throughout the nation which constitute an ongoing war between the U.S. citizenry and the U.S Federal Government.  It is the U.S Gov’t which routinely implements a covert corporate agenda that often inimical to life on Earth.

The final point here is that Governor Brown has chosen the side of the Government-Corporate Vaccine Complex over the side of the people he swore to serve and protect.  Hence, his official conduct is nothing less than treasonous, and he should be treated as a traitor by those children and families whom he has so profoundly betrayed.

by Concerned Residents of California
July 4, 2015