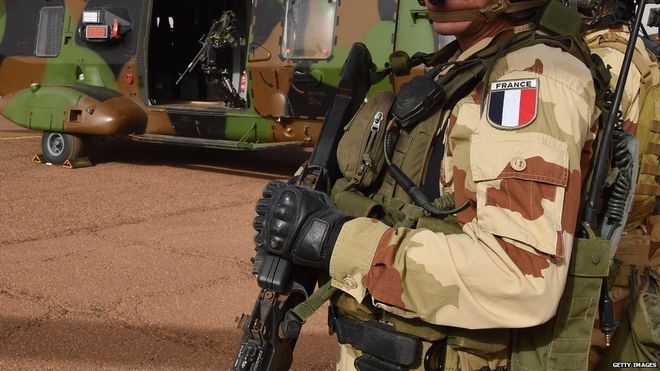 France has suspended two of its soldiers over allegations they sexually abused children in Burkina Faso.

One of the alleged victims was a five-year-old girl whose father found a camera containing images of his daughter being sexually abused, report AFP news agency.

It comes after another abuse scandal involving French soldiers.

“This is an army that confronts [such accusations] head on,” the army’s chief of staff, General Jean-Pierre Bosser told AFP news agency.

French military police are travelling to the country to investigate, alongside the local police.

The French army has come under criticism for being slow to react to previous child abuse claims in Central African Republic.

There have been a number of sex scandals involving UN peacekeepers recently, with one UN report saying the peacekeepers regularly barter goods for sex with people.

About 3,000 French soldiers are stationed in five countries in the region – Mali, Chad, Mauritania and Niger as well as Burkina Faso – in an anti-terrorism operation and the UN currently has about 125,000 peacekeepers deployed in a number of countries around the world.