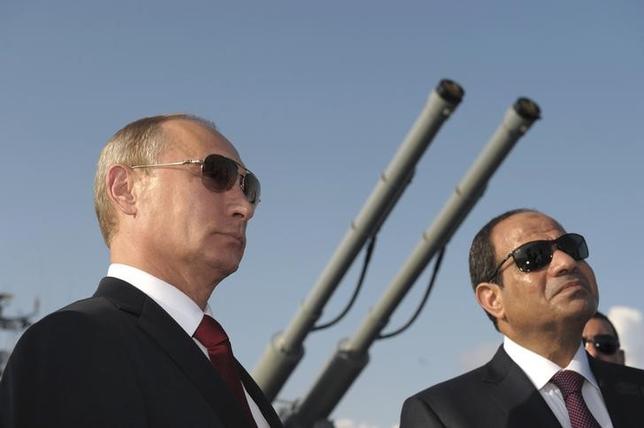 Russia and Egypt are holding their first ever joint naval exercise, Russia’s defence ministry said on Saturday, strengthening the ties between two states which were once Cold War allies.

The eight-day drills off the Mediterranean Egyptian port of Alexandria, beginning today, will include supply and communication at sea, search operations, all forms of defence at sea and firing exercises.

“The goal of the exercise is to strengthen and develop military co-operation between Egypt’s navy and Russia’s navy in the interests of security and stability on the sea,” the ministry said.

Since Western powers imposed economic sanctions on Russia last year over the Ukraineconflict, Moscow has accelerated attempts to build ties with Asia, Africa and South America, as well as warming relations with its former Soviet-era allies.

Russia’s President Vladimir Putin has been cultivating ties with Egypt, a Soviet ally for much of the Cold War and traditional export market for Russian arms.

He visited the country in February for talks with his Egyptian counterpart Abdel Fattah al-Sisi, whom Putin has strongly backed.