Is the German Government Colluding with the NSA to Spy on the EU? 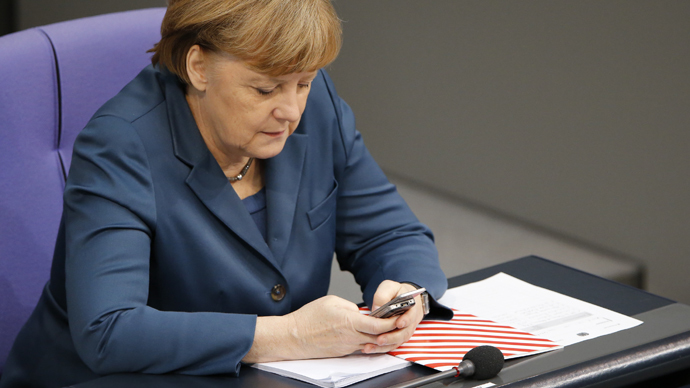 Is the German Government Colluding with the NSA to Spy on the EU?

German prosecutors have closed an investigation into the alleged tapping of Chancellor Angela Merkel’s cellphone by the US National Security Agency (NSA). The allegation was based on documents leaked by whistleblower Edward Snowden.

The alleged hack of the German leader’s phone was first reported by the news magazine Spiegel, causing outrage in the country.

In December 2014, after months of investigation, Germany’s top prosecutor Harald Range said the probe had failed to find proof of tapping and that the document published by the media didn’t “come from an NSA database.”

The situation apparently hasn’t changed since, as Range’s office reported on Friday that it had failed to obtain an original document proving the alleged spying, and that the one published earlier would not stand in court.

“The documents published in the media so far that come from Edward Snowden also contain no evidence of surveillance of the cellphone used by the chancellor solid enough for a court,” it said in a statement.

Prosecutors said they see no prospect of success in continuing to investigate.”The vague comments by US officials about possible surveillance of the chancellor’s mobile telecommunication by a US intelligence service ‘not any more’ are not enough to describe what happened,” they added.

The revelation of global massive electronic surveillance by the NSA hurt America’s relations with Germany, where the issue of privacy is sensitive, considering the country’s history of state-sponsored espionage by the Nazis and later the Communist government in the east.

Amid the public uproar, Merkel sought to sign a no-spying agreement with Washington, but to no avail.