Russian-Chinese Drill in Mediterranean Sends Signal to US – Western Media 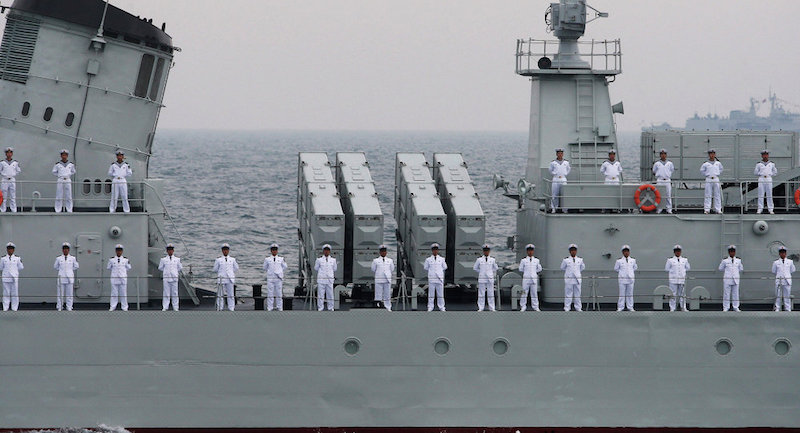 Russian-Chinese Drill in Mediterranean Sends Signal to US – Western Media

The Russian and Chinese navies began joint naval exercises in the Mediterranean Monday in the latest sign of strengthening ties between the two countries.

The naval drill, to include live-fire exercises in the strategic sea connecting Europe, Africa and the Middle East, is seen by Western media as a signal being sent to Washington of a powerful new alliance emerging “in the very backyard of Western Europe”.“While only two Chinese warships are joining the Mediterranean exercises, their deployment reflects China’s desire to help Russia counter American power”, the New York-based National Preview magazine wrote in a comment.

“The enmity that defined Sino-Russian relations during much of the Cold War has long faded. In its place, an evolving China–Russian alliance is rising against American and international security. This alliance has a profound security component”.

The import of the ten days of maneuvers that got underway Monday was not lost on The Los Angeles Times either.

“The point is lost on no one: A powerful new alliance of eastern giants is flexing its muscles in the very backyard of Western Europe — much as China has done on its own in the Pacific”, the newspaper wrote on Monday.

The Swiss newspaper Tages-Anzeiger wrote about the friendship between Moscow and Beijing going beyond purely political and economic considerations.

“They are forging an alliance also in the military field as a counterbalance to the US and its European and Asian allies”, the paper warned.

“Though small scale, it is a signal of growing defense ties between Beijing and Moscow and a demonstration that China’s maritime horizons are broadening”, the BBC said in a report Monday.“What is going on in the Mediterranean is hard proof of military might aimed against Washington”, the German Der Spiegel wrote, adding that Russia and China were drawn together by the presence of a common enemy – the United States.

“The joint Russian-Chinese drill hints to Washington that a new rivalry is now in the making in the Mediterranean Sea”, the magazine wrote.

The Sea Coopeeration-2015 exercise will run until May 21. A total of nine ships from both sides are taking part in the first drill of its kind to happen in the Mediterranean.

The drills’ goal has been stated as deepening friendly cooperation between China and Russia and strengthening their combat ability in repelling naval threats.