Why Putin Doesn’t Need To Pander To The West 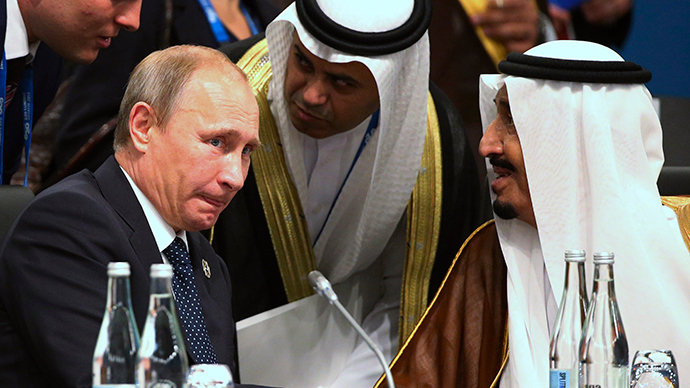 Why Putin Doesn’t Need To Pander To The West

It’s quiet on the eastern front – as quiet as a conflict between world superpowers can be.Since February’s cease-fire agreement, relative calm has prevailed in Ukraine and world events elsewhere – Iran and Yemen – have shifted the global focus. Still, the West’s frigid relationship with Russia is no less chilly and antagonism, not cooperation, remains the modus operandi. Long-term, the stalemate looks to continue, but can either side afford such a result? And if not, who cracks first?

The prevailing judgment is that Russia cannot. And at surface level it’s a fair assessment. The Bank of Russia predicts the economy will contract by between 3.5 and 4 percent in 2015 and by another 1 percent in 2016; the ruble, while stable, is still down approximately 40 percent since June of last year. In all, former Finance Minister Alexei Kudrin believes the events in Crimea will cost the Russian economy as much as $200 billion over the next three to four years. The political and economic situation is fraught with grey area however, and no one turns grey to green quite like president Vladimir Putin.

As Putin embarks on his 16th year at the helm – I’m counting 2008-2012 – he faces a situation not too dissimilar from his first year in office: a sluggish economy, falling standard of living, high capital flight, and low foreign direct investment. Russia’s demographics look good and its equity market is a top pick for 2015, but in the short-term, the country’s macro indicators don’t yield much hope.

Now, as in 2000, Putin will ride oil through to the finish. In that regard, the World Bank forecasts favorable price growth to the quarter-century mark. By 2018, Russia’s Minister of Economic Development Alexei Ulyukaev expects the economy to out-perform high-income economies globally. The longevity of such a strategy is questionable; it’s risky – and probably the only realistic course of action – but Putin doesn’t have to wait out the rough patch, only his competitors.

In Europe, the cracks are beginning to show.

On March 16, the United States effectively removed any easing of sanctions from the table – the State Department will continue to support and enforce sanctions as long as Russia continues to occupy Crimea. Germany, in song with the US, remains committed to the cause and German Chancellor Angel Merkel reiterated the nations’ shared ideology in statements to the European Council on March 19. That same day, European Union leaders collectively agreed to back sanctions until the Minsk accord bears fruit. Individually, the agendas differ significantly.

EU officials believe that up to half of the member nations are ready to scale back sanctions. Among the most vocal in their discontent are Austria, Cyprus, Hungary, Italy, Greece, Slovakia, and Spain.

Could this be the reason for Saudi Arabia’s stance on oil supplies?

There’s an incredible energy development we’ve been keeping track of for you over the past year… It’s the reason Saudi Arabia is acting in desperation… depressing oil prices… and even risking internal unrest. Their (and OPEC’s) very survival is being threatened.
And we believe we’ve put together an incredible video revealing how it works.

Greece in particular is inching closer to Russia. The nation is on the brink of default and has yet to agree on bailout terms with EU officials. Newly elected Prime Minister Alexis Tsipras will meet with Putin in Moscow on April 8 – a meeting that many believe is to establish a back-up plan to EU financing. Tsipras’ trip follows that of his Energy Minister Panagiotis Lafazanis, who returned to Greece March 31 after securing Russian commitments to participate in an upcoming tender for deep-sea oil and gas exploration in the Ionian Sea.

In Hungary, Putin and Hungarian President Viktor Orban have finalized a $10.8 billion loan agreement that will see Russia finance the expansion of Hungary’s Paks nuclear plant. Whether it’s providing genuine aid or not, Russia’s message to the EU is clear – it won’t be stopped.

The growing piecemeal arrangements make obvious the sanctions’ limits – there’s not much further they can go – and demonstrate that nobody wants to be the last one to the table when the sanctions do indeed drop.

Russia possesses tremendous opportunity for growth and with no lack of suitors – east or west – Putin is in no hurry to pander to the US or EU hardliners.