Jade Helm ‘Ends’ With The Beginning Of The Shemitah Jubilee In Mid-September, 2015 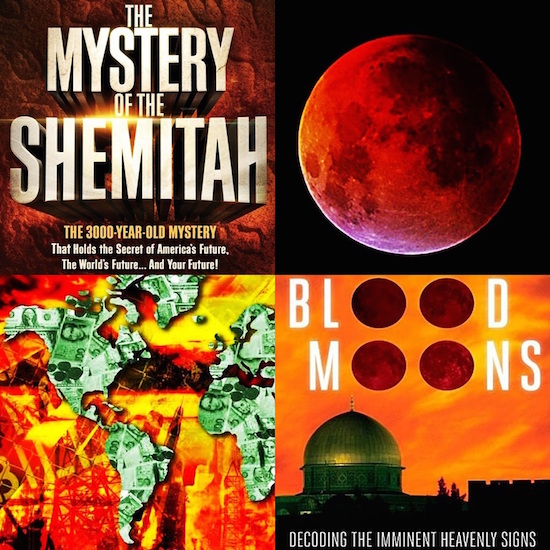 Jade Helm ‘Ends’ With The Beginning Of The Shemitah Jubilee In Mid-September, 2015

SOTN Editor’s Note
As a rule, SOTN does not get involved with the prediction business. Likewise, we are committed to staying out of the realm of prophecy; however, the stakes are now way too high to avoid disseminating reports which may be on to something.

Although we are not inclined to publish material like the opinion piece presented below, it does contain such a unique mix of information that maybe it ought to be considered. Therefore, we believe that this evolving story deserves some attention.

While the language of the following post titled “URGENT WARNING” is quite sensational, there are valid reasons why this time-sensitive subject can no longer be ignored.  The two links below provide some necessary perspective.

You Will Be Left Speechless! (Eye Opening, Stunning Videos) There is no denying that global events just keep getting stranger by the day…especially in the United States of America, where the many voices of the people once shouted, “Let freedom ring!” but now shout, “We don’t care if we lose our freedom, we’re too busy and dumbed down to worry about it!”  Or better, “We do not believe anything is going on. It’s all nonsense!”

The American people have been so pampered and spoiled in this life that they are clueless when it comes to true suffering. So what will they do when the pacifier is literally yanked from their mouths and their diaper supply is suddenly cut off? They will do what any spoiled rotten baby does in a time of crisis—they will throw a temper tantrum and destroy everything around them. Literally, all hell will break loose!

WARNING! The Greatest American Nightmare Begins September 2015-Are You Ready?

All over the internet are at least a dozen different opinions, theories, and ideas about what Jade Helm really is, and why the Walmart stores are closing at the same time.

Before I go further, I want to state my opinion on this entire ordeal. I whole heartedly believe that if indeed there is more to this than meets the eye, and I truly feel there is, that it has everything to do with a major economic collapse that will arrive in September at the end of the seven year Shemitah cycle. The Shemitah cycle, interestingly enough, ends September 13, 2015. Coincidentally, the Jade Helm exercises officially ends September 15, 2015, only two days later, according to their official press release (excerpt):

In an article on WND News, Jonathan Cahn states:

It’s no mystery that of “The Mystery of the Shemitah” comes out just before the next Shemitah cycle begins Sept. 25, 2014 – ending Sept. 13, 2015. Cahn explains the Shemitah can have several meanings. It can mean a “release” – and in ancient Israel debts were canceled and land returned to its original owners. But it can also mean “to fall, to collapse, to shake,” he says.

But the Shemitah seems to be affecting the U.S. economy throughout much of the nation’s history. The eight greatest postwar economic crashes are all mysteriously connected to a biblical Sabbath year pattern known in Hebrew as “the Shemitah,” reveals the book – evidence certain to rock the world of financial speculators, stock market traders and economists. Among the stunning findings of the author who found jaw-dropping links between the 9/11 terrorist attack and an otherwise obscure biblical passage, Isaiah 9:10, is that 100 percent of the worst U.S. economic calamities since World War II are all lined to the “Shemitah,” the biblical Sabbath year, its wake or the biblical month of Tishri in which the “Shemitah” falls.

But more than that – all of the great economic crashes in U.S. history, including the Great Depression, line up with Shemitah years. “It has been affecting everything in our lives,” says Cahn. “There’s no end to it. It’s amazing. It’s precise. It’s down to the days, the hours, the minutes, even the seconds.” Is This Our Final Warning? A GREAT & MIGHTY SHAKING IS COMING! URGENT Shemitah & Blood Moon Update!

And, if that wasn’t enough to grab your attention, the article goes on to say:

—In 1931, a solar eclipse took place on Sept. 12 – the end of a “Shemitah” year. Eight days later, England abandoned the gold standard, setting off market crashes and bank failures around the world. It also ushered in the greatest month-long stock market percentage crash in Wall Street history.

Is Cahn predicting doom and gloom on Sept. 13, 2015? He’s careful to avoid a prediction, saying, “In the past, this ushered in the worst collapses in Wall Street history. What will it bring this time? Again, as before, the phenomenon does not have to manifest at the next convergence. But, at the same time, and again, it is wise to take note.”  To top it off, “Shemitah” years are also grouped in sevens – with the 50th year being a year of jubilee – or trumpet blast. Here is a timeline of events in the order I believe they could happen. I am not prophesying this (as I am not a prophet) and I am not saying this is for sure how it will happen. This is just a rough idea of how I ‘think’ it could all unfold and just one of my many thoughts on how it ‘could’ happen:

—September 2015, at the end of the Shemitah year, the economy will collapse. Mass hysteria will take place as a result, and marital law will be imposed. There will be rioting, chaos, and many deaths.  People will starve, kill each other, and go into a state of panic.  FEMA camps will be packed full.

—2016 (Early to Mid..maybe March?) The New World order will be in effect and the man who will be the Antichrist will be revealed and come into the public eye.

According to a recent video (first two videos below), there are tunnels beneath some of those Walmarts. And, according to another recent video (third video below), this is all a response to an asteroid coming this September (for the full story, CLICK HERE):

Jade Helm, the Lord told me what it was!

Now we have Project Maple Resolve/Maple Caravan in Canada (Canada’s very own Jade Helm), along with the closing of Canadian Target stores. And, if that wasn’t enough, the UK and Ukraine are now involved as well. According to one source, the significance of the closing of these large department stores coinciding with the large-scale Jade Helm and Maple Resolve operations is the fact that the military will use these stores as military distribution installations.

The source states that backdoor logistics software exists within these stores specifically to be used for military purposes.

In Canada, we have the laying off of 17,000 people across 133 Target stores that now lay empty. These buildings are huge, each being around 130,000 square feet. Source: INVESTMENTWATCHBLOG.COM

Exercise MAPLE CARAVAN provides an exceptional opportunity to reinforce the Canadian Army’s mission readiness through a joint logistical operation with our American ally. It is also a cost-effective way to manage an important equipment movement in support of Exercise MAPLE RESOLVE. Soldiers will hone their skills in transporting large quantities of vehicles by road over a great distance. This skill set is necessary to ensure that modern day militaries are able to adapt to transportation challenges they may encounter in missions at home and abroad.

—This exercise will include approximately 325 personnel from the Canadian Army, the U.S. Army National Guard and the U.S. Army Reserve. It will begin today and finish April 18. The return trip is planned to commence in June 2015.

But then, Canadian troops are heading to the Ukraine to help them out with a U.S. led training drill. According to Canada’s CBC News:

Starting this summer, roughly 200 troops will be deployed, until March, 2017, to help develop and deliver training for Ukrainian forces personnel.

Kenney told his news conference that from the beginning, Canada was interested in doing something in western Ukraine that would maximize the distance from the conflict and minimize the risk Canadian forces would find themselves in a confrontation with the Russian-backed forces in the eastern part of the country. The majority of the trainers, roughly 150 troops, according to the defence minister, likely will be deployed from 2 Canadian Mechanized Brigade Group at Garrison Petawawa. They will be stationed at a facility that Canada helped establish: a NATO training centre in Yavoriv, near the Polish border.

The article goes on to add that,

Canada will only be dealing with recognized Ukrainian government forces and not the kind of ad hoc militias that emerged earlier in the conflict, Kenney said. The defence minister said the estimated cost for the first year of the mission would be $16 million, of which $3 million would be a contingency fund to be drawn only if necessary. Because the bulk of the trainers are actually joining a U.S.-led mission, Canada can co-locate at the existing base and save money, Kenney said.

Note: CBC News also posted an article about Maple Caravan. You can read more about that HERE

So what does all of this mean? It means that before this September arrives, you might want to take your money out of the bank (not that it will be worth anything). You also need to make preparations for general survival. IF this comes to pass the way it appears, a series of end time prophetic events will begin like the domino effect, and things will spiral from there.  We will all be in serious danger, because things will never be the same again.

While I am not claiming this will positively happen, I am stating that there is a ‘GREAT’ possibility, based on all of the information I have supplied here, and more. That being said, I am trying to help you and your family so that you will not be left in a state of shock as most people will be.

You can take it or leave it, the choice is yours. But as for me, I would much rather be prepared for the worst and nothing happen than I would to not be prepared when all hell breaks loose!