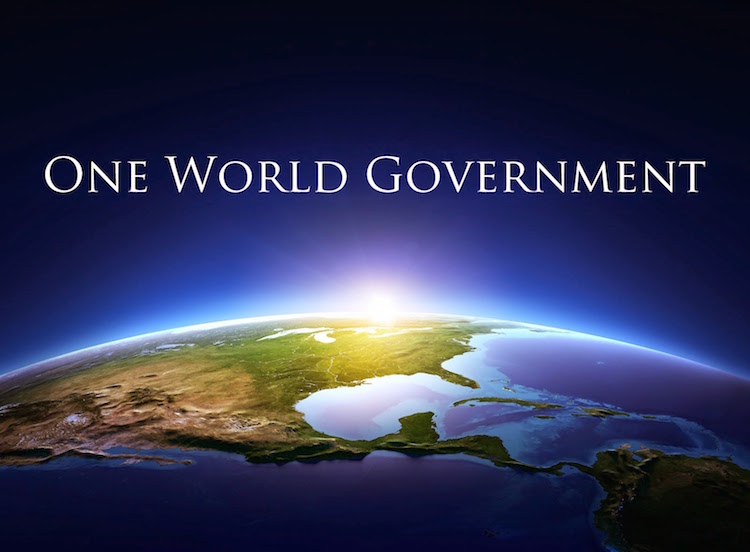 UNITED NATIONS – The U.N. general secretary’s appearance at an upcoming Vatican event promoting a worldwide movement to combat climate change coupled with a pontifical paper calling for the establishment of a global political, economic and financial authority cultivated by the U.N. has caught the attention of an author who believes the developments support predictions in his 2012 book.

The Vatican’s “Protect the Earth, Dignify Humanity” conference April 28, which will feature U.N. General-Secretary Ban Ki-moon, aims “to elevate the debate on the moral dimensions of protecting the environment” and build “a global movement across all religions for sustainable development and climate change.”

Thomas Horn, co-author with Cris Putnam of “Petrus Romanus: The Final Pope is Here,” notes the Vatican conference anticipates the encyclical on global warming and the environment by Pope Francis, currently scheduled for June or July publication.

Horn sees the Vatican’s attempt to join forces with the United Nations on the issues of global warming and climate change as additional evidence the Vatican is following a blueprint “for structuring the world’s political and economic authorities into a centralized world government.”

He points out that Cardinal Peter Turkson, the head of the Pontifical Council for Justice and Peace, helped write the first draft of the pope’s encyclical and also wrote a document in 2011 on behalf of the Vatican calling for establishing a global authority to eliminate economic inequalities and redistribute wealth.

Expected to attend the Vatican conference is U.S. economist Jeffrey Sachs, the head of the Earth Institute at Columbia University, and a special adviser to the U.N. chief on Millennium Development goals. Sachs also serves as the director of the U.N. Sustainable Development Solutions Network.

Horn told WND people “should sit up and take notice” of the U.N. event because of the Vatican’s Oct. 24, 2011, document authored by Turkson titled “Toward Reforming the International Financial and Monetary Systems in the Context of a Global Public Authority.”

Horn said the paper “amounted to a call by the Vatican for a global political, environmental and financial authority to be established under the United Nations.”

In the document, Turkson acknowledged “a long road still needs to be travelled before arriving at the creation of a public Authority with universal jurisdiction,”

“It would seem logical for the reform process to proceed with the United Nations as its reference,” Turkson continued, “because of the worldwide scope of the U.N.’s responsibilities, its ability to bring together the nations of the world, and the diversity of its tasks and those of its specialized Agencies.”

Turkson described the Vatican’s view of what an ethically acceptable global economic development would look like.

“The fruit of such reforms ought to be a greater ability to adopt policies and choices that are binding because they are aimed at achieving the common good on the local, regional and world levels,” he wrote.

“Among the policies, those regarding global social justice seem most urgent: financial and monetary policies that will not damage the weakest countries; and policies aimed at achieving free and stable markets and a fair distribution of world wealth, which may also derive from unprecedented forms of global fiscal solidarity, which will be dealt with later.”

In their book “Petrus Romanus,” Horn and Putnam said the Vatican directive attempts to devise a “moral” mandate for establishing “a global public authority” and “a central world bank.”

Horn also drew attention to “Caritas in Veritate,” or “Charity in Truth,” the third and last encyclical published by Pope Benedict XVI before he abdicated the papacy, which advocates a “World Political Authority.”

One of the global authority’s aims, Benedict said, should be to “manage the global economy; to revive economies hit by the crisis; to avoid any deterioration of the present crisis and the greater imbalances that would result; to bring about integral and timely disarmament, food security and peace; to guarantee the protection of the environment and to regulate migration.”

Benedict said that in “the face of the unrelenting growth of global interdependence, there is a strongly felt need, even in the midst of a global recession, for a reform of the United Nations Organization, and likewise of economic institutions and international finance, so that the concept of the family of nations can acquire real teeth.”

In an email to WND, Horn affirmed the conclusions of Accuracy in Media’s Cliff Kincaid after the publication of “Caritas in Veritate” in 2009.

“Kincaid is right to be concerned why the leader of the worldwide Catholic Church, considered by Catholics the personal representative of Jesus Christ, has become an advocate for one of the most corrupt organizations on the face of the earth – the United Nations,” Horn said. “These developments have prophetic implications for Christians who fear that a global dictatorship will take power on earth in the ‘last days.’”