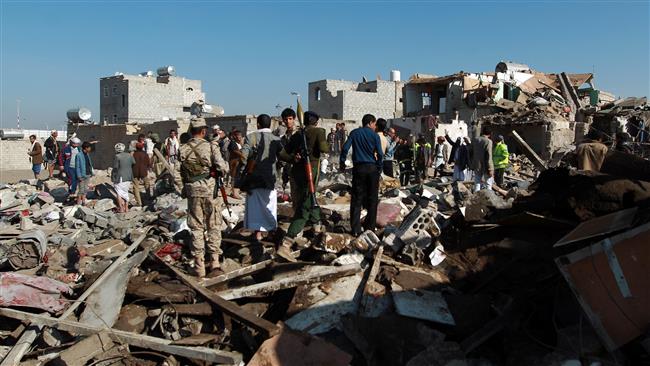 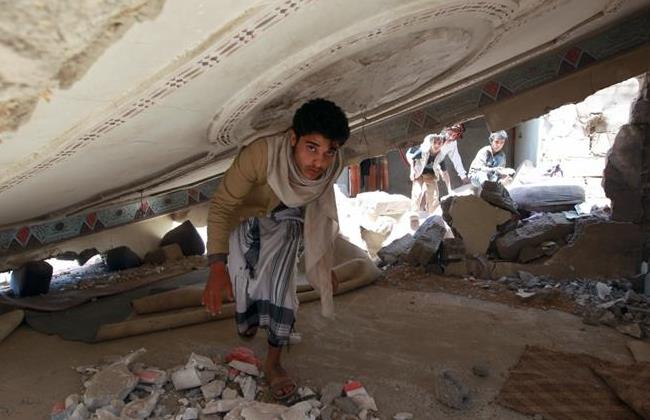 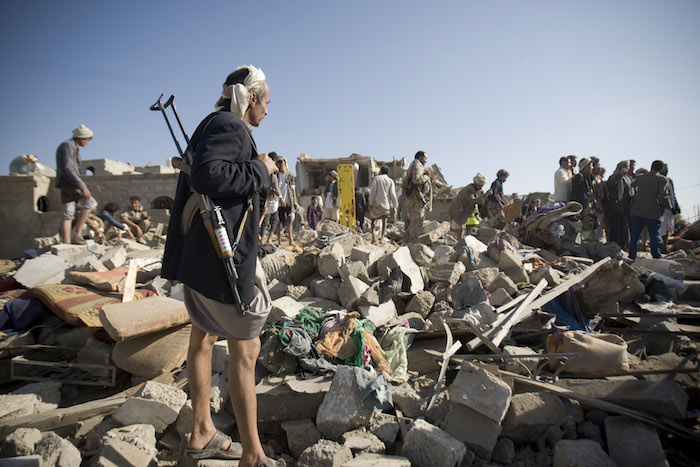 RT reports that Saudi Arabia rejected Russia’s amendments to a Security Council draft resolution which would see an all-inclusive arms embargo on all parties in the Yemeni conflict. Saudi stocks did not like the news and began to tumble – now down over 3%, back at January lows as the fighting continues to spiral out of control with civilian death toll climbing. At least 185 people were left dead and more than 1,200 wounded as a result of fighting in Aden, a medical official told AFP Saturday, three-quarters of them civilians. In the meantime, Reuters reports The Houthis are gaining ground in Aden, despite the onslaught of airstrikes.

Saudi stocks not happy… down 13% from mid-March highs…

“We urgently need an immediate halt to the fighting, to allow families in the worst affected areas, such as Aden, to venture out to get food and water, or to seek medical care,” said Robert Mardini, head of the ICRC’s operations in the Near and Middle East. But as RT reports, for now that remains a distance away…

“There is little point in putting an embargo on the whole country. It doesn’t make sense to punish everybody else for the behavior of one party that has been the aggressor in this situation,” Saudi Arabia’s representative to the UN Abdallah Al-Mouallimi said after a closed emergency UN Security Council meeting on Saturday.

Al-Mouallimi added that he “hopes” Russia won’t resort to its veto power in case the all-inclusive embargo clause is not added into the draft submitted by the Gulf Cooperation Council that urges an arms embargo only on the Houthis.

At the same time, Riyadh agreed with Moscow’s calls for need of “humanitarian pauses” in the Saudi-led coalition’s air campaign in Yemen – though saying that Saudi Arabia already cooperates fully in this regard.

“We always provided the necessary facilities for humanitarian assistance to be delivered,” Al-Mouallimi told reporter heading out of the meeting. “We have cooperated fully with all requests for evacuation.”

The 15-member council is considering the possibly of merging the Russian and Gulf Cooperation Council proposed drafts into one.

The Security Council meeting coincided with the call from the International Committee of the Red Cross for a “humanitarian pause.” The NGO urged to break hostilities for at least 24 hours.

Meanwhile intensive airstrikes early Saturday morning targeted Houthi positions near Aden and in the Houthi stronghold of Saada in the north of the country.

But as Reuters reports,

Residents took refuge in their homes and reported hearing sporadic gunfire and blasts of rocket-propelled grenades, and one witness saw a Houthi tank in the downtown Mualla district, which sits astride Aden’s main commercial port.

Houthi forces have inched forward in street-fighting in the city despite an 11-day nationwide bombing campaign by a Saudi-led coalition aimed at halting the Iran-allied group and protecting Hadi’s last bastion of support in the country.

The crates of light weapons, telecommunications equipment and rocket-propelled grenades were parachuted into Aden’s Tawahi district, on the far end of the Aden peninsula which is still held by Hadi loyalists, fighters told Reuters.

Saudi Arabia has said defending Aden’s government is a “main objective” of its mission and Hadi’s administration has called for a foreign ground intervention into the beleaguered city.

So here comes more Military Advisor boots on the ground…