US Sends Over 100 US Tanks, Armor To Latvia As Nuland “Confirms” Russia Delivering Weapons 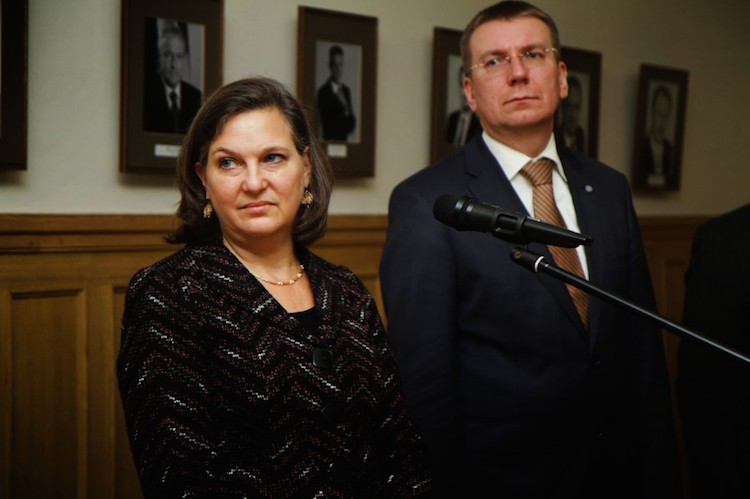 US Sends Over 100 US Tanks, Armor To Latvia As Nuland “Confirms” Russia Delivering Weapons

No lesser trustworthy character than Assistant Secretary of State Victoria Nuland explained this morning that the US can “confirm” new Russian weapons delivery to Ukraine and that they “can tell” when Russia sends in new weapons (though offering no explanation of this statement). This comment to the Senate Committee comes a day after the US delivered ‘lethal aid’ to Latvia – 120 armored units (including tanks) – with US Army General John O’Conner who witnessed the tanks arriving on Latvian soil said,“Freedom must be fought for, freedom must be defended.” And finally, one more shot in the eye of the germans, deputy under-secretary of Defense Brian McKeon said the US is “actively considering more weapons for Ukraine,” seemingly implying they alreadt sent some?

The rhetoric is heating up

Latvia has confirmed more than 120 armored units, including tanks, have been delivered by the US. According to the Latvian Ministry of Defense, these include M1A2 Abrams tanks and M2A3 Bradley armored vehicles.

The move to deploy yet more tanks and armored vehicles was welcomed by Latvian Minister of Defense Raymond Vejonis.“The presence of our allies (US and NATO) in Latvia is a confirmation of solidarity and security in the region,” Vejonis said in a statement on Twitter.

The tanks were delivered to Latvia via Riga Freeport after being offloaded from the carrier ship Liberty Promise on Monday. US Army General John O’Conner who witnessed the tanks arriving on Latvian soil said, “Freedom must be fought for, freedom must be defended,” as reported by the US Embassy Riga Twitter feed.

He also added their delivery would “demonstrate resolve to President Putin and Russia that collectively we can come together,” while General O’Connor also mentioned, they would stay “for as long as required to deter Russian aggression,” as reported by AFP. 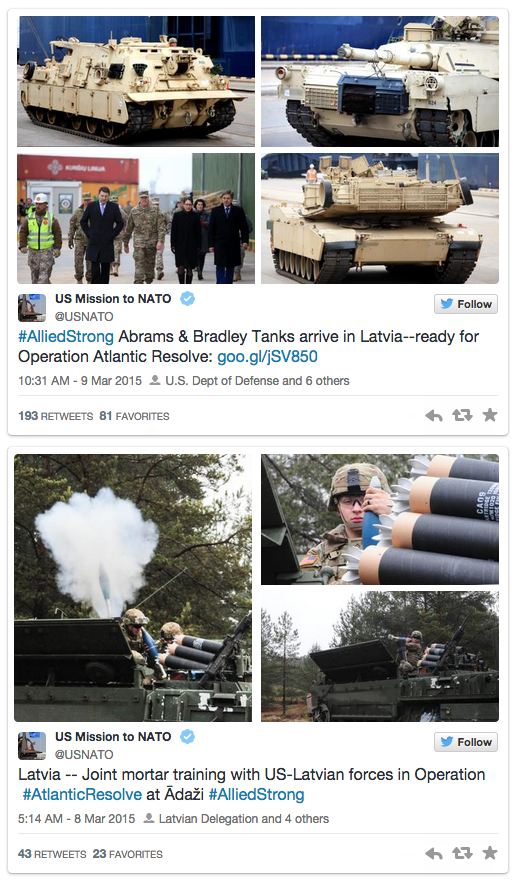 Leaving the situation ever more dangerous…

But Nuland wasn’t done yet. As Sputnik news reports,

The United States government is applying pressure to European countries that oppose sanctions against Russia, US Assistant Secretary of State for European Affairs Victoria Nuland said at a US Senate hearing on Tuesday.

“We continue to talk to them bilaterally about these issues,”Nuland said of Hungary, Greece, and Cyprus, whose leaders have opposed anti-Russian sanctions. “I will make another trip out to some of those countries in the coming days and weeks.”

Nuland noted that “despite some publically stated concerns, those countries have supported sanctions” in the European Union Council.