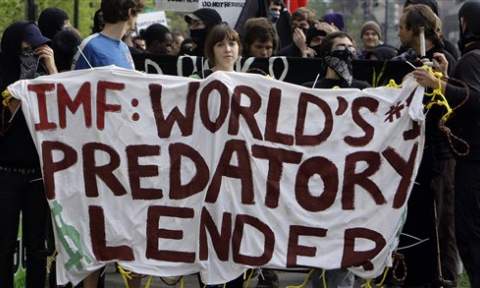 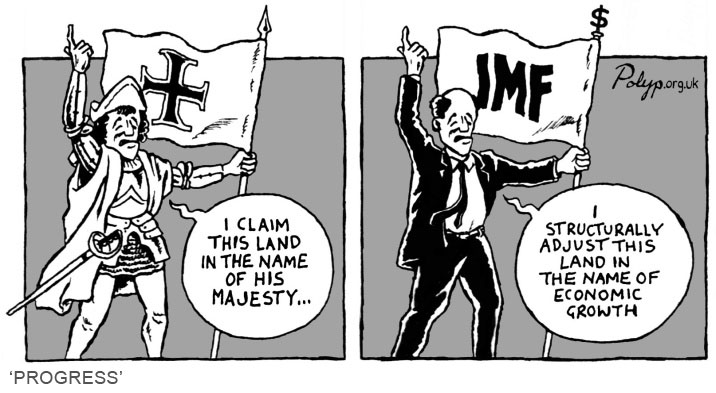 What is the IMF?

The International Monetary Fund and the World Bank were created in 1944 at a conference in Bretton Woods, New Hampshire, and are now based in Washington, DC. The IMF was originally designed to promote international economic cooperation and provide its member countries with short term loans so they could trade with other countries (achieve balance of payments). Since the debt crisis of the 1980’s, the IMF has assumed the role of bailing out countries during financial crises (caused in large part by currency speculation in the global casino economy) with emergency loan packages tied to certain conditions, often referred to as structural adjustment policies (SAPs). The IMF now acts like a global loan shark, exerting enormous leverage over the economies of more than 60 countries. These countries have to follow the IMF’s policies to get loans, international assistance, and even debt relief. Thus, the IMF decides how much debtor countries can spend on education, health care, and environmental protection. The IMF is one of the most powerful institutions on Earth — yet few know how it works.