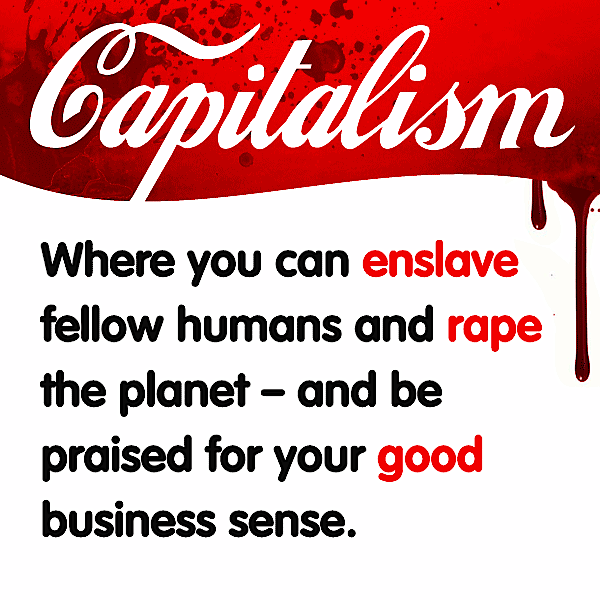 TMR Editor’s Note
There is no greater challenge for the current planetary civilization than to throw off the yoke of globalized predatory capitalism. Yes, there are acceptable forms of capitalism in practice today; however, most practitioners are eventually absorbed or taken over by the most predatory corporations.

I admire David Ray Griffin for his wide-ranging intelligence, his research skills, and for his courage. Dr. Griffin is not afraid to take on the controversial topics. He gave us ten books on 9/11, and anyone who has read half of one of them knows that the official story is a lie.

Now Griffin has taken on global warming and the CO2 crisis. His book has just been published by Clarity Press, a publisher that seeks out truth-telling authors. Griffin’s book is a hefty 424 pages plus 77 pages of footnotes documenting the information that he presents. Unprecedented: Can Civilization Survive The CO2 Crisis? is no screed. The book is a carefully researched document.

Readers often ask me to write about global warming, chemtrails, vaccines, and other subjects beyond my competence. However, I can see that Griffin has made a huge investment in researching climate change. His book provides a thorough account under one cover.

Griffin concludes that civilization itself is at stake. His evaluation of the evidence is that humans have about three decades to get CO2 emissions under control, and he sees hope in the agreement between Obama and Chinese president Xi Jinping that was announced on November 11, 2014.

Griffin argues that instead of rushing to their own destruction like lemmings, the human race must accept the moral challenge of abolishing the fossil-fuel economy. He makes the case that clean energy permits most of modern society’s way of life to continue without the threat posed by ever rising emissions.

Nuclear energy is not among clean energy sources–just look at the ongoing radiation pollution from Fukushima. Griffin is correct in the way he has framed the issue. It is a moral challenge.

Clearly the climate is changing, whether caused by CO2 emissions or some other cause. Every day brings more reports of perils associated with climate change. See for example:http://www.theweek.co.uk/62989/melting-antarctic-glacier-could-lead-to-11-foot-increase-in-sea-levels?_mout=1&utm_campaign=newsletter&utm_medium=email&utm_source=newsletter
and http://www.theguardian.com/world/2011/jul/24/melting-arctic-ice-banned-toxins-pops

Our foods are also polluted. On one hand our food is polluted with herbicides and on the other hand by antibiotics. And then we have hormones and pesticides. The World Health Organization has concluded that the glyphosate in Monsanto’s Roundup, a herbicide widely sprayed on GMO food crops, is a likely causes of cancer in humans and animals. http://www.intellihub.com/admits-monsantos-glyphosate-probably-causes-cancer-chemical-found-75-air-rain-samples/

Glyphosate, which is also believed to be exterminating honey bees and Monarch butterflies, is now present in 75 percent of air and rain samples. Some time ago I reported on a microbiologist who wrote to the US Secretary of Agriculture about extensive findings by independent scientists that glyphosate has serious adverse effects on animal life and on animal and human fertility and on the ability of soil to produce nutrition in food crops. The scientist pointed out that the US government’s clearance of glyphosate rested entirely on the industry’s own studies of its safety and that these “studies” are not substantiated by independent scientists. He pointed out that not only are the studies done by scientists employed by Monsanto, but also many agricultural science university faculties are dependent on research funds from the chemical industry and thereby do not have an independent voice.

(On a French TV show a Monsanto representative claimed Roundup was safe enough to drink, but turned down the offer from the show’s host to demonstrate by drinking a glass by exclaiming “I’m not stupid!” http://www.zerohedge.com/news/2015-03-27/im-not-stupid-monsanto-lobbyist-refuses-drink-weedkiller-after-proclaiming-it-wont-h )

Martha Rosenberg writing in CounterPunch reports that 70 percent of all antibiotics are fed to livestock because it produces weight gain and saves money on feed costs. Ninety-three percent of doctors are concerned about the meat industry’s excessive use of antibiotics, and independent scientists have definite evidence that the growing resistance of bacteria to antibiotics is due to the use of antibiotics as animal feed.

Scientists at the University of Iowa found Methicillin-resistant Staphylococcus aureus in 70 percent of farmed hogs. A Consumer Reports investigation found that US meat, regardless of the meat’s source, is full of “pathogens, commensals, and antibiotic resistant bacteria.” Pork tested contained five resistant bacteria strains.

The Food and Drug Administration, severely weakened by Republicans, cannot stand up to Big Meat. Rosenberg reports that “when the FDA tried in 2008 to ban farm use of cephalosporins (antibiotics like Cefzil and Keflex) because they are needed for pneumonia, strep throat, and other serious human conditions, the egg, chicken, turkey, milk, pork, and cattle industries and the animal Health Institute stormed Capital Hill.”

Congress responded to the campaign donations, not to the health and safety of the American people. The Animal Health Institute consists of the drug companies who make profits selling 70 percent of their production to meat, egg, and milk producers. The members of the “health” institute are Abbott, Bayer Healthcare, Elanco/Lilly, Merck, Boehringer, Ingelheim Vetmedica, Novartis, etc.

In other words profits come far ahead of public health. As the drug companies have more or less stopped the development of new antibiotics, the protection antibiotics provide against infections is rapidly fading.

The horror goes on. During a time of severe drought in the western US, with California reportedly left with one year’s supply of water, the fossil-fuel fracking industry is polluting the remaining surface and ground water.

All of these activities–use of antibiotics as animal feed, use of GMO herbicides, fracking–are profitable because they impose huge external costs on the environment and on third parties who are not participants in the profits gleaned by externalizing the costs of production. And this brings us back to Griffin’s important book.

Griffin makes the point that the external cost imposed on the climate by fossil-fuel use is the source of the life-threatening crisis that humanity confronts. Capitalists make money by exploiting labor and by externalizing the costs of the wastes produced by the productive process by imposing the wastes on the environment. It is the short-term time horizon of production organized by selfish private interests focused on quarterly profits that is destroying the livability of the earth.

Almost every economist on earth will rise up in opposition to that true statement, because they are brainwashed in the neoliberal ideology that masquerades as economic science, but in fact is nothing but an apology for capitalist exploitation of labor and the earth.

I happened to be one of Ronald Coase’s graduate students the year he published his famous article on “The Problem of Social Cost” (external costs) for which, together with his article, “The Theory of the Firm,” he was awarded the Nobel Prize in Economics. In theory, externalities can be internalized into the process of production so that the producer bears all the costs if all inputs and waste products are subject to property rights. But no one owns the atmosphere, the oceans, the rivers and streams. They remain “common property” and thus are dumping grounds for waste disposal.

Governments, despite pressure from corporations, have realized that pollution is a problem, and governments have imposed some regulation. The regulation raises some costs to corporations, but the regulation is insufficient to halt very much of the externalization of the cost of production. In economic terms, this is the crisis that David Ray Griffin presents to us.

Capitalism’s pursuit of profit is destroying life on earth.