Fourth Turning: The Shadow Of Crisis Has Not Passed – Part 1 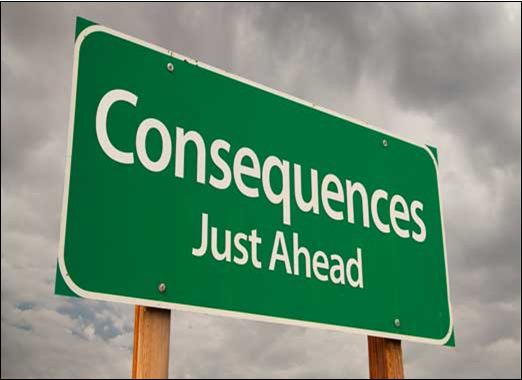 Fourth Turning: The Shadow Of Crisis Has Not Passed – Part 1

by Jim Quinn
The Burning Platform

“Imagine some national (and probably global) volcanic eruption, initially flowing along channels of distress that were created during the Unraveling era and further widened by the catalyst. Trying to foresee where the eruption will go once it bursts free of the channels is like trying to predict the exact fault line of an earthquake. All you know in advance is something about the molten ingredients of the climax, which could include the following:

When you read pertinent passages from Strauss & Howe’s prophetic assessment of history from a generational perspective, eighteen years after its publication and seven years into the Crisis they forecasted with uncanny accuracy, you find yourself shaking your head and appreciating their visionary generational appraisal of antiquity. Those who scornThe Fourth Turning either haven’t read it, are ignorant of the cyclical nature of history, blindly believe in never ending human progress, or their salary is dependent upon not acknowledging the truth. A year consists of four seasons – Spring, Summer, Fall, and Winter. A long human life of 80 years consists of four phases – childhood, young adulthood, mid-life, and old age. Human beings tend to associate themselves with the cohort born within the roughly 20 year period that makes up one phase of life. Members of a generation share an age location in history, tend to share some common beliefs and behaviors, including basic attitudes about risk taking, culture and values, civic engagement, family life, and tend to have a sense of common perceived membership in that generation. The generational attitudes, moods, leaders, and events that occur during recurring 80 year cycles drive the pathway of history. Strauss & Howe have been able to document the Turnings of Anglo-American history back to 1435. Like the seasons in a year, there have been cyclical turnings every twenty years or so for centuries. They can be described as High (Spring), Awakening (Summer), Unraveling (Fall), Crisis (Winter). Each turning is a reflection of generational interactions, moods, and attitudes. We are now seven years into a Crisis that will likely not climax until the late 2020’s.

The beginning of the new year has seen the usual avalanche of 2015 forecasts from mainstream media pundits, Wall Street gurus, Ivy League economists, journalists and bloggers. Most are paid to produce forecasts which promote their employer’s agenda; convince readers to buy their investment products, newsletters, or service; propagandize the government storyline; or validate their Ivy League academic theories. Those in the employ of the Deep State always produce forecasts of economic growth, positive developments, and never ending progress. They’ve never seen a recession coming, the stock market declining, or war looming. None of these people saw the 2008 Financial Crisis coming. They all believe 2015 will be a great year. They are narrow minded linear thinkers who are willfully ignorant of history or purposefully peddling propaganda for a paycheck.

Making annual forecasts in the midst of a 20 year Fourth Turning Crisis is rather pointless. Predicting improvement or progress in the midst of a Crisis is nothing but a futile exercise in mental masturbation. Fourth Turnings, like a protracted, brutal, frigid, gloomy, stormy winter of discontent, may have an occasional let up in intensity, but will rapidly revert back to turbulence, danger, and volatility. When I wrote Fourth Turning Accelerating in June of last year, I made the case that core elements of this Crisis – debt, civic decay, and global disorder – were combining to provide an impetus to the next dire phase of this relentless blizzard of pain, suffering, chaos and war.

“Reflect on what happens when a terrible winter blizzard strikes. You hear the weather warning but probably fail to act on it. The sky darkens. Then the storm hits with full fury, and the air is a howling whiteness. One by one, your links to the machine age break down. Electricity flickers out, cutting off the TV. Batteries fade, cutting off the radio. Phones go dead. Roads become impossible, and cars get stuck. Food supplies dwindle. Day to day vestiges of modern civilization – bank machines, mutual funds, mass retailers, computers, satellites, airplanes, governments – all recede into irrelevance.

Picture yourself and your loved ones in the midst of a howling blizzard that lasts several years. Think about what you would need, who could help you, and why your fate might matter to anybody other than yourself. That is how to plan for a saecular winter. Don’t think you can escape the Fourth Turning. History warns that a Crisis will reshape the basic social and economic environment that you now take for granted.” – Strauss & Howe – The Fourth Turning

Putting forecasting into perspective during Fourth Turnings is easy when you have a grasp on history. Imagine there were pundits pontificating on CNBC or CNN in 1936, the seventh year of the Great Depression Crisis or 1780, the seventh year of the American Revolution Crisis. Most historians refer to the Great Depression as the period from the Great Crash of 1929 until our entry into World War II in 1941. Annual forecasts of improvement would be meaningless to people living through this brutal period in our history.

If Jim Cramer was assessing the period from 1934 through 1936 on his daily radio show, he would have been gushing about GDP growth of 10.8%, 8.9% and 12.9%. He would have been effusive about the 300% surge in the Dow Jones Index from the 1933 low to the 1936 high. CNN would be doing special reports about the tremendous success of New Deal programs, as Federal spending and handouts accounted for the entire surge in GDP. But, in reality the average American continued to struggle to survive, as unemployment ranged between 17% and 22% during this time and only the rich owned stocks. Another 10 years of hardship, war, and death on a grand scale awaited them. Perspective and context are essential when attempting to assess periods in history. You get no context from the entertainers passing for journalists in today’s world. The beginning of 1780 saw Washington and his troops surviving the harshest winter of the 18th Century in Morristown, NJ as the 5th year of war still left the outcome highly in doubt. CNN would have blamed the polar vortex for the temporary lull in patriot fortunes. Defeats in battles against the British in South Carolina and the uncovering of Benedict Arnold’s plot to surrender West Point to the British would have been spun as minor setbacks. Cornwallis’ surrender at Yorktown was almost two years away. The Articles of Confederation hadn’t yet been signed and the U.S. Constitution wouldn’t be signed until 1787. The Crisis wouldn’t end for another fourteen years, in 1794. 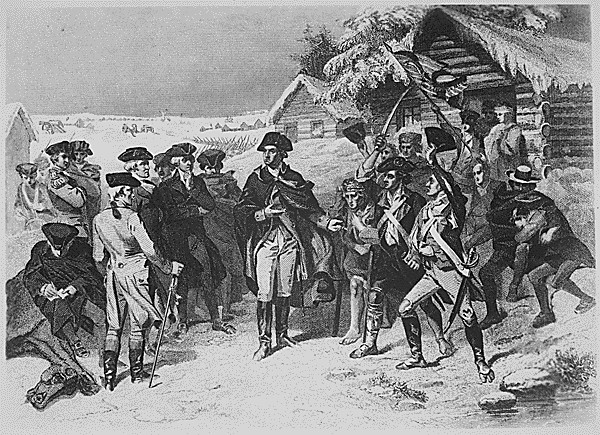 Fourth Turnings have their own rhythm and pace. The reactions to events and mood changes of generational cohorts interact to provide the dynamic that drives Fourth Turnings. The specific events are not foreseeable but human weaknesses, faults, flaws, failings, strengths, intellect, and emotions are consistent across the ages. Human nature does not change, therefore it is predictable. Those who wish for this Fourth Turning to accelerate and get to the climax sooner may want to rethink their desire. The Civil War Crisis was accelerated because all parties were intransigent and unwilling to compromise or pause. The result was 700,000 Americans killed in four years, representing 5% of the entire male population. This Fourth Turning could be accelerated with the push of a button and millions killed in an instant. I don’t think anyone wants that kind of climax. We are entering a banquet of consequences where our choices will make a difference.

“A Fourth Turning harnesses the seasons of life to bring about a renewal in the seasons of time. In so doing, it provides passage through the great discontinuities of history and closes the full circle of the saeculum. The Fourth Turning is when the Spirit of America reappears, rousing courage and fortitude from the people. History is seasonal, but its outcomes are not foreordained. Much will depend on how tall we stand in the trials to come.” – Strauss & Howe – The Fourth Turning

The Shadow of Crisis

“Don’t think you can escape the Fourth Turning the way you might today distance yourself from news, national politics, or even taxes you don’t feel like paying. History warns that a Crisis will reshape the basic social and economic environment that you now take for granted. The Fourth Turning necessitates the death and rebirth of the social order. It is the ultimate rite of passage for an entire people, requiring a luminal state of sheer chaos whose nature and duration no one can predict in advance.” – Strauss & Howe –The Fourth Turning

Just as you can’t turn the clock back to the glorious warm days of Summer or the delightfully pleasant cool days of Fall, the dark, foreboding, bitter days of Winter will bring forth raging blizzards, dangerous sub-zero temperatures, and vicious gale force winds.And there is no way to avoid, sidestep, or escape the trials and tribulations which will sweep away the existing social order and replace it with something better or possibly far worse. There are no guarantees this Crisis will resolve itself in a positive manner. The spark that catalyzed the Crisis mood in 2008 was the global financial implosion caused by Wall Street bankers committing the greatest control fraud in world history, corrupt captured politicians’ spineless failure to address the nation’s spending and debt problems, and the Federal Reserve creating a housing and stock bubble through their loose monetary policies and complete failure to regulate the Too Big To Trust Wall Street banks.

The inability of the linear thinking ruling class to acknowledge the seriousness of our current circumstancesand the implications of the era of depression and violence the country is about to experience can be witnessed on a daily basis by listening to mainstream media talking heads or politicians of all stripes who bloviate about economic improvement and progress just ahead. Could there be a better example of myopia, delusion and willful ignorance than the theme and opening line of Obama’s State of the Union speech:

“THE SHADOW OF CRISIS HAS PASSED”

Do Obama and his advisors actually believe this Crisis is over? Or is he purposely misleading the American people about the seriousness of our circumstances because he has been instructed to do so by the men who really pull the levers of this country – Wall Street bankers, shadowy billionaires, and the military industrial complex.

If the Crisis has passed, why has the 30 year bond yield fallen to an all-time low? Why does the Fed maintain an emergency stance by continuing to keep interest rates at 0% if the economy is really growing at over 4%, unemployment has really fallen from 10% to 5.7%, corporate profits are at all-time highs, and the stock market has risen by 200% to record highs?

In Part Two of this article I’ll prove the shadow of crisis has not passed, and the core elements of Crisis – debt, civic decay, and global disorder – get worse by the hour