Western Media Reproached By Émigrés For Irrational Response To Russia 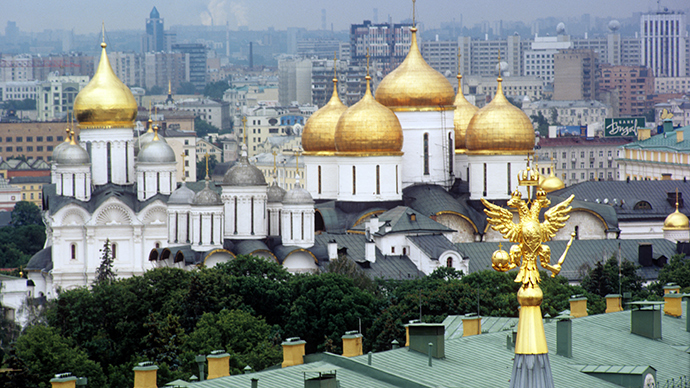 Western Media Reproached By Emigrés For Irrational Response To Russia

‘Stop blaming everything on Russia’: Heirs to 1917 revolutionary-era emigrants appeal to EU

Over 100 descendants of the Russian nobility residing outside the country have addressed European nations with a call to stop irrationally alienating Russia and give an unbiased appraisal to the current Ukrainian crisis.

The open letter written by Prince Dmitry Shakhovskoy and his wife, Princess Tamara, and signed by over 100 people representing the diaspora of the so-called first-wave emigration, was published by Rossiiskaya Gazeta on Thursday.

“The aggressive hostility that Russia is facing right now is lacking any rationality and the double standard policy is simply exceeding any limits,” claim the authors of the message. “Russia is being accused of all crimes, it is pronounced guilty a priori and without any evidence, while other countries are shown surprising leniency, in particular when Human Rights are concerned,” they letter reads.

“We cannot put up with daily slander targeting modern Russia, its leaders and its president, who are slapped with sanctions and smeared with dirt, in contradiction to basic reason.”

The descendants of the Russian nobility also said that they were outraged by fact that European officials and mass media had been consistently silencing the facts of the cruel shelling of civilians in eastern Ukraine conducted by the Ukrainian military with support of paramilitary groups brandishing Nazi symbols. Another disturbing fact was a full blockade of the Donbass region by the Kiev regime, which seeks to completely destroy the region that it still declares a part of Ukrainian territory. The pro-Kiev forces also allow numerous attacks on Russian Orthodox Churches, acts of violence and even murders of priests, destroy temples and launch repressions against believers, the message reads.

“We cannot remain indifferent and silent in the face of planned elimination of the Donbass population, open Russophobia and hypocritical approaches that contradict the interests of European nations themselves. We hope that the countries that in their time had shown hospitality to our families will again set on the path of reason and impartiality,” claim the descendants of the Tsarist White Guard officers and soldiers.

Earlier, the Russian parliament suggested that the Parliamentary Assembly of the Council of Europe launch an international panel to investigate crimes against humanity in Europe, such as the tragedy in Odessa or mass executions of civilians near Ukraine’s Donetsk. The proposal mirrors an address to international organizations, and national parliaments and governments, calling to investigate crimes against civilians in southeastern Ukraine, passed by the State Duma in October this year.