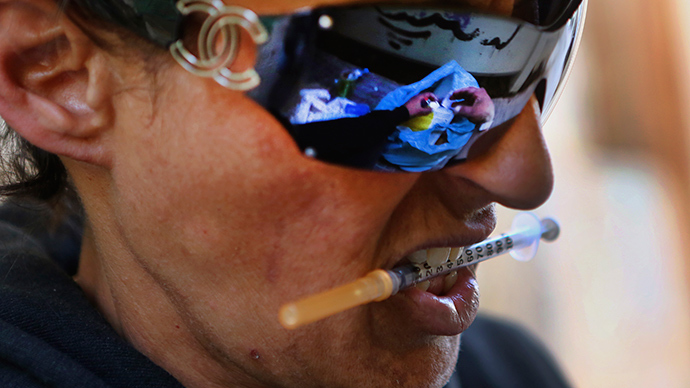 A panel of top global narcotics experts fronted by prominent public figures including Kofi Annan, Richard Branson and eight ex-national presidents, is strongly urging that drugs be a matter for health professionals, not the police, in a new report.

“Overwhelming evidence points to not just the failure of the drug control regime to attain its stated goals but also the horrific unintended consequences of punitive and prohibitionist laws and policies,”states the study, published by the Global Commission on Drug Policy (GCDP) this week.

“A new and improved global drug control regime is needed that better protects the health and safety of individuals and communities around the world,” the report says. “Harsh measures grounded in repressive ideologies must be replaced by more humane and effective policies shaped by scientific evidence, public health principles and human rights standards.”

There have been previous groups that have advocated radical reform, and drugs panels that have been staffed with respected and sober politicians, but never have the two been combined to produce a body with such clout. Among its board members are the ex-presidents of Brazil, Chile, Switzerland, Mexico, Poland, Portugal and Colombia, some of the countries with the most acute drug problems in the world. As a sign of its stature, the GCDP leadership met with UN General Secretary Ban Ki-moon on Tuesday, in the hope of swaying the current UN chief ahead of the 2016 UN session on drugs. The conference will direct global policy for the next decade and the GCDP hopes that it will radically alter the “dated rhetoric and unrealistic goals” of the previous session in 1998.

The GCDP’s report enlists a litany of statistics in aid of this cause.

The UN estimates that the number of drug users rose 18 percent from 203 million to 243 million between 2008 and 2012. In the past three decades, opium production has risen almost fourfold.

“The facts speak for themselves. It is time to change course,” said former UN Secretary-General Kofi Annan. “We need drug policies informed by evidence of what actually works.”

The side effects of drug prohibition is a “thread” that runs through all of public life, the group says.

“Punitive drug law enforcement fuels crime and maximizes the health risks associated with drug use, especially among the most vulnerable,” say the authors, citing the studies that show – among other grim findings – that almost four in 10 Russian heroin users are HIV-positive.

“Criminal drug producers and traffickers thrive in fragile, conflict-affected and underdeveloped regions, where vulnerable populations are easily exploited. The corruption, violence and instability generated by unregulated drug markets are widely recognized as a threat to both security and development,”says the GCDP report.

The Mexican government’s war against the cartels that control the lucrative drug routes to the US has resulted in more than 120,000 deaths in less than a decade, while drugs have also played a key role in conflicts in Colombia and Afghanistan.

The GCDP’s recommendations for solving this are bold: governments must ensure that citizens inflict as little harm upon themselves while using drugs; no users should ever be arrested for possession; and the government must itself control the drug market.

“Decriminalization of drug consumption is certainly crucial but not sufficient. Significant legal and institutional reforms, both at the national and international levels, are needed to allow governments and societies to put in place policies to regulate the supply of drugs with rigorous medical criteria, if the engines of organized crime profiting from drug traffic are to be truly dismantled,” said former Mexican President Ernesto Zedillo.

“Ultimately, the global drug control regime must be reformed to permit legal regulation,” said Fernando Henrique Cardoso, the former President of Brazil. “Let’s start by treating drug addiction as a health issue – rather than as a crime – and by reducing drug demand through proven educational initiatives. But let’s also allow and encourage countries to carefully test models of responsible legal regulation as a means to undermine the power of organized crime, which thrives on illicit drug trafficking.”

In essence, the vision of the recreational drug industry painted here is similar to the government-regulated cannabis sale points that were pioneered in the modern era by the Netherlands, and have recently been taken up in Uruguay and several states in the US. This civilized version of the drug trade, accompanied by extensive medical facilities and rehabilitation programs, seems infinitely more desirable than the wars over opium fields in Afghanistan, or Colombian jungle raids.

Yet it is unclear if members of the UN will believe that this vision can be scaled up to other, more dangerous drugs, such as heroin, although the authors do say that they believe crack cocaine, and Russian-invented necrosis-causing drug Krokodil should be banned from sale. It is also less obvious if the model of drug supply in affluent Western societies leads to the same social consequences if transposed to poorer, underdeveloped regions such as rural India or China.