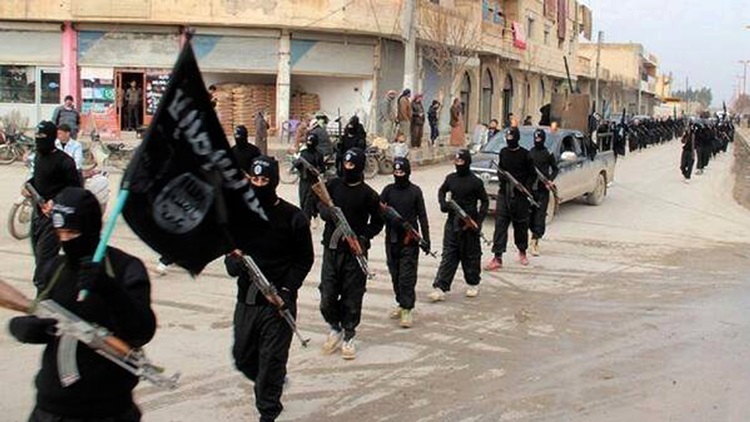 Islamic State militants in Iraq and Syria now have about 20,000 to 31,500 fighters on the ground, the Central Intelligence Agency said Thursday, much higher than a previous estimate of 10,000.

Among those in Syria are 15,000 foreign fighters including 2,000 Westerners, some of whom have joined IS, a US intelligence official told AFP.

The figures were revealed one day after President Barack Obama vowed to expand an offensive against IS extremists, a plan which foresees new air strikes against IS in Syria, expanded attacks in Iraq and new support for Iraqi government forces.

“CIA assesses the Islamic State of Iraq and the Levant (IS) can muster between 20,000 and 31,500 fighters across Iraq and Syria, based on a new review of all-source intelligence reports from May to August,” CIA spokesman Ryan Trapani said in a statement.

“This new total reflects an increase in members because of stronger recruitment since June following battlefield successes and the declaration of a caliphate, greater battlefield activity, and additional intelligence,” he said.

Senior US officials have voiced concern at the presence of foreign fighters among the Sunni extremists who hold Western passports, potentially enabling them to return from the battlefield prepared to carry out terror attacks in Europe or the United States.

IS militants have seized large swathes of territory in Iraq in recent months, displaying brutal tactics and releasing videos of the grisly executions of two American reporters.

The White House has insisted that President Barack Obama is authorized to strike IS in Iraq and Syria under a law passed by Congress after the September 11 attacks in 2001.

However Obama learned Thursday that he may have a wait on his hands before Congress signs off on his plan to train and equip Syrian rebels, a key plank in his strategy to destroy Islamic State radicals.

Also on Thursday the Pentagon announced that US combat aircraft will soon start flying out of a base in the Kurdish region of northern Iraq as part of a “more aggressive” air campaign against IS jihadists.

The use of Arbil air base reflects the broadening US offensive, though attack helicopters already have been flying out of bases in Iraq.

The announcement came on the 13th anniversary of the September 11 attacks in 2001 — a day that fell, in a trace of bitter irony, only hours after Obama’s remarks steeling Americans for a battle against Muslim fanaticism in the Middle East.