Why Journalists Are Blasting Obama’s ‘Censorship’ Policies Toward News Coverage 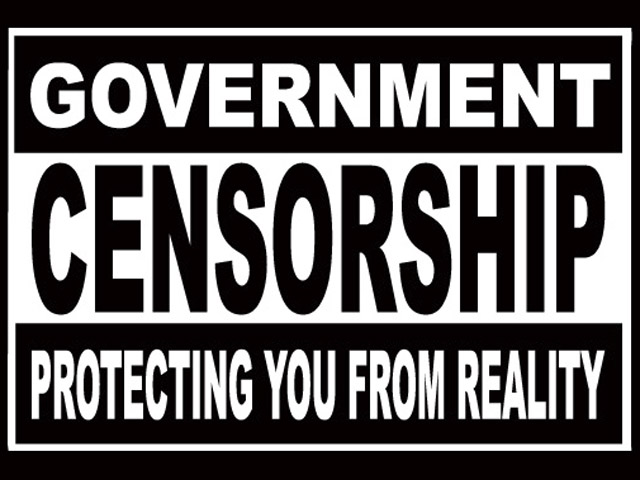 Why Journalists Are Blasting Obama’s ‘Censorship’ Policies Toward News Coverage

by Fred Lucas
The Blaze

The rift between President Barack Obama and the press is increasing, with 38 journalism and open government groups signing a letter to the president blasting the administration’s lack of transparency, going so far to call it censorship of the news and asking him to make changes.

“It has not always been this way,” the letter said. “In prior years, reporters walked the halls of agencies and called staff people at will. Only in the past two administrations have media access controls been tightened at most agencies. Under this administration, even non-defense agencies have asserted in writing their power to prohibit contact with journalists without surveillance.”

“Meanwhile, agency personnel are free speak to others—lobbyists, special-interest representatives, people with money—without these controls and without public oversight,” the letter continued.

“You recently expressed concern that frustration in the country is breeding cynicism about democratic government,” the letter said. “You need look no further than your own administration for a major source of that frustration – politically driven suppression of news and information about federal agencies. We call on you to take a stand to stop the spin and let the sunshine in.”

Obama even repeated that line speaking in Denver Wednesday, where he complained: “There is a cottage industry in Washington the counts on you just being cynical about stuff so that you don’t vote, you don’t get involved, you get discouraged and you say a plague on both your houses. You can’t get into that cynicism, do not let them win.”

Last week in Minneapolis, Obama took a direct swipe at the news media as being responsible for the cynicism, saying, “If you watch the news, you just see, OK, Washington is a mess, and the basic attitude is everybody is just crazy up there”.

The letter cited problems with federal government officials blocking reporters requests to talk to government staff; excessive delays in responding to questions that stretch past reporter deadlines; officials only speaking on background; and federal agencies blackballing reporters. who write critically about an agency.

“The stifling of free expression is happening despite your pledge on your first day in office to bring ‘a new era of openness’ to federal government – and the subsequent executive orders and directives which were supposed to bring such openness about,” the letter said. It later added, “We consider these restrictions a form of censorship—an attempt to control what the public is allowed to see and hear.”

“The practices have become more and more pervasive throughout America, preventing information from getting to the public in an accurate and timely matter,” Cuillier said. “The president pledged to be the most transparent in history. He can start by ending these practices now.”