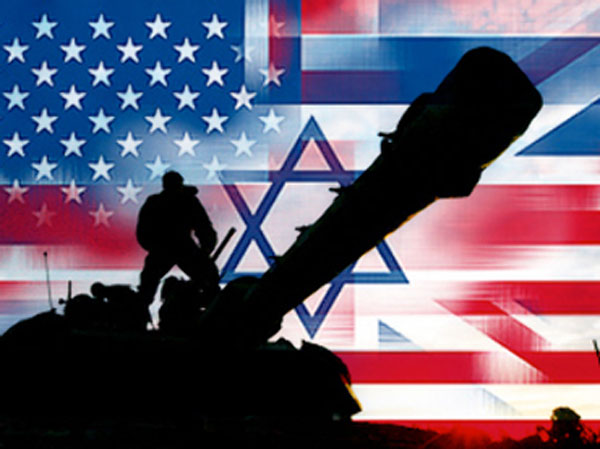 “The two murderous states are the US and Israel. By tolerating their endless slaughters and endless lies, the world prepares its own demise.  The only hope for life and truth is that the world unite against these two criminal governments, isolate them diplomatically and economically, and make it impossible for their government officials to travel abroad without being arrested and placed on trial.”

Does the world have a death wish?The drums for war are being loudly beaten in Washington, European capitals, and the presstitute Western media. A headline in the Asia Times is “NATO Is Desperate For War.” http://www.atimes.com/atimes/Central_Asia/CEN-01-080814.html
This time the target is Russia, a major nuclear power.The deadly consequences of such a war would extend beyond Russia, Europe, and the US to the entire world. The Western use of lies to demonize Russia endangers life on earth and reveals the West to be both reckless and irresponsible. Yet, few voices are raised against this recklessness and irresponsibility.Ron Unz brings to our attention the important voice of a distinguished Dutch journalist, Karel Van Wolferen. Wolferen http://www.unz.com/article/the-ukraine-corrupted-journalism-and-the-atlanticist-faith/   and Unz himself  http://www.unz.com/runz/american-pravda-who-shot-down-flight-mh17-in-ukraine/  are important offsets to what Unz regards, correctly in my opinion, as “the utter corruption and unreliability of the mainstream American media.”

Wolferen’s article is long but very important. Readers will see analysis akin to my own.

Wolferen shows how the Washington hegemon has captured Europe within an Atlanticist ideology that forecloses any independent thinking or foreign policy on the part of Europeans who are reduced to a state of vassalage. Wolferen concludes that as Washington drives Europe toward war, “Europeans cannot bring themselves to believe in the dysfunction and utter irresponsibility of the American state.”

With no internal checks on Washington’s recklessness from allies, the media, and US Senators, the only brake on Washington’s drive to war is Russian, Chinese, Indian, and South American diplomacy. If this diplomacy fails, Fukushima, as bad as it is, becomes a mere raindrop in the ocean. http://www.globalresearch.ca/weve-opened-the-gates-of-hell-fukushima-spews-radiation-world-wide/5395912

The slaughter by Washington, Washington’s Kiev stooges and Washington’s EU vassals of civilians in the former Russian territories that comprise the southern and eastern borders of present-day Ukraine is not only largely unreported in the Western media, but also denied or blamed on Russia.

The crimes that Washington is perpetrating while blaming Russia have aroused a high level of anger among the Russian people. Such anger is dangerous as it could force Putin, who continues to emphasize non-confrontation http://rt.com/news/180268-putin-russia-mobilize-confrontation/ , to turn away from diplomacy to violence.

Egor Prosvirnin, the chief editor of a Russian news site, shows us the extent of the anger in Russia caused by the dangerous mixture of Washington’s broken promises with the vicious propaganda war against Russia and the German government’s complicity. http://sputnikipogrom.com/europe/germany/18213/russian-appeal/

Prosvirnin expresses anger that is white hot: “Germans have failed their test. When Evil has returned again to Europe, you do not even attempt to resist it, and immediately fall prostrate at its feet like a slave.” As Russians see it, all of Europe is a slave to the evil emanating from Washington.

Why did Merkel allow Washington to force Germany into a conflict with Russia that has produced enormous Russian anger toward Germany? What accounts for Merkel’s total failure as a leader?

The Clinton, Bush, and Obama regimes have set the world on the path to the final war.

How is it possible for their evil to go unrecognized?

The two murderous states are the US and Israel. By tolerating their endless slaughters and endless lies, the world prepares its own demise.

The only hope for life and truth is that the world unite against these two criminal governments, isolate them diplomatically and economically, and make it impossible for their government officials to travel abroad without being arrested and placed on trial.