US Democrats rally around… Rick Perry? 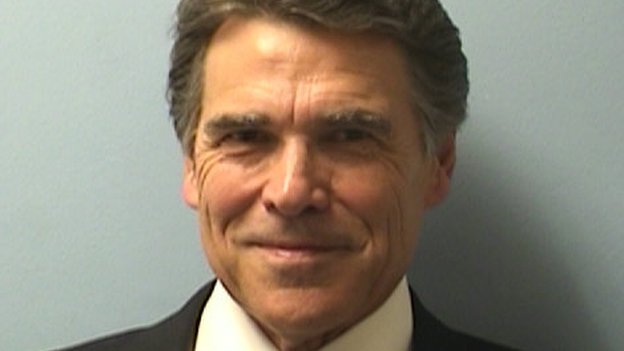 Perry puts the mug in mugshot

US Democrats rally around… Rick Perry?

Texas Governor Rick Perry went to the Travis country criminal justice centre this week to be processed on abuse of power charges recently brought against him.

Perry is accused of trying to punish a political rival by vetoing the funding of an agency she heads. If convicted, the Republican faces up to 99 years in prison, but some are finding it hard to take the indictment seriously.

“Unfortunately, there has been a sad history of the Travis County District Attorney’s Office engaging in politically-motivated prosecutions, and this latest indictment of the governor is extremely questionable,” Republican Senator Ted Cruz, also of Texas posted on his Facebook profile.

The theory behind the indictment is flexible enough that almost any kind of political conflict could be defined as a “misuse” of power or “coercion” of one’s opponents. To describe the indictment as “frivolous” gives it far more credence than it deserves.

Even Democratic strategist – and former senior advisor to President Barack Obama – David Axlerod is sceptical, tweeting that “Unless he was demonstrably trying to scrap the ethics unit for other than his stated reason, Perry indictment seems pretty sketchy.”

But Democratic congressman Joaquin Castro, also from Texas, called on Perry to resign “for the sake of Texas.”

And The Economist warns that until the facts are made public, it’s too soon to write off the charges.

Yet the seeming flimsiness of the indictment may prove to be the most ominous aspect of the situation for the governor. It raises the possibility that the prosecutor’s evidence, which has been presented to the grand jury but not to the general public, was convincing.