The Government May Soon Send This Reporter to Jail. Here Are the Embarrassing Secrets He Exposed. 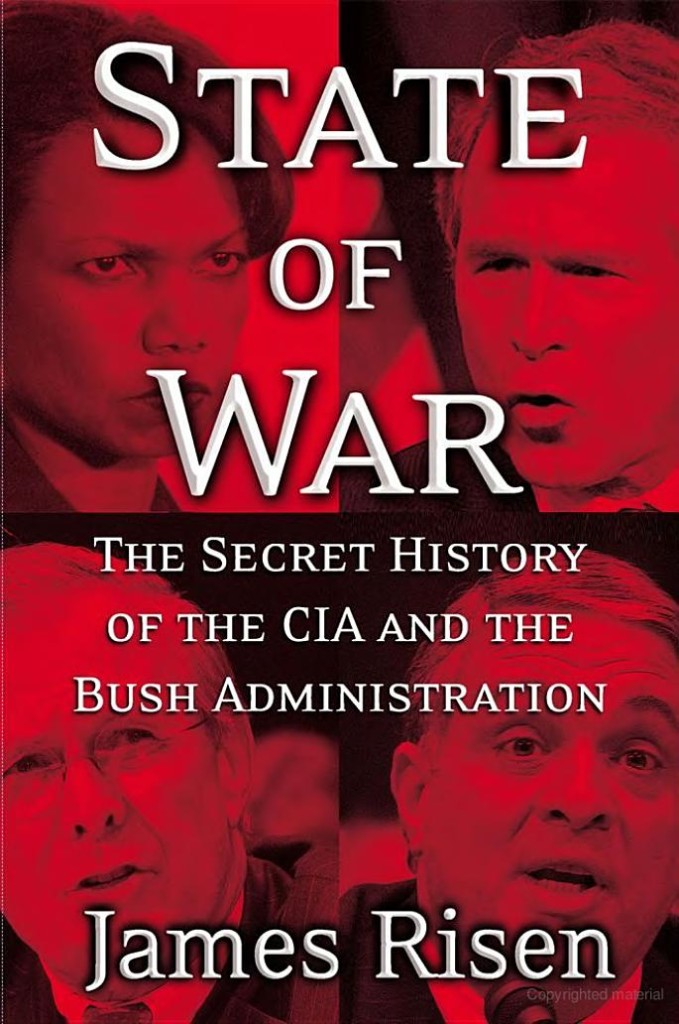 The Government May Soon Send This Reporter to Jail. Here Are the Embarrassing Secrets He Exposed.

The Obama administration has fought a years-long court battle to force longtimeNew York Times national security correspondent James Risen to reveal the source for a story in his 2006 book State of War: The Secret History of the CIA and the Bush Administration. Risen may soon serve jail time for refusing to out his source. The fight has drawn attention to Obama’s less-than-stellar track record on press freedom—in a recent interview, Risen called the president “the greatest enemy to press freedom in a generation.” But lost in the ruckus are the details of what Risen revealed. Here’s what has the government so upset.

In State of War, Risen revealed a secret CIA operation, code-named Merlin, that was intended to undermine the Iranian nuclear program. The plan—originally approved by president Bill Clinton, but later embraced by George W. Bush—was to pass flawed plans for a trigger system for a nuclear weapon to Iran in the hopes of derailing the country’s nuclear program. “It was one of the greatest engineering secrets in the world,” Risen wrote in State of War, “providing the solution to one of a handful of problems that separated nuclear powers such as the United States and Russia from the rogue countries like Iran that were desperate to join the nuclear club but had so far fallen short.”

The flaws in the trigger system were supposed to be so well hidden that the blueprints would lead Iranian scientists down the wrong path for years. But Merlin’s frontman, a Russian nuclear scientist and defector then on the CIA’s payroll, spotted the flaws almost immediately. On the day of the handoff in Vienna in winter 2000, the Russian, not wanting to burn a bridge with the Iranians, included an apologetic note with his delivery, explaining that the design had some problems. Shortly after receiving the plans, one member of the Iranian mission changed his travel plans and flew back to Tehran, presumably with the blueprints—and the note—in hand. Merlin did not wreck the Iranian nuclear program—in fact, Risen wrote, the operation could have accelerated it.

In a sworn affidavit filed in 2011, and in a recently rejected appeal to the US Supreme Court, Risen has argued that his reporting served the public good. Published at a time when military action in Iran seemed possible, State of Fearrevealed how much of the effort to gather information on Iran’s nuclear capability was not just shoddy but dangerous—even, in the case of Operation Merlin, helping Iran get closer to building a nuclear weapon.

The Bush administration did not see it that way. In 2008, Bush’s Justice Department subpoenaed Risen, demanding that he reveal his source—or face jail time for contempt of court. After taking office in 2009, the Obama administration renewed the Bush-era subpoena and continued to try to identify and prosecute Risen’s source. Justice Department staff believe they know who the source was—an ex-CIA operations officer named Jeffrey Sterling, who was previously an on-the-record source for Risen—but they want Risen to confirm their hunch and fill in a few details. In legal filings, Justice Department lawyers have called Risen a witness to “serious crimes that implicate the national security of the United States” and argued that “there are few scenarios where the United States’ interests in securing information is more profound and compelling than in a criminal prosecution like this one.”

If Risen is called to court to testify but fails to show up or refuses to talk, he’s likely to become the first reporter since Judith Miller in 2005 to be sentenced to jail time for refusing to divulge a source.