Police Terrorism: Brutality And Killings By Cops Are Off The Charts 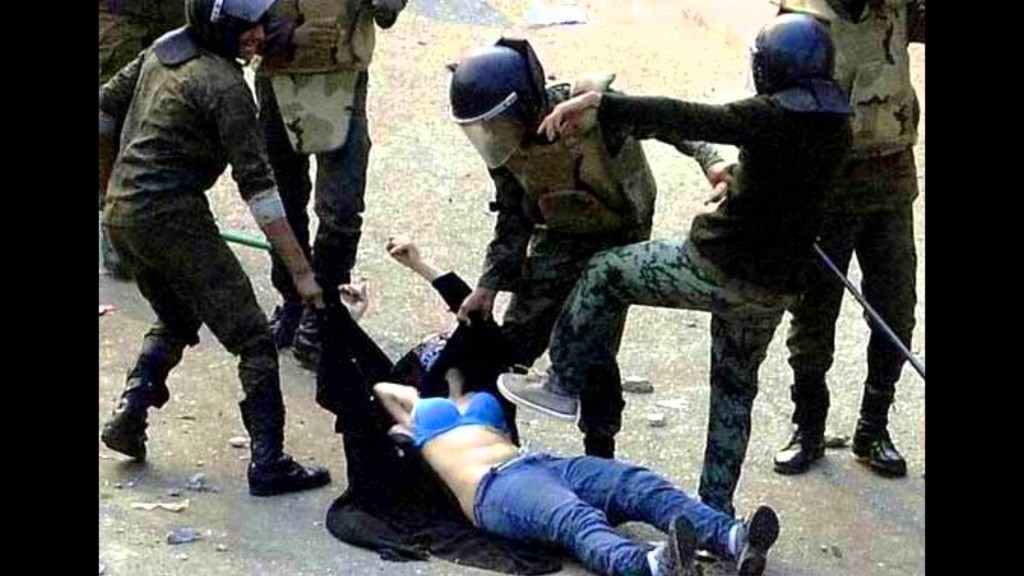 Purpose: To ‘Shock & Awe’ The Citizenry Into Submission

By any objective assessment of the daily news, it is readily apparent that police brutality is at an alarming all time high.

The number of citizens killed by on duty police officers — by gunshot, taser, and physical abuse — is as shocking as it is criminal.

The conduct of police departments across America has descended into unprecedented violent criminality. Because they wear a badge, they virtually always get away with it.

This exact sequence, and many similar to it, is playing out all over the nation — 24/7.

The number of baseless ‘provocations’ reflects a trigger happy and untrained police force.

However, there are many commentators who now feel that there is a deliberate plan afoot to utilize the police departments around the country to instill fear in a citizenry that will no longer tolerate such pervasively bad governance.  At every level, starting with the US Federal Government, the people now view their many forms of government as oppressive, overtaxing, self-serving and out of touch.  There is also a fast-growing segment of society who also looks at the US Federal Government as a rogue criminal regime — one that is directly complicit in 9/11, the Oklahoma City Bombing, the Sandy Hook Mass Murder, as well as many other false flag operations.

The epidemic of corruption within the Obama Administration has angered many, especially Conservatives and Independent, but also clear-thinking Democrats and common sense Liberals.  Because there has been a 5 and a half year stretch of rampant government corruption, graft and malfeasance, after 8 years of unparalleled W. Bush abuses and war crimes, the body politic has reached its limits … and the governments — federal, state, county and city — know it.

Their response has been to “shock and awe” the citizenry back into submission.  They will not tolerate any challenges to its power, control or management.  The Government-Corporate Complex is simply too entrenched and determined to tolerate any substantial threats to its power base.  Because they know that their overwhelming superiority of force will always sway the public into submission, they know they must militarize the police forces … everywhere.  In this way they will be able to squelch any popular protest movements or isolated demonstrations, spontaneous riots and sustained revolts against their various power structures. 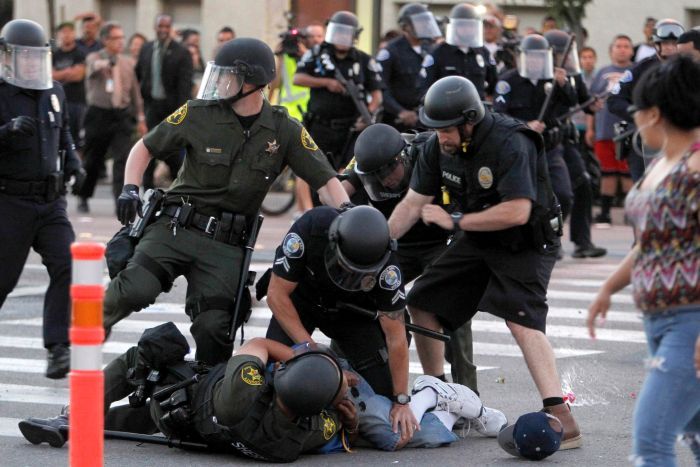 The “Power Structure” is well aware of the pervasive discontent; the 1% has never experienced such high risks and grave dangers

With advent of the Internet Age has come an awesome tool and weapon for the common man.  Anyone, anywhere who is digitally connected can influence the public discourse around any matter, if he or she develops the simple expertise to do so.  This newfound power in the hands of the computer literate has created a new cyber-culture.  The legions of bloggers and webrats, internet writers and  essayists can move mountains in a day that used to take years.

Yes, the pen is much mightier than the sword, and always has been.  But the keyboard, now that might be viewed as a printing press on crack cocaine, Red Bull and crystal meth.  Think of Thomas Paine on steroids; not just any steroid but trenbolone!

Now it’s easier to see why TPTB are so afraid of the digital revolution.  Just as the CIA can now Twitter a revolution or Facebook a civil war in some far-off land, so, too, can the rebel twittwerati and Facebook revolutionaries trigger a revolt against the system in a New York minute … right here in the ole US of A.  And so they do, every moment of every day around the globe.  Those who reside at the peak of world governance and corporate power are well aware of these threats to their power base and will ensure that they are systematically neutralized.

The Pervasive Police Brutality Sends A Powerful Message: The 1% Will Not Be Threatened Physically Or Verbally

What follows is just a short listing of YouTube videos which portray some of the more shocking examples of abuses by law enforcement around the USA.  Many of the videos portray accounts of police brutality that are quite stunning for their savagery and outright cruelty, so viewer discretion is highly advised.  It is clear that law enforcement has been given the green light to “go bezerk” from time to time as a means of keeping the public-at-large in check.  There is no better way for the police departments to send their “zero tolerance” message than to do it through a savage beating of an innocent person, as has been recorded on these various YouTube videos.

The Smartphone has changed everything:  SWAT Team ‘Shock & Awe’ is now seen as Police Terrorism

The police and sheriff departments of America no longer operate in the camera-free zone that they once did.  The smartphone is now so ubiquitous that there are often many running phone recorders on site during a daytime beating by cops of an innocent bystander or fictitious suspect.  Therefore, the tide is now slowly changing with each successive killing or beating or tasing or other use of excessive, unnecessary and unjustifiable violence by the police.

Americans in general are not used to law enforcement functioning in such a barbaric manner.  Because the national sensibilities have been formed over many decades, they have often been known as peace officers, not policemen.  To morph into a highly efficient emotionless Swat Teams overnight has taken many by surprise.  It is now seen as a gross over-reaction by those in power because of the palpable fear which those in government now experience due to their own criminality.

Both government and corporate leaders alike have a vested interest in the buildup of the National Security State.  Each of them benefits financially and politically from so much acquisition of new resources and additional personnel to carry out a new domestic mission.  Since the US Military is technically barred from domestic law enforcement, the militarization of the police departments has been their way to circumvent this long held tradition and law.  And the massive budgetary allocations for law enforcement attest to this new fact of political life.

Ferguson, Missouri Could Easily Be Any City, USA; The Same Police Brutality Phenomenon Is Occurring Everywhere, All The Time

It is no surprise that Ferguson, MO has blown up as it has.  The people have had enough of the relentless abuse and bodily harm inflicted without justification by ‘law enforcement’ agencies.  The institutional violence has, in fact, reached such a crescendo that it must be addressed at the national level.  If left unchecked it will continue to evolve into the new status quo.

Quite unfortunately, the Obama Administration would rather turn this into a racial affair.  Their penchant for inciting racial hatreds is now well established.  Yet the police brutality that we are now seeing across the nation does not discriminate.  Whites and Blacks, Latinos and Hispanics, Asians and Native Americans are all vulnerable to the very same acts of police violence.

For Obama to attempt to frame Ferguson in a strictly racial context is another example of very bad government co-opting an extremely serious issue which must be dealt with expeditiously. Otherwise we all stand susceptible to the brutal excesses and vicious improprieties visited so frequently on normal citizens by way of Police Terrorism.

Another Police Shooting in Ferguson, Missouri