No, Fukushima Is Not a Wildlife Haven—and Neither Is Chernobyl 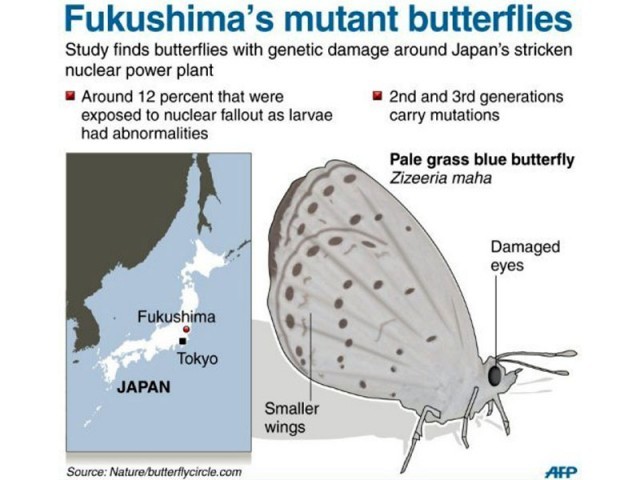 No, Fukushima Is Not a Wildlife Haven—and Neither Is Chernobyl

A slew of new research reveals the deleterious effects of radiation on Fukushima’s ecology.

Perhaps you’ve encountered the well-publicized idea that Chernobyl, the world’s worst nuclear disaster of 1986, has become a kind of ‘wildlife haven’ as a result of its abandonment by humans.

So what of Fukushima Daiichi, Japan’s nuclear collapse of 2011—might we expect a happy menagerie there, too? Not so much, according to a slew of new papers out in the Journal of Heredity. And you may want to rethink Chernobyl-as-Eden, too.

The findings of the new studies tell of significant population decline across many different species of animals and plants, as well as a range of expressions of genetic damage and cell mutation.

One paper reports that the pale grass blue butterfly, one of Japan’s most common butterfly species, has suffered from significant size reduction, slowed growth, high mortality and abnormal wing patterns both within the Fukushima exclusion zone and among lab-raised offspring of parents collected at the site. Which is to say, radiation-caused genetic mutations were passed down.

Researchers also found major declines in populations of birds, butterflies, cicadas, and some small mammals, as well as aberrations and albinism in the feathers of certain birds.

Timothy Mousseau, a prominent biologist and lead author of that population study, has also conducted significant research into radiation’s impacts at Chernobyl. He roundly rejects the claim that the area has become an animal haven, arguing that notion was based on anecdotal evidence rather than scientific data. Mousseau’s own work demonstrates radiation has had similar effects on Chernobyl’s ecology as on Fukushima’s.

Further inquiry into all manner of species living at the Chernobyl site could help scientists better predict Fukushima’s biological trajectory, he says. “There is an urgent need for greater investment in basic scientific research of the wild animals and plants of Fukushima,” Mousseau told the Journal of Heredity.