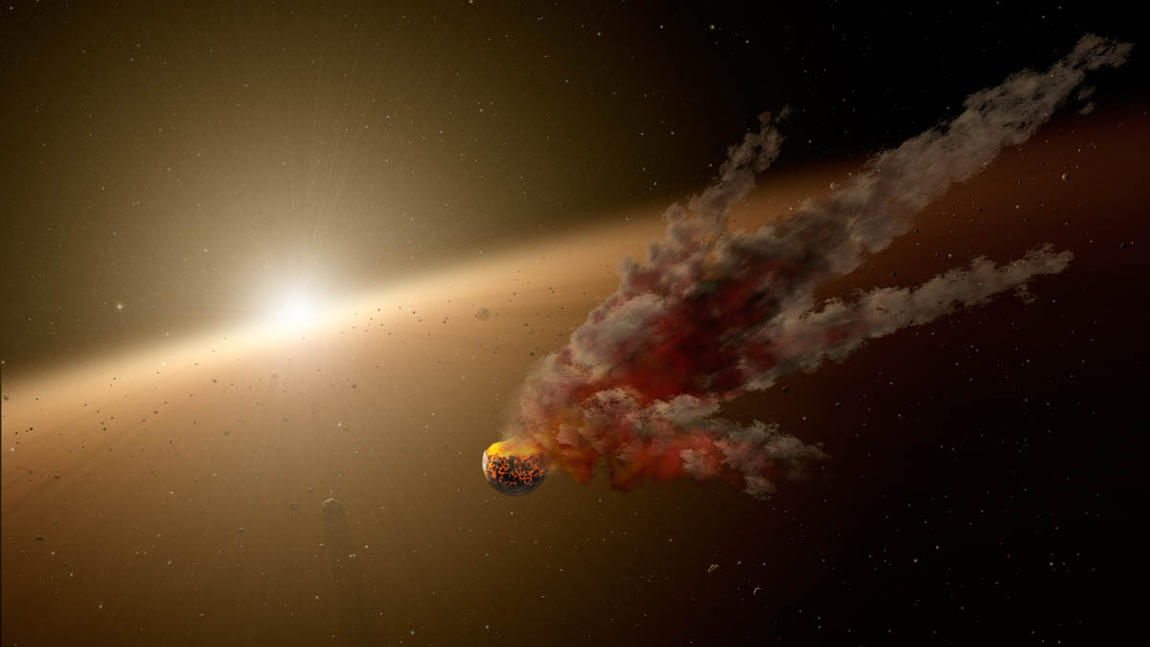 An artist’s concept of the immediate aftermath of a large asteroid impact around NGC 2547-ID8, a 35-million-year-old sun-like star. (NASA / JPL-Caltech)

The Milky Way is believed to have started with a cloud of gas and dust, wherein stars formed, then planets around them. At first these planets were balls of dust and rock, formed by accretion. Those chunks eventually became large enough that their gravity fields attracted more material.  Then they grew even larger. 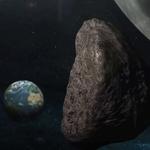 Earth-like planets form when such asteroid-sized “planetary embryos” begin smashing into one another, Su told the Los Angeles Times. And it’s just such a collision that occurred to star NGC 2547-ID8, in the Vela constellation.

Wow. It’s just too bad researchers were looking the other way when the really good stuff happened.

“Yes,” Su acknowledged, “we think the smashup occurred when Spitzer could not look at this star.”

Scientists had been tracking the young star since May 2012. Sometimes daily. They saw promise in the dusty 35-million-year-old object for large, ongoing asteroid impacts. And they wanted to catch one in action.

But for about five months — from August 2012 to January 2013 — our sun got in the way. When Spitzer could track the star again, researchers were astounded. They saw what they called the wreckage of a huge collision.  The star was surrounded by a massive surge of fresh dust, its grains the size of fine sand.

They began tracking the changes. They may not have caught the smashup, but they still had something special. This marks the first time, NASA says, that scientists have had information from before and after such a planetary system collision.

Su said scientists would continue to use Spitzer to monitor this star and other young stars that “show signs of active collisions” for further dramatic data, for an even clearer window to Earth’s past.