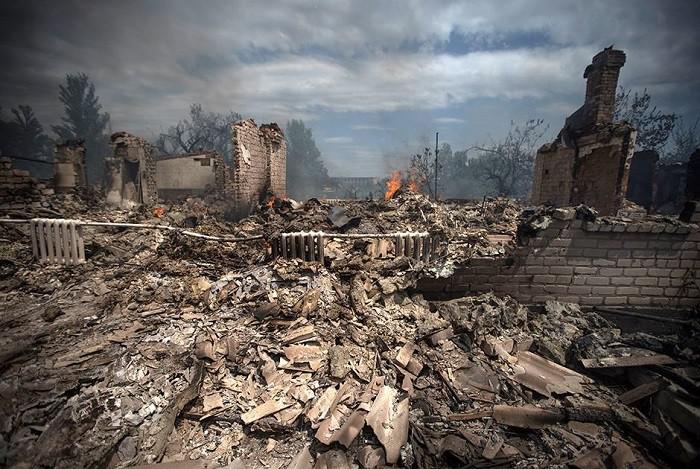 These Clowns Are Dragging Us Into War

In 8 weeks, on October 26, there are – supposed to be – parliamentary elections in Ukraine. What’s that going to look like? Who’s going to vote? In the presidential elections a few months ago, most of east Ukraine did not vote. How many different ways are there to define democracy and still remain credible?

In an interview today on Russian Channel 1, Vladimir Putin commented on the upcoming elections: “All the participants in the electoral race will want to show how cool they are; Everyone will want to show they are strongmen or strongwomen, and as the political struggle sharpens it is hard to expect anyone to seek a peaceful resolution and not a military one.” That would seem to be an accurate prediction.

The EU yesterday (in yet another definition of democracy) picked its new president. They chose Polish PM Donald Tusk, which may seem a bit strange since Tusk doesn’t speak a word of either English or French, and he comes from a nation that is not even in the Eurozone, yet he will now now get to chair meetings that concern the euro. But Tusk is a hawk on Russia, and therefore suspiciously convenient to the inner core of Washington and Brussels’ control apparatus. He’s said more bad and ugly things about Russia and Putin than just about anyone recently, and that’s saying something.

The US and EU have worked for years to see their desire to take over Ukraine come to fruition. They’ve come a long way, but they wanted Crimea and the Donbass region most of all, and those they still don’t have. Still, they’ve so far shown themselves more than willing to assist first in killing thousands of eastern Ukrainians to get what they want, and now they are prepared to start a war over it.

The well-prepared, built-up step by step, storyline in the western press is the threat of Russia’s expansionary drift. Hence this Reuters piece:

Polish President Bronislaw Komorowski said that Vladimir Putin is trying to build a new Russian empire for Moscow and that the region now had to choose whether it wanted “a Cossack Europe or a democratic one”. “Russia has carried out an invasion in Ukraine,” the Polish head of state told German public radio. Komorowski said Putin was quite open about his ambitions to “rebuild the empire”. The Polish president is an ally of Prime Minister Donald Tusk. “I hope Germans are sufficiently mindful of what a Soviet empire meant for Europe,” Komorowski told Deutschlandradio Kultur and Deutschlandfunk, warning against any reprise of the pre-World War Two “appeasement policy of yielding to Hitler”.

That’s the kind of thing where I go: Huh? Did I see that right? You try to scare the Germans by referring to a Russia that by now has been history for almost 25 years, a Russia that was instrumental in saving Europe from the Third Reich and lost 20-30 million people in the process, by reminding them of an 80-year old policy of appeasement to Hitler? The Germans?

When we look at what has actually happened over the past decade, and what we can prove when it comes to expansion drift, that is without a doubt a painfully hollow story. Since what we actually do know, what is not mere conjecture, is that it has instead been the west, through NATO, that has been in expansion mood.

Despite solid agreements not to move NATO’s borders eastward, the alliance has done nothing but move east, and is now planning to put even more troops and new army bases right on Russia’s doorstep. The narrative to justify this NATO expansion that breaches those former agreements, which we can see time and again, is that Russia is moving west, for which there is no proof, only accusations, and that NATO territory is inviolable, but Ukraine is not a NATO member.

No NATO territory is under threat of being violated, other than inside the narrative. Moreover, while voices in Europe increasingly claim that the threat to Ukraine is a threat to Europe (i.e. the EU), Ukraine is no more an EU member than it is a NATO member. Brussels seems to want it to be, but that’s where the narrative ends. So it’s simply being changed on the fly and has now become: “Ukraine is fighting a war on behalf of all Europe”, according Lithuanian leader Dalia Grybauskaite.

Which is where I think: really, Ukraine has killed over 2000 of its own citizens ‘on behalf of Europe’?

The entire conflict could be solved in a heartbeat if Kiev would simply tell the Donbass leadership that they can be autonomous. But that’s not what Poroshenko wants, or Yatsenyuk, and certainly not Washington and Brussels. Because the Donbass is by far the richest region in Ukraine. Which however happens to be home to people who don’t want to be ruled by the present Kiev leadership. Well, so you kill a bunch of them and instill fear in the rest, right?

Putin had something to say about that too, first in Agence France Presse’s version of his Channel 1 interview:

Russian President Vladimir Putin today sharply raised the stakes in the Ukraine conflict by calling for the first time for statehood to be considered for the restive east of the former Soviet state. Mr Putin’s defiant remarks came just hours after the EU gave Moscow – which the bloc accuses of direct involvement in the insurgency – a week to change course or face new sanctions. “We need to immediately begin substantive talks… on questions of the political organisation of society and statehood in southeastern Ukraine … ”

And then the way RT reported it:

Putin: Impossible To Say When Political Crisis In Ukraine Will End

Russian President Vladimir Putin has called on Kiev to start substantial talks on deescalating the crisis in eastern Ukraine. He added that it’s an illusion to expect that the rebels would calmly watch their homes being destroyed. “We have agreed on a plan, so its realization must be pursued,” Putin told Channel 1 TV, adding that the Ukrainian government “must immediately start substantial talks – not a technical discussion – on the political organization of society and the state in southeast Ukraine so that the interests of people who live there are protected.” The plan, according to Russia’s leader, puts negotiations at the center of the peace process.[..]

The devastated infrastructure of the southeast requires full repair otherwise people might just freeze to death, he said. “It looks as if only Russia cares about that. The first most essential condition is to stop combat operations and begin reconstruction of the infrastructure, replenish inventories, do the necessary repairs and scheduled maintenance to be ready for the cold season.” [..]

Commenting on the new batch of sanctions against Russia threatened by western countries, Putin advised his counterparts to think again about what they are advocating. “What are the so-called European values then? Support for an armed coup, suppression of opponents with armed forces – so these are ‘European values’? I believe our colleagues should be reminded of their own ideals … ”

In the meantime, the rumors and allegations don’t just continue, they get stronger. Evidence hasn’t been a factor is this game for a long time, and it is not now. Just today, I’ve seen 2 Russian ladies who say 100 Russian troops died in a battle earlier this month, Kiev claiming that Russian tanks ‘flattened’ an entire village, and Ukraine soldiers saying their comrades who were given safe passage after being trapped, were shot at.

It just never stops, or so it seems. We’ve been subject so far to a tsunami of allegations and accusations, and 99%+ of them have come with zero evidence. But now we risk being pulled into a outright war despite the lack of evidence. Really, it’s come to this: we’re asking for just one piece of evidence for all the accusations we’ve been made party to. Just the one!

Essentially, the western leadership is saying that if the ‘Donbass rebels’, and Russia, won’t let the Ukraine army do just what it wants in east Ukraine, there will be war. But it’s not our leaders who are going to be the boots on the ground. And because Obama has pledged no US military involvement in Ukraine – though CIA, Blackwater and who knows who else, are present anyway -, it will have to be European boots on the ground in Ukraine.

Perhaps prior to the official war declaration our politicians and media can tell us where the remains of the BUK rocket are that’s alleged to have downed MH17, where the contents are of the black boxes, and where the Air Traffic Control conversations with the pilots are which were allegedly confiscated by the Ukraine secret service on July 17.

It’s perhaps hard to remember due to the misinformation tsunami, but the MH17 has been a major driver of the western public’s anger vs Russia, and their acceptance of sanctions and other decisions, and now the threat of war. While it still may just as well not have been the Donbass rebels who shot that plane, but the Ukraine army, or Blackwater or the CIA. We simply don’t know.

The west says that the war in east Ukraine is caused by Russia’s support for the rebels. Just like the overriding narrative today is that the west reacts to what Russia does, while in reality it’s the other way around.

The entire Ukraine conflict could be resolved tomorrow morning if Kiev, and its western support, would pledge to stop waging war on the Donbass. And give it a separate status, either within Ukraine or in a separate state. After half a year+ of warfare, how else could you resolve this crisis? Only through more bloodshed, that’s how.

But our western leadership is simply too trigger happy for comfort. Based on only hints and allegations. There’s a NATO conference in Wales this week; Obama, Merkel, they’ll all be there. I suggest you just watch and listen what comes out of that. It won’t be pretty. Peace will not be a commonly used term there. While for all of us, and all the civilians in the Donbass, that’s all we want.

But these clowns are dragging us into war. And yes, maybe it would be a good idea for you to tell them that you don’t want them to. Before your kids, or their friends, their neighbors, start dying in some far away ugly theater they should never have been part of.

Is peace impossible in Ukraine today? No. Not at all. But it is as long as the west keeps its hopes for conquering the Donbass alive. It should have known that from the start, and perhaps it did, and started this crusade anyway, because the grand prize it’s after is Russia itself. Over our dead bodies.