Is The US Military The Real ‘Terrorist’? 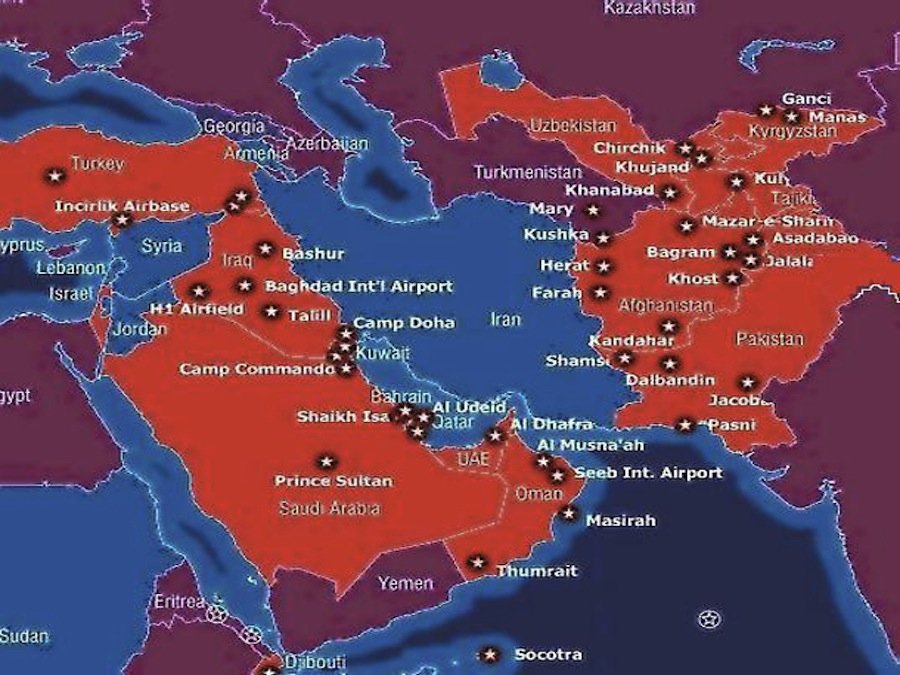 US Military Bases In The Middle East. The Number Has Exploded Over The Past Decade.

Is The US Military The Real ‘Terrorist’?

Todays mainstream media is being viewed under a ‘critical thinking’ microscope more now than ever before. As we begin to realize the various agendas each news corporation acts upon when reporting news, we begin to see through the different political styles available and look more critically at what is really happening. I titled this article the way I did not to point fingers or label anyone, but to encourage us to think about things in a new light.

I feel guilt anytime I see a young girl, like the one I grabbed by the arm and dragged into the street.  We were told we were fighting terrorists.  The real terrorist was me, and the real terrorism is this occupation.”
-Mike Prysner, Iraq Veteran

There are some of us who have gone to great lengths to expose the true nature of the media and reveal truths about world events that are completely invisible depending on where you are getting your news from. In this case, we are going to explore “The War You Don’t See” which is a film that looks critically at the truth behind the war in Iraq and how North American and British media tell us a completely different story than what is actually happening. 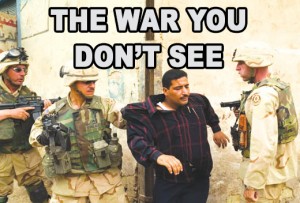 This film is a great piece if you are keen on understanding the true workings of the media and are also interested in getting a glimpse at what is really going on in the middle east. The film quickly reveals the true nature of the war and what role each party has in it. As it has been made clear to the public, 9/11 was the key reason why US forces were deployed in Iraq. Not only is the official story of 9/11 under great question, but the actions forces are taking in Iraq and other countries in the middle east do not reflect defense, protection or peace. Instead they could be more accurately viewed as unprovoked terrorism.

The film begins with footage of an unreported July 12, 2007 Baghdad airstrike and black and white stills of the victims of the U.S. Occupation of Iraq. In his opening narration Pilger quotes World War I British Prime Minister David Lloyd George’s comment to Guardian editor C. P. Scott that, “If the people really knew the truth, the war would be stopped tomorrow.” He goes on to state that this film will draw on his own experience as a war correspondent to question the role of the media in conflicts such as Iraq and Afghanistan.

Quotes From Veterans About The War

“You roll into Baghdad, and every single big apartment building is blown up by artillery and airplanes bombing.  You cannot meet someone in Iraq who has not lost a family member.  Can you imagine what we would have done in America if after 9/11, everybody in America lost a family member?  We’d be in the streets with weapons.”
– Darrel Anderson, Iraq Veteran

“I was ordered multiple times by commissioned officers, and non-commissioned officers to shoot civilians if their presence made me feel uncomfortable.  The primary loyalty is not to democracy, or to the flag, or to America, or to the Iraqi people or to the rule of law.  It is to each other’s safety at the expense of everything else.
– Jason Lemieux, Former Marine Sgt. & Infantryman

“I tried hard to be proud of my service but all I could feel was shame.  The racism could no longer mask the reality of the occupation.  These were people, these were human beings.  I’ve since been plagued by guilt anytime I see an elderly man, like the one who couldn’t walk, who we rolled onto a stretcher and told the Iraqi police to take him away.  I feel guilt anytime I see a mother with her children, like the one who cried hysterically, and screamed we were worse than Saddam as we forced her from her home.  I feel guilt anytime I see a young girl, like the one I grabbed by the arm and dragged into the street.  We were told we were fighting terrorists.  The real terrorist was me, and the real terrorism is this occupation.”
-Mike Prysner, Iraq Veteran

“When I was in Iraq I saw the devastation that the invasion had made out upon the Iraqi people.  I saw and at times participated in the dehumanization and degradation of the Iraqi people.  By robbing others of their inherent dignity, by denying them respect, and by treating them as a less-than-human other, we ultimately robbed ourselves of our own humanity and compassion.”
– Kelly Dougherty, Iraq Veteran

“Funding the war is killing the troops.  If you think about it, it’s really really blatantly obvious – and it’s really stupid that we have to say this.”
– Adam Kokesh, Iraq Veteran

“When I joined the military I raised my hand and said that I’d protect the constitution of the United States and its people, and against foreign and domestic enemies.  But guess what?  I did not raise my hand to protect private companies like KBR, and put my life on the line so we can make a buck.  When are we going to realize, the people fighting in Iraq that are fighting against us – they’re not terrorists – they’re soldiers.  What would we do if somebody invaded us?  I know I would pick up my weapon and fight against them.  What the hell do we call them?  Terrorists!?  These people want their country back.  Let’s give them their country back!”
– Iraq Veteran Against the War