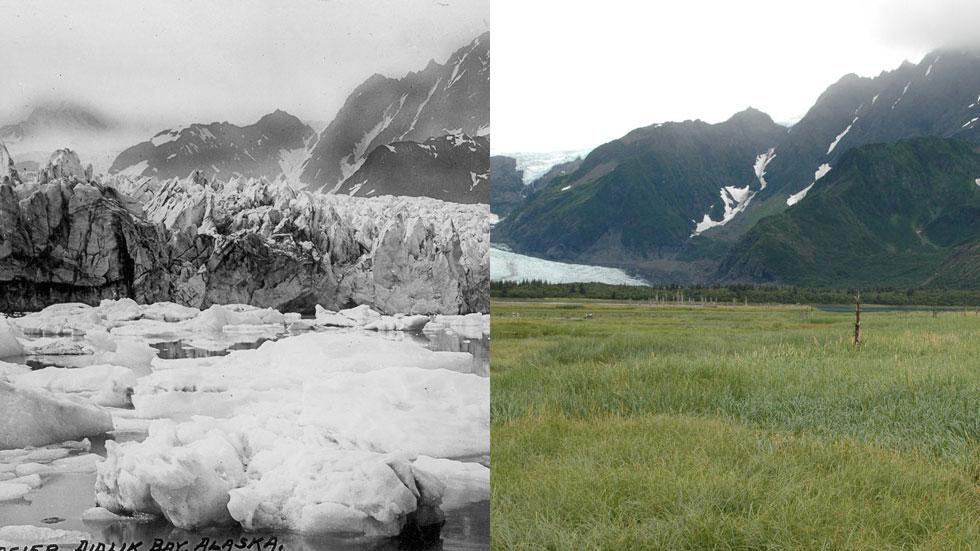 Alaska’s Pedersen Glacier as it looked in the 1920s-1940s (left) and as it looked when photographed in 2005 (right). About 90 percent of the world’s glaciers are shrinking, and their reduction in size worldwide has accelerated rapidly since the 1970s, according to the Worldwide Glacier Monitoring Service. (Photo by USGS/Bruce Molnia)

— GLACIERS RETREATING AROUND THE WORLD —

While it’s difficult to appreciate the dangers of Earth’s changing climate for many of us in the U.S. — especially after the winter of the “polar vortex” and a summer without any sustained heat waves so far for the eastern two-thirds of the country — global warming is having dramatic impacts around the world.

We compiled this photo essay of some of the places where its effects can be seen most strikingly, including photos of the things that promise to lead the world away from the path of ever-rising greenhouse gas emissions.

Photographs can be viewed at the following link:
32 Powerful Photos of the World Feeling the Impact of Climate Change