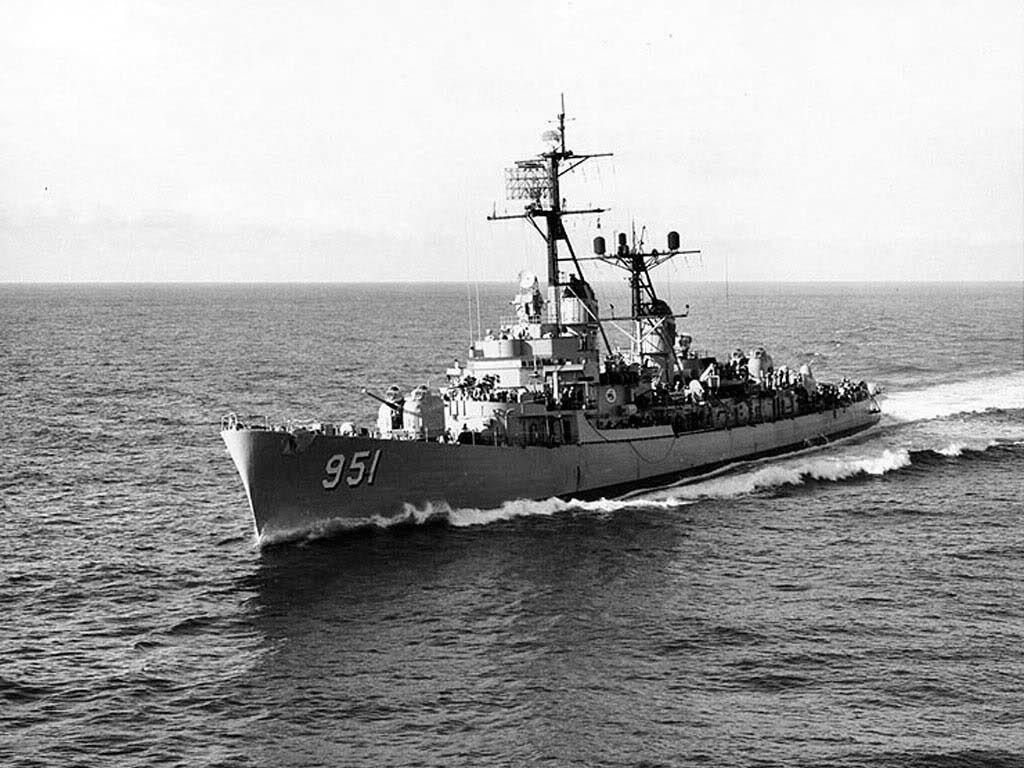 Gulf of Tonkin Incident: False Flag For War In Vietnam

This article will show that President Lyndon B. Johnson twisted the Gulf of Tonkin incident into a False Flag to start a war between America and North Vietnam. His actions would lead to the deaths of 58,220 Americans and an untold number of Vietnamese, Cambodians, and Laotians.

The first incident took place on August 2, 1964, when the destroyer USS Maddox, engaged three North Vietnamese Navy torpedo boats seen approaching the Maddox. The Maddox fired first due to a belief they were under attack.

A sea battle resulted, in which the Maddox expended over two hundred and eighty 3-inch and 5-inch shells, and in which four USN F-8 Crusader jet fighter bombers strafed the torpedo boats. One US aircraft was damaged, one 14.5 mm round hit the destroyer. The three North Vietnamese torpedo boats were damaged, and four North Vietnamese sailors were killed. Six were wounded. There were no U.S. casualties, and no further U.S. action was taken.

The second Tonkin Gulf incident was claimed to have taken place on August 4, 1964. During the hours of darkness, in rough weather and heavy seas, the Maddox and the Turner Joy reported receiving radar, and sonar signals believed caused by the North Vietnamese ships. Both the Maddox and the Turner reported multiple torpedos launched by the North Vietnamese. For some two hours the ships fired on ghost radar targets and maneuvered vigorously.

It was known quickly that no North Vietnamese ships had been in the vicinity, and no U.S. ships had been attacked. After the fraudulent second attack, LBJ capitalized on initial reports and ordered the bombing of four torpedo boat bases, and an oil-storage facility in Vinh.

Though LBJ knew there was no second battle, he kept this information secret and beat the drums of war. Soon thereafter the Gulf of Tonkin Resolution was approved by the U.S. Congress, which gave LBJ the go to initiate a war against North Vietnam.

The National Security Agency released a paper entitled Skunks, Bogies, Silent Hounds, and the Flying Fish: The Gulf of Tonkin Mystery, 2-4 August 1964. The article states, “The incidents, principally the second one of 4 August, led to the approval of the Gulf of Tonkin Resolution by the U.S. Congress, which handed President Johnson the carte blanche charter he had wanted for future intervention in Southeast Asia. From this point on, the American policy and programs would dominate the course of the Indochina.”

The NSA states, “James Stockdale, then a navy pilot at the scene, who had “the best seat in the house from which to detect boats,” saw nothing. “No boats,” he would later write, “no boat wakes, no ricochets off boats, no boat impacts, no torpedo wakes – nothing but black sea and American fire-power. Stockdale recounts the incident at 0:37 seconds in the video below.

The NSA paper goes on to say, “It would be years before any evidence that an attack had not happened finally emerged in the public domain, and even then, most reluctantly.”

The LBJ Presidential tapes, declassified and released in 2001, prove that LBJ knew the Tonkin incident never happened, prior to the war. Further, it shows he lied about the incident, using it as a catalyst to go to war.

The conversation between President Lyndon B. Johnson and Secretary of State Robert McNamara in the video below starts at 1:14 minutes.

This table contains record counts based on the codes recorded in the “CASUALTY CATEGORY” field of the Vietnam Conflict Extract Data File. In the case of the “PRESUMED DEAD (BODY REMAINS RECOVERED)” and “PRESUMED DEAD (BODY REMAINS NOT RECOVERED)” categories of the table, the record counts are based on the codes in both the “CASUALTY CATEGORY” and “REMAINS RECOVERED” fields.

Secretary of State Robert McNamara was familiar with the effectiveness of False Flags to initiate war. In 1962 McNamara presented President Kennedy with Operation Northwoods, a series of False Flag proposals designed to initiate violence against Americans and deceive the American people into a war with Cuba. Kennedy rejected the plan.

In the video below, McNamara admits the Gulf of Tonki attack of August 4, 1964 never happened.