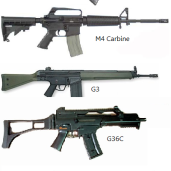 If Ferguson, Missouri, looks like a war zone, that may be because its police force is armed to the teeth with military equipment. In photographs from this week’s protests, officers can be seen toting assault rifles, wearing gas masks and body armour loaded with extra ammunition magazines, and riding around in mine-resistant armoured personnel carriers.

The militarisation of US police departments has escalated exponentially in the years since 9/11, with many local forces increasingly resembling US troops fighting overseas.

And with the wars in Iraq and Afghanistan wound down, much of the military’s surplus equipment has been handed to domestic law enforcement agencies.

According to a recent report by theNew York Times, since 2006 US police departments have collectively acquired 93,763 machine guns; 432 mine-resistant trucks; more than 500 aircraft; thousands of pieces of camouflage and night vision gear; and hundreds of thousands of ammunition magazines, all supplied via a Department of Defence programme.