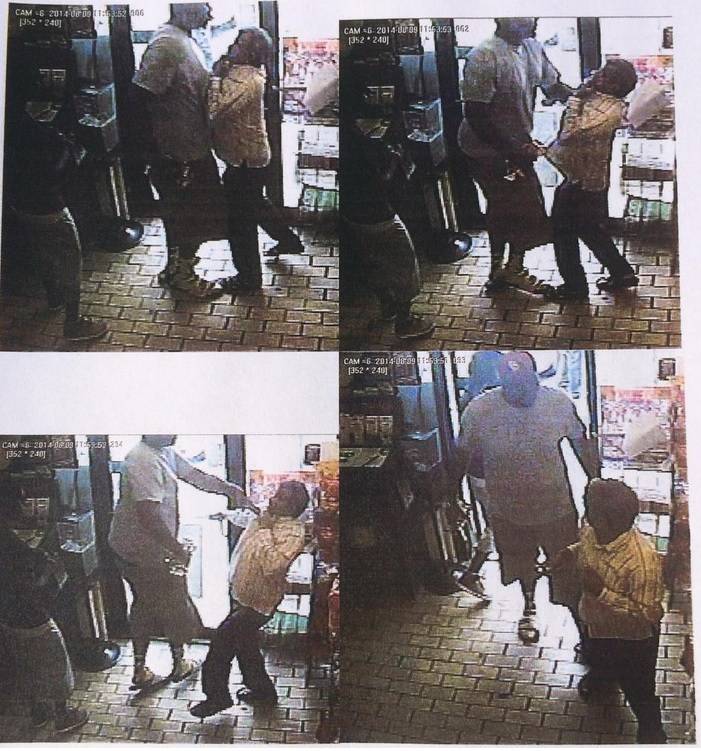 Michael Brown allegedly attacked Officer Darren Wilson as he sat in his patrol car, shattering Wilson’s eye socket, the Gateway Pundit website reported, citing sources it didn’t identify. Wilson has been telling friends — he’s made no public statement and is in seclusion — that he shot the hulking, unarmed, 18-year-old black youth after Brown “bum-rushed” him.Police told the St. Louis Post-Dispatch that they have substantiated Wilson’s version of the incident. “Police sources tell me more than a dozen witnesses have corroborated cop’s version of events in shooting,” the paper’s crime reporter Christine Byers tweeted, according to the New York Post.Wilson, who is white, reportedly suffered an “orbital blowout fracture to the eye socket” during the Aug. 9 encounter, sources in the St. Louis County Police Department and the District Attorney’s office told Gateway Pundit.The Ferguson, Missouri, shooting has sparked more than a week of unrest.Michael Brown’s parents, Michael Sr. and Lesley McSpadden, have demanded that Wilson be arrested and prosecuted. “Justice will bring peace,” McSpadden said, NBC News  reported.Friends describe Brown as a “gentle giant” who was gearing up to start Vatterott College career training institute later this week, the St. Louis-Post Dispatch reported.Meanwhile, in the early hours of Tuesday morning, police shot and killed a knife-wielding 23-year-old black man — just two miles from where the Brown incident took place — who had stolen pastries and energy drinks from a convenience store. According to Sam Dotson, chief of the Metropolitan Police Department, City of St. Louis: “The suspect, who right now is described as a 23-year-old African-American, was acting erratically — walking back and forth up and down the street. As officers arrived, the suspect turned towards the officers and started to walk towards them clutching his waistband. He then pulled out a knife . . . and told the officers, ‘Shoot me now! Kill me now!'” Dotson added, “One of the witnesses described it as a suicide by cop,” the Post-Dispatch reported.