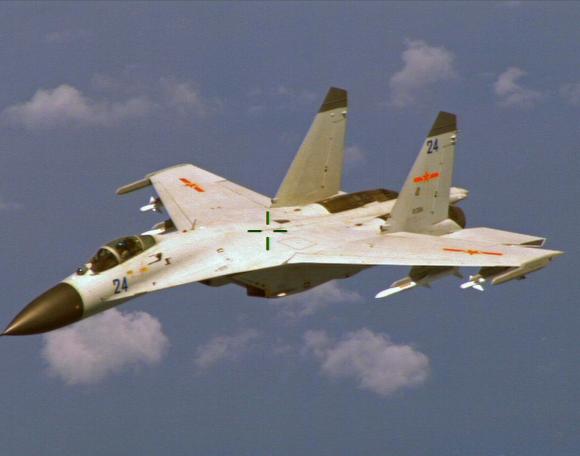 BEIJING (Reuters) – China on Thursday urged the United States to cut back on, or even stop, its close surveillance of the Asian giant using patrol aircraft, if it seriously seeks to repair damaged bilateral ties.

Ties between the world’s two largest economies have been strained by competing territorial claims between China and its neighbors, some of them U.S. allies, in the South China and East China seas.

The two countries have exchanged barbs over a jet intercept of a U.S. navy patrol plane by a Chinese aircraft last week, with the United States saying the Chinese jet came within 10 m. (33 ft) of its plane over the sea.

“If the United States really hopes to avoid impacting bilateral relations, the best course of action is to reduce or halt close surveillance of China,” Defense Ministry spokesman Yang Yujun said in a statement on the ministry’s website.

China has said the criticism by the United States, which filed a diplomatic complaint with Beijing on Friday, is groundless and that its pilot kept a safe distance.

Military officials from both countries held talks on rules of behavior this week at the Pentagon, a U.S. official said.

The incident took place 220 km (137 miles) from China’s southern island province of Hainan, Yang said. Hainan is home to several military bases, including one that houses a sensitive submarine fleet.

“Compared to those countries that let their pilots fly about at other people’s doorsteps, we certainly value the security of our pilots and equipment more,” he said.

The United States and China have differing views about the legality of U.S. military overflights in much of the region as a result of China’s broad territorial claims and differing interpretations of rights under the Law of the Sea treaty.

Yang blamed the U.S. patrols as being the root cause of unforeseen air incidents.

“The U.S. is constantly nagging about the distance between both countries’ aircraft and technological issues and neglecting the political problem of its high-frequency, close surveillance of China.”

China’s sovereignty claims over the strategic stretch of mineral-rich water off its southern coast and to the east of mainland Southeast Asia set it directly against U.S. allies Vietnam and the Philippines, while Brunei, Taiwan and Malaysia also lay claim to parts of the disputed areas.