Cause of global warming hiatus found deep in the Atlantic Ocean 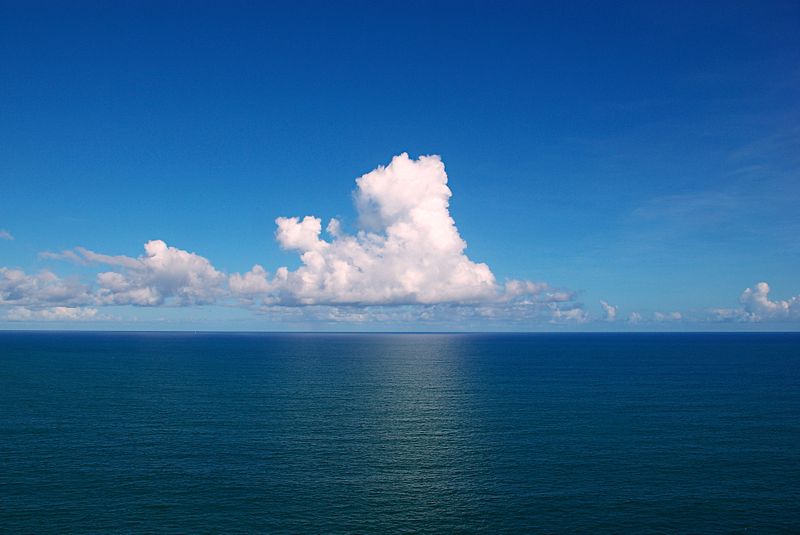 Cause of global warming hiatus found deep in the Atlantic Ocean

Following rapid warming in the late 20th century, this century has so far seen surprisingly little increase in the average temperature at the Earth’s surface. At first this was a blip, then a trend, then a puzzle for the climate science community.

More than a dozen theories have now been proposed for the so-called global warming hiatus, ranging from air pollution to volcanoes to sunspots. New research from the University of Washington shows that the heat absent from the surface is plunging deep in the north and south Atlantic Ocean, and is part of a naturally occurring cycle. The study is published Aug. 22 in Science.

“Every week there’s a new explanation of the hiatus,” said corresponding author Ka-Kit Tung, a UW professor of applied mathematics and adjunct faculty member in atmospheric sciences. “Many of the earlier papers had necessarily focused on symptoms at the surface of the Earth, where we see many different and related phenomena. We looked at observations in the ocean to try to find the underlying cause.”

The results show that a slow-moving current in the Atlantic, which carries heat between the two poles, sped up earlier this century to draw heat down almost a mile (1,500 meters). Most of the previous studies focused on shorter-term variability or particles that could block incoming sunlight, but they could not explain the massive amount of heat missing for more than a decade.

“The finding is a surprise, since the current theories had pointed to the Pacific Ocean as the culprit for hiding heat,” Tung said. “But the data are quite convincing and they show otherwise.”

Tung and co-author Xianyao Chen of the Ocean University of China, who was a UW visiting professor last year, used recent observations of deep-sea temperatures from Argo floats that sample the water down to 6,500 feet (2,000 meters) depth, as well as older oceanographic measurements and computer reconstructions. Results show an increase in heat sinking around 1999, when the rapid warming of the 20th century stopped.

“There are recurrent cycles that are salinity-driven that can store heat deep in the Atlantic and Southern oceans,” Tung said. “After 30 years of rapid warming in the warm phase, now it’s time for the cool phase.”

Rapid warming in the last two and a half decades of the 20th century, they proposed in an earlier study, was roughly half due to global warming and half to the natural Atlantic Ocean cycle that kept more heat near the surface. When observations show the ocean cycle flipped, in about 2000, the current began to draw heat deeper into the ocean, working to counteract human-driven warming.

The cycle starts when saltier, denser water at the surface northern part of the Atlantic, near Iceland, causes the water to sink. This changes the speed of the huge current in the Atlantic Ocean that circulates heat throughout the planet.

The oscillations have a natural switch. During the warm period, faster currents cause more tropical water to travel to the North Atlantic, warming both the surface and the deep water. At the surface this warming melts ice. This slowly makes the surface water there less dense and after a few decades puts the brakes on the circulation, setting off a 30-year cooling phase.

The authors dug up historical data to show that the cooling in the three decades between 1945 to 1975 – which caused people to worry about the start of an ice age – was during a cooling phase. (It was thought to have been caused by air pollution.) Earlier records in Central England show the 40- to 70-year cycle goes back centuries, and other records show it has existed for millennia.

Changes in Atlantic Ocean circulation historically meant roughly 30 warmer years followed by 30 cooler years. Now that it is happening on top of global warming, however, the trend looks more like a staircase.

This explanation implies that the current slowdown in global warming could last for another decade, or longer, and then rapid warming will return. But Tung emphasizes it’s hard to predict what will happen next.

A pool of freshwater from melting ice now sitting in the Arctic Ocean, for example, could overflow into the North Atlantic to upset the cycle.

“We are not talking about a normal situation because there are so many other things happening due to climate change,” Tung said.