California Is Now Experiencing Its Most Severe Drought Ever Recorded 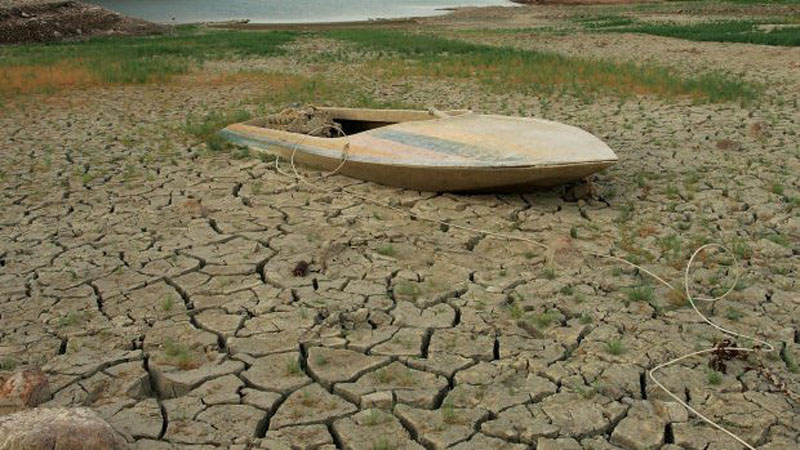 California Is Now Experiencing Its Most Severe Drought Ever Recorded

Irrigation water runs along a dried-up ditch between rice farms in Richvale, Calif.

California’s drought has reached levels so high and widespread that it’s now the most severe drought ever recorded by the federal government in the state, according to new data released Thursday.

The U.S. Drought Monitor, which began issuing drought reports in 1999, showed that the majority of the state is now in the worst category of drought conditions. Specifically, roughly 58 percent of California is considered to be in “exceptional drought” — a category marked by dark red in the picture below — which is the most severe of five drought categories.

“I think we’re looking at a once in a generation type of event,” National Drought Mitigation Center climatologist Mark Svboda told Andrew Freedman at Mashable.

Freedman also pointed out that even though the Drought Monitor has only been keeping record of dryness since the late 1990s, there’s evidence that this particular drought is “more severe in many ways than a landmark drought in the late 1970s, and is comparable, if not worse than, events that occurred since instrument records began in the mid-19th century.”

California’s drought has been serious for some time. In May, the U.S. Drought Monitor showed that “severe drought” — the level just below “exceptional” — officially covered every inch of the state, setting up “unprecedented” fire conditions in several areas. The extreme drought and heat have depleted reservoirs and even aquifers, increasing the state’s chance of earthquakes, a recent Nature study found.

The severity of the drought now is also increasingly threatening the state’s $44.7 billion agricultural industry, the Drought Monitor noted, saying California’s topsoil moisture reserves are “nearly depleted.” It’s impacting people’s lives, too — earlier this month, California agreed to impose fines of up to $500 on residents who were caught doing things like washing cars with running hoses, watering lawns during the hottest parts of the day, and letting water from outdoor sprinklers run down sidewalks. Some Californians are even taking to social mediato call out and shame neighbors and businesses that are wasting water.

The latest report of the U.N. Intergovernmental Panel on Climate Change, a conservative panel which draws from the expertise of more than 800 scientists around the world, said it is “more likely than not” that man-made global warming is causing longer and more intense droughts in many regions, including the American Midwest and California. Climate change has also been shown to worsen Western droughts, even if it doesn’t reduce precipitation.