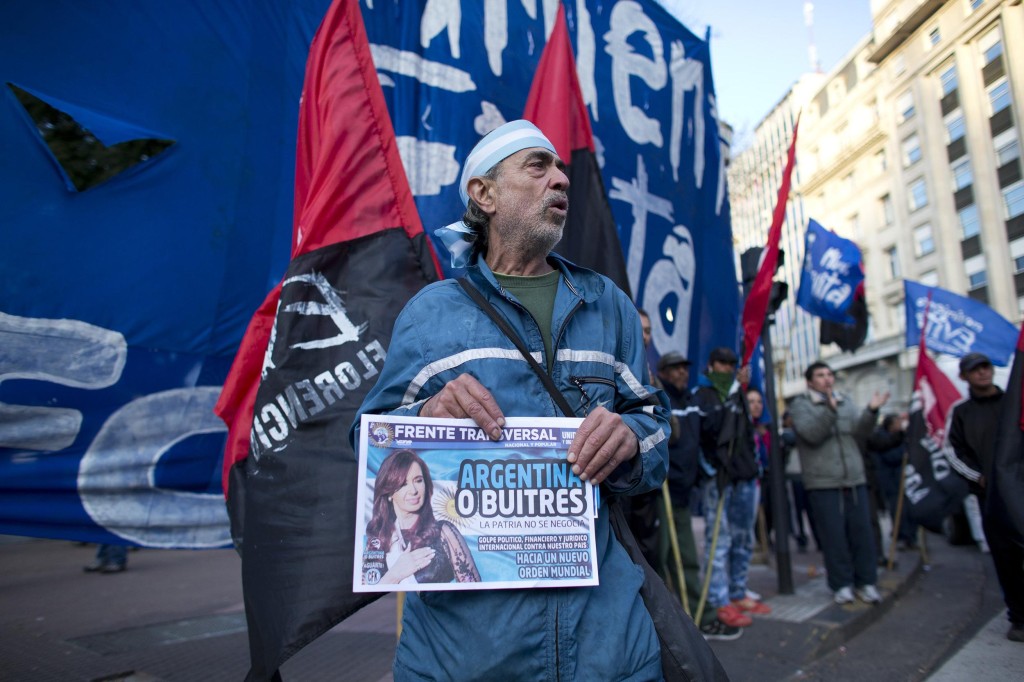 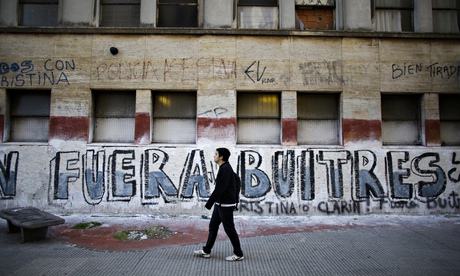 A man walks by a graffiti that reads ‘Out Vultures’, in reference to the dispute between the Argentina and US hedge funds, known locally as vulture funds. Photograph: Victor R. Caivano/AP

Argentina has asked the international court of justice (ICJ) in The Hague to take action against the United States over an alleged breach of its sovereignty as it defaulted on its debt.

Argentina defaulted last week after losing a long legal battle with hedge funds that rejected the terms of debt restructurings in 2005 and 2010.

A statement issued by the ICJ, the United Nation’s highest court for disputes between nations, said Argentina’s request had been sent to the US government. It added that no action will be taken in the proceedings “unless and until” Washington accepts the court’s jurisdiction.

The US has recognised the court’s jurisdiction in the past, but it was not immediately clear if it would do so in Argentina’s case.

The default came after Argentina failed last week to strike a deal with the main holdouts among investors, hedge funds NML Capital and Aurelius Capital Management.

Buenos Aires maintains it has not defaulted because it made a required interest payment on one of its bonds due in 2033, but a judge in the US district court in Manhattan blocked that deposit in June, saying it violated an earlier ruling.

Argentina said in its application to the court that the United States had “committed violations of Argentinian sovereignty and immunities and other related violations as a result of judicial decisions adopted by US tribunals.”

Latin America’s third-largest economy defaulted on about $100bn (£59bn) of sovereign bonds in 2002. Most holders of those bonds accepted less than 30 cents on the dollar in the 2005 and 2010 restructurings. But a minority of holders opted to sue in the US courts for full repayment.