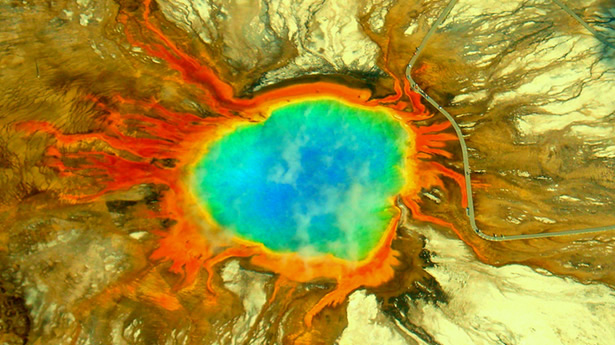 Tourists at Yellowstone National Park are being barred from areas of the park because the massive underground supervolcano beneath it is melting the asphalt roads.

“It basically turned the asphalt into soup. It turned the gravel road into oatmeal,” Yellowstone spokesman Dan Hottle said. In particular, Hottle said that the road between the park’s most popular attraction, Old Faithful, and Madison Junction has been dangerously compromised.

Park officials also asked tourists not to hike into the affected areas, as the danger of stepping through what appears to be solid soil into boiling-hot water was “high.”

“There are plenty of other great places to see thermal features in the park,” park spokesman Al Nash told The Weather Channel. “I wouldn’t risk personal injury to see these during this temporary closure.”

It is not known when the road, which services the three million people who visit the park every year, will be reopened.

Late last year, geologists discovered that the supervolcano was more than twice as large as previously thought.

“We found it to be about two-and-a-half times larger than we thought,” the University of Utah’s James Farrell told National Geographic. “That’s not to say it’s getting any bigger,” he added, “just that our ability to see it is getting better.”

[Great Geyser at Yellowstone National Park via yellowstonenps on Flickr]